Brexit: the elites are taking back control

They treat Remain voters as a stage army and Leavers as if we were invisible. 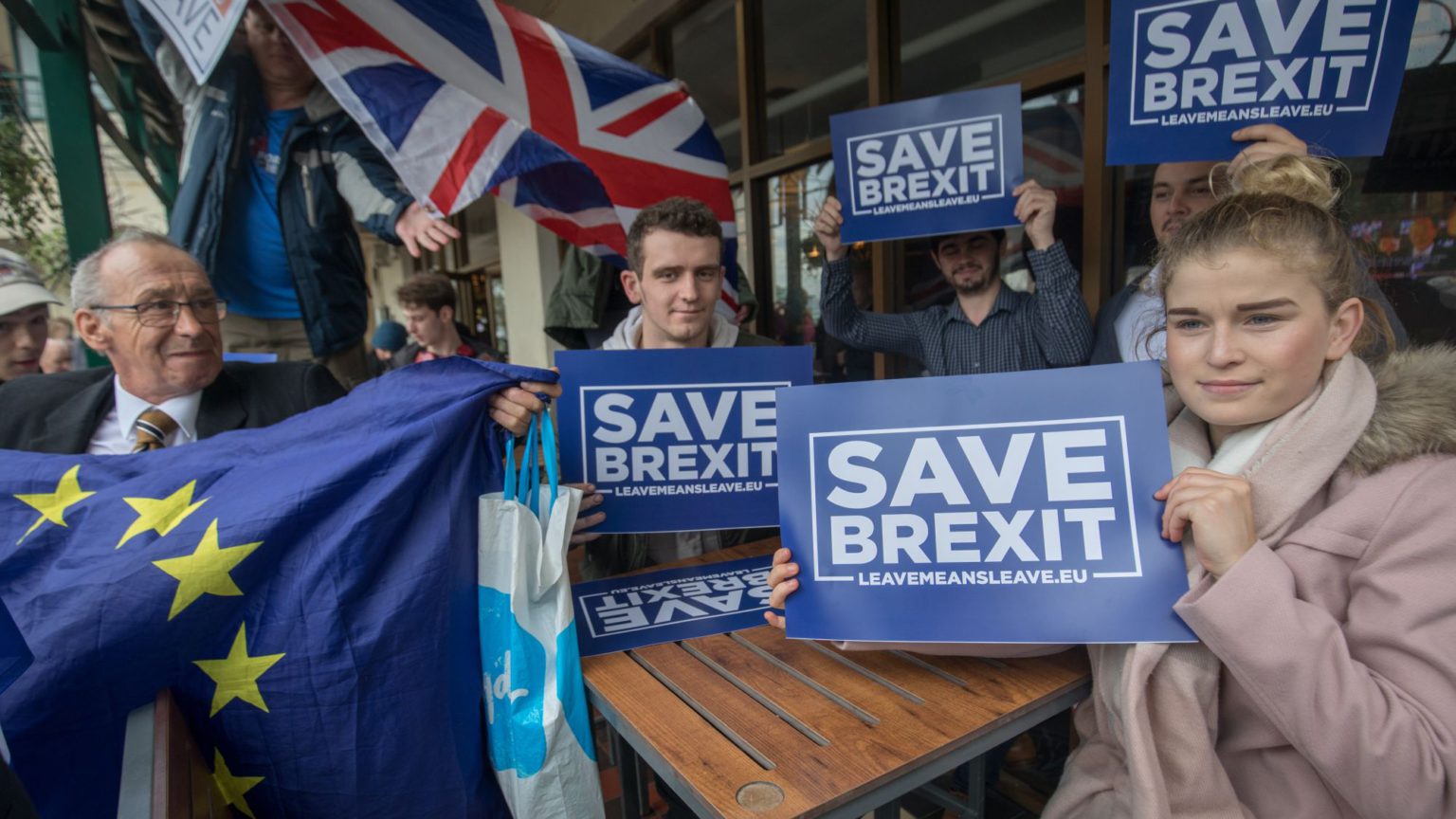 The only certainty about Brexit right now is that the establishment is, to coin a phrase, taking back control, as it tries to secure a deal that would best preserve its interests. The millions who voted Leave – and indeed the millions who voted Remain – are being shut out of the elites’ secretive dealing to decide our future.

London’s Labour mayor Sadiq Khan told Saturday’s anti-Brexit stroll, masquerading as a march for a ‘People’s Vote’, that it was an ‘historic moment in our democracy’. Well, he got one thing right at least. It was not history-making and had nothing to do with democracy. But it was a moment, one that has already passed.

Even before the placards had been taken away for recycling, the news media had switched focus back to the wrangling of the UK and EU elites in their offices, committee rooms and private clubs. It was as if the mass demonstration had never happened.

Even the hardcore Remainers and their dogs who marched against Brexit are only a part-time stage army so far as the political class is concerned. Our rulers view them as useful idiots and tame show poodles, to be briefly displayed before the cameras but promptly shooed off stage before they cause a mess – or embarrass their betters with those placards swapping a Nazi swastika for the x in Brexit.

And while Remain supporters are patronised, the mass of Leave voters is being ignored as if they did not really exist at all. Leave’s victory in the 2016 EU referendum was the most revolting blow the British elites had felt in a lifetime. They have spent the past two years quietly taking back control of political life, by monopolising the Brexit debate. The losers want to award themselves the trophy.

Who now represents the 17.4million Leave voters – the largest mandate for anything in British political history? The only party in parliament led by committed Leavers is the small and much-maligned Democratic Unionist Party of Northern Ireland, which won a total of 292,316 votes in the 2017 General Election – 0.9 per cent of the UK total. Is the DUP now supposed to stand for all 52 per cent of the referendum voters?

And who honestly represents the 16.1million Remain supporters – the second-biggest vote in British political history? Both the Tory and Labour parties stood in the last election on false promises to respect the referendum result, while working to undermine it in practice. No leading Labour politician except Khan turned out for Saturday’s Remainer march. Are those 48 per cent of referendum voters content with being led by the living deadbeats of the Liberal Democrat party?

After the 2016 referendum, surveys showed voters on all sides saying that, for the first time, they felt their vote had ‘really counted’. Now the message is that our votes and opinions count for nothing. We are expected to be passive spectators to our own unfolding history, while our unrepresentative leaders wheel and deal to agree a form of Remain by another name.

As Brexit becomes an increasingly private affair of the political elites, the big questions to be decided are apparently how many Tory MPs will vote to rebel against Theresa May’s betrayal of Leave, or how many Labour MPs might vote to support her. The question of what actual voters might think of any of these shenanigans is barely even asked. Little wonder that more people now feel like bored spectators of Brexit.

All of which makes it more important that we now raise a voice to demand no deal that sells our democracy down the river (be it the Thames, or the Channel). A no-deal, clean-break Brexit would not only be the available option most consistent with the democratic referendum mandate – it also has the most potential for taking our destiny out of the hands of the conniving elitists in Westminster and Brussels. They warn it would lead to uncertainty. No doubt – but then, uncertainty has been the midwife of every democratic change for the better that humanity has ever made.

The need now is not for a phoney ‘People’s Vote’, but a push to implement what the people really voted for – Brexit, rather than a bodged-up, half-cocked Remain by another name. Never mind the talk of a deal being done and dusted. What’s clear is that the democratic revolt to ‘take back control’ has hardly begun. And it will mean taking on not just the Eurocrats but also the all-party democracy-fearing alliance in the UK, which has as much contempt as any Juncker or Barnier for the revolting British demos.