The British police have become the armed wing of offence culture. 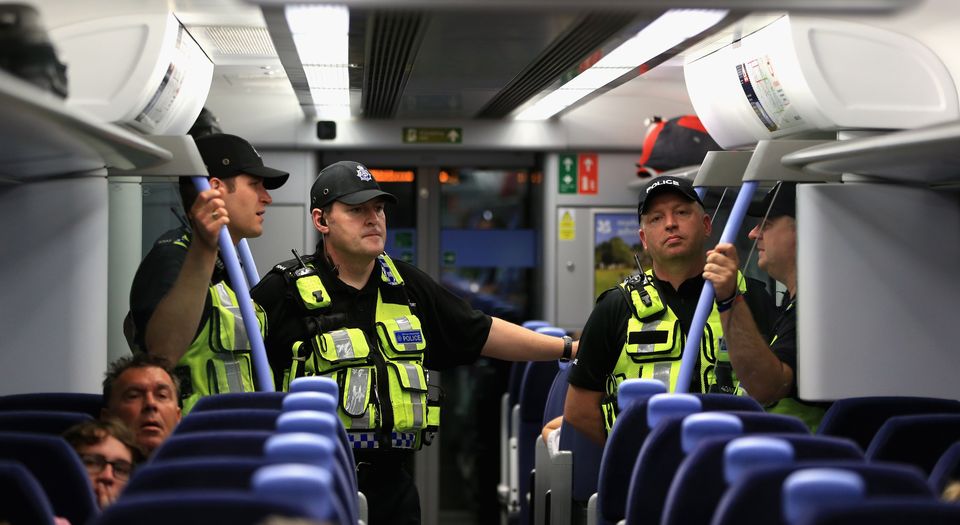 ‘PC police’ may have become a tired phrase. But it seems it can now be taken literally. Last week news broke that a senior Scotland Yard officer is under investigation for using the phrase ‘whiter than white’ in a briefing to colleagues. He was discussing the importance of police officers being ‘above reproach’ in how they conduct themselves. But nevertheless a complaint was made and now the Independent Office for Police Conduct (IOPC) is investigating him for ‘the alleged use of language deliberately intended to be offensive and that had racist undertones’. He has been placed on restricted duties and has reportedly been warned that the inquiry may take up to 12 months to complete.

This is a story so thoroughly insane that even the most fulminating anti-PC warrior among us would have to do a double take. But a spokesman for the IOPC has indeed confirmed that not only is the investigation into the officer under way, but that it is part of a broader investigation into ‘allegations of serious corruption and malpractice’. So this superintendent, who is reportedly ‘highly respected’, is being hauled over the coals alongside bribe-takers and other bent coppers. And for what? For using a phrase that is not racist, has never been racist, and would require a fundamental ignorance of the English language for anyone to perceive as racist. Jesus wept.

That the British police not only have incredibly easily hurt feelings, but also systems in place to protect those incredibly easily hurt feelings, is one thing. The problem is that they are also becoming more and more interested in imposing their speech codes on the rest of society. A few weeks ago, South Yorkshire Police started a campaign called ‘Hate Hurts’, calling on people to report ‘non-crime hate incidents’ to what was swiftly nicknamed the ‘hurty-feelings helpline’. In 2016, Greater Glasgow Police ran a similar campaign telling the public to ‘Think before you post, or you may receive a visit from us this weekend’, accompanied by a nifty graphic, spelling out the word ‘think’ thusly: ‘T – is it true? H – is it hurtful? I – is it illegal? N – is it necessary? K – is it kind?’

Britain’s insane laws around online hate speech have sparked international attention recently. Cases of teenagers, YouTube comedians and general shit-talkers having their collars felt for offensive online speech abound; as a Times investigation found last year, as many as nine people a day are arrested for what they post online. But the police’s activities recently remind us that this is not just a matter of what’s on the statute book, but also of how the police are choosing to enforce it. According to The Times, nearly half of online hate-speech investigations are eventually dropped. South Yorkshire’s ‘Hate Hurts’ campaign explicitly appealed for reports of ‘non-crimes’. And ‘is it illegal?’ was only one of the questions Greater Glasgow Police told us to ask ourselves before we post.

This is chilling. It is bad enough that the armed wing of the British state is required by law to police our speech, but now it seems to be taking it upon itself to quasi-criminalise speech it deems ‘hurtful’ or even just ‘unkind’. The question is: why are they doing it? Why has the plod bought into the ‘words hurt’ doctrine to the absurd extent that cops are now subjecting their staff to Kafkaesque investigations merely for uttering the phrase ‘whiter than white’? This is especially strange at a time when the police are coming under increasing criticism for failing to pursue actual criminals: Home Office figures suggest just nine per cent of crimes now end with a suspect being charged. If resources are as squeezed as many police forces say they are, why are they spending so much time patrolling our tweets?

Perhaps the spectre of police racism, the finding, after the murder of Stephen Lawrence, that the police were ‘institutionally racist’, is still casting a shadow. Perhaps this zero-tolerance approach to allegedly ‘racist’ turns of phrase is an attempt to demonstrate the police’s newfound anti-racist credentials. But then again, you can easily not be racist and not go after people for saying offensive, but non-criminal, things on the internet. It is not a difficult balance. Whatever is driving the ignoble rise of the literal PC police, it seems there’s never been a better time to get the boys in blue out of the censorship game for good.