He was so much more than a nature-loving mystic. 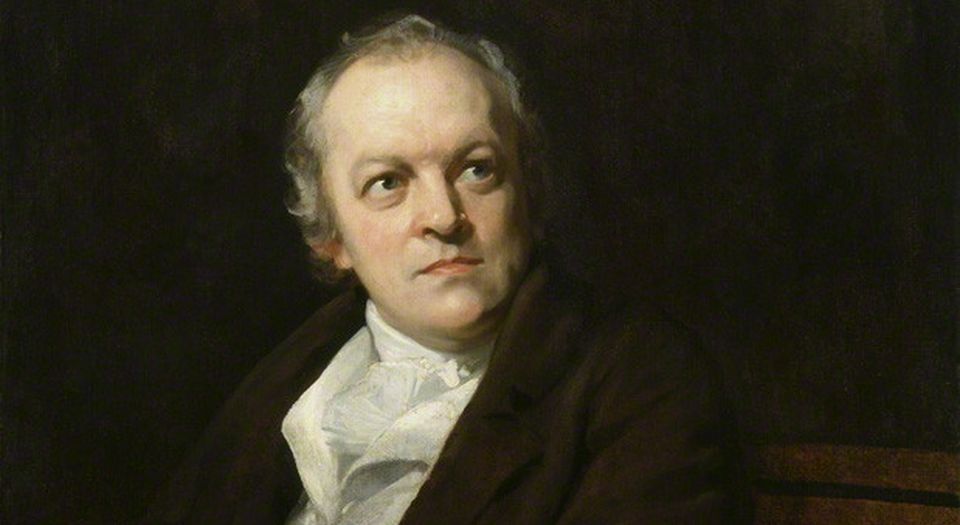 Nearly two centuries after his death, the final resting place of William Blake (1757 – 1827) is about to be marked with a gravestone. The remains of the poet-painter lie in a common grave under an anonymous patch of grass in Bunhill Fields cemetery, just outside the City of London.

On 12 August, myself and fellow trustees of the Blake Society will unveil a new ledger stone on the site, exquisitely carved by leading stonecutter Lida Cardozo. The ceremony will be open to all.

I’m hoping Bunhill Fields will be filled with people on that day, because I believe that, though Blake is long dead, he is still the finest poet of liberty and the human potential, and we need his work to awaken the dissenting imagination more than ever.

This is not how Blake is usually seen today. Most people tend to think of him as bucolic, and otherworldly, painting mystic visions of angels in Heaven while opposing the Industrial Revolution on Earth. A sort of patron saint of hippies, peaceniks and eco-warriors.

For me, nothing could be further from the truth. I think today is an apposite time to honour Blake because our present illiberal, censorious and conformist era shares many parallels with the period in which he lived. In the famous verses we know today as the hymn ‘Jerusalem’, Blake characterised the England of his day as a ‘green and pleasant land’, but this was preceded by the line ‘I will not cease from Mental Fight, nor shall my sword sleep in my hand’, because beneath the veneer of Georgian respectability, England was a deeply divided nation.

A new kind of elite was emerging, at odds with the masses and fearful of popular revolt. It used the supposed threat the people posed to the social order as a pretext for a climate of conformity and authoritarian political control. One weapon in this war was public displays of piety, moral rectitude and the exposure of sin, amid pronouncements and curbs against human desires. Humanity is diseased, ran the gospel, because it rebels against nature and holy writ.

The other weapon used by the elite of Blake’s time was a deterministic science which saw the universe as a vast machine created and set in motion by a blind and remote god. Once its mighty cogs were turning, there was no alternative for human activity but to try to hide out of the way. Blake’s ‘Mental Fight’ was against these twin orthodoxies.

Declaring ‘opposition is true friendship’, and ‘without contraries is no progression’, Blake took on conventional thinking. He penned ‘A Song of Liberty’, and epics in praise of the French and American revolutions. He was in the vanguard when the Gordon rioters burned the debtors prison at Newgate. He joined the circle of the influential radical publisher Joseph Johnson and put the idea in Thomas Paine’s head of going to America, as explored in Jack Shepherd’s 1989 play In Lambeth.

Although, today, he is associated with mild and beatific angels, Blake’s visions, as expressed in his paintings, were more often full of the fires of revolution, boiling storm clouds and eclipses, with figures in chains or bursting free of tombs, while old men with flowing white beards wrote lists of transgressions in books of brass.

Meanwhile, his poetic lines were calculated to offend the conventional complacencies of his day, with aphorisms such as ‘Sooner murder an infant in its cradle than nurse unacted desires’, ‘the road of excess leads to the palace of wisdom’, and ‘What is now proved was once only imagined’. In a letter to a friend he wrote, ‘Why was I not born like the rest of my race? When I speak I offend… the pen is my terror, the pencil my shame.’

For Blake, angels acted as symbols of the unctuous morality of polite society. Against this, he considered himself ‘of the Devil’s Party’, delighting in the ‘the fires of Hell’ where he assembled his ‘Bible of Hell’, ‘printing in the infernal method, by corrosives, which in Hell are salutary and medicinal, melting apparent surfaces away, and displaying the infinite which was hid’. In his book The Marriage of Heaven and Hell, for example, he delightfully explains how Jesus broke every one of the Ten Commandments.

Blake’s body of work is a defence of energy, desire, revolution, passion and righteous anger, guided by intellect. ‘Children of the future age, reading this indignant page, know that in a former time, love, sweet love, was thought a crime’, runs one of his verses.

Although Blake famously wrote that a world could be seen in a grain of sand and heaven in a wild flower, he was not the tree-hugging nature-lover many assume him to be. ‘Where man is not, nature is barren’, he proclaimed. He claimed that all aspects of Nature were ‘men seen afar’ and that ‘everything is an attempt to be human’.

The only god Blake believed worthy of worship was humanity in its ‘infinite’ or ‘unfallen’ aspect, in which it is able to bend chaotic and uncaring nature to its will and walk across the ‘starry floor’ of the universe at leisure. Blake was religious because he spent his life pointing to the divine and transcendent qualities of human nature. Jesus, for him, was not a supernatural saviour, but a symbol of the totality of humankind, of the spark within Man to become God. The most precious and important things in the world for Blake were the desires of the human imagination.

In 1803, Blake was tried for sedition. Had he not been acquitted, he would have faced transportation, or even, perhaps, a death sentence, and the world would have been deprived of the amazing work of this pre-eminent poet of humanity. But every time I hear today of the latest ban by government fiat, student diktat or righteous activist, I wonder: if Blake had been on trial today, would he have lost?

Gareth Sturdy is a teacher. The new gravestone of William Blake will be unveiled in Bunhill Fields, London, at 3pm on 12 August. All are welcome. Details here.