Three cheers for the Iranian women defying their regime. 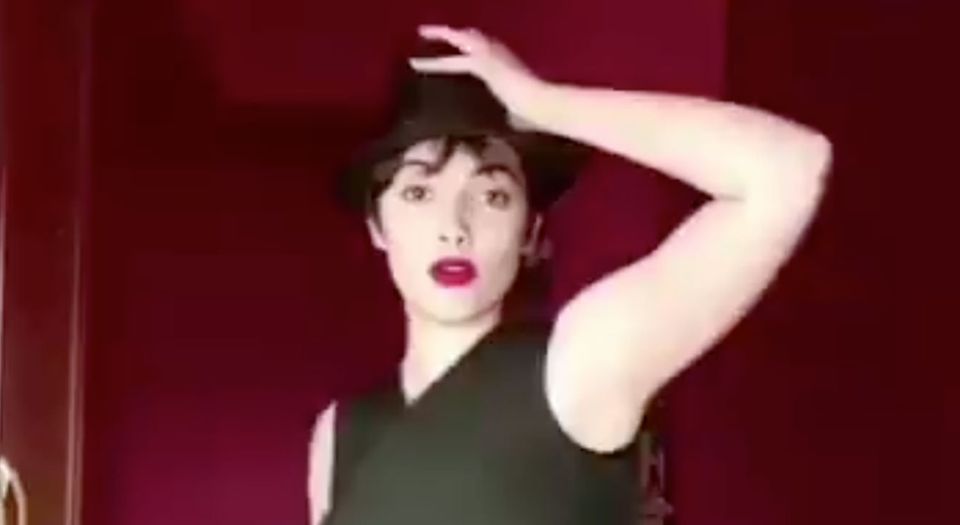 Western observers often feel pity for women who live in non-Western countries. Women in wartorn parts of the world, in developing nations or living under authoritarian regimes are held up as tragic figures, as helpless.

Iranian women have for a long time been challenging this patronising view. Remember the pictures of Vida Movahed, the mother in her thirties who removed her headscarf, stood on a box in the middle of Enghelab Street in Tehran, and waved the scarf like a flag? This bold move inspired The Girls of Revolution Street (Enghelab means revolution in Farsi), a collection of individuals and groups who took part in similar protests in support of Movahed. For decades, Iranian women have risked arrest and punishment for breaking modesty laws.

And now, Iranian women are taking to social media to dance in protest against strict laws on chastity and modesty. Maedeh Hojabri, an 18-year-old gymnast, was arrested after posting on Instagram videos of herself dancing for the camera, often without her headscarf. She was detained, and later she made an apologetic public statement, which many believe was made under duress. In response, Iranian women are posting their own videos, using the hashtag #dancing_isn’t_a_crime and #dance_to_freedom.

The courage of these women is inspiring. They face arrest, beatings and social ostracisation simply for refusing to cover their heads and behave in a way the Iranian authorities think is appropriate. Older Iranian women of course remember what life was like before the 1979 Islamic Revolution which deposed the Shah and installed Ayatollah Khomeini. Back then, Iran was a relatively prosperous and modernised country, where women enjoyed the freedoms offered by 1970s culture. Then, after 1979, came an immediate and extreme oppression of women’s freedom.

This is why so many Iranian women and men have risked their safety to protest against the regime. In 2014, a group of men and women were put in jail and sentenced to lashes for dancing to the pop song ‘Happy’ in a video protest they hoped would show the world that Iranians aren’t all doom and gloom. Hijab protester Shaparak Shajarizadeh, who joined the ‘White Wednesdays’ movement of women removing their headscarves and posting video footage online, has reportedly been sentenced to 20 years in prison for her act of defiance.

Never mind being wolf-whistled at or being allegedly talked over in boardroom meetings – these women know what it means to face true patriarchal rule, and they are bravely defying it. Their revolts should be an inspiration to women across the world, and we should stand (or dance) in solidarity with them.