Capitalists of the world, unite against Brexit! 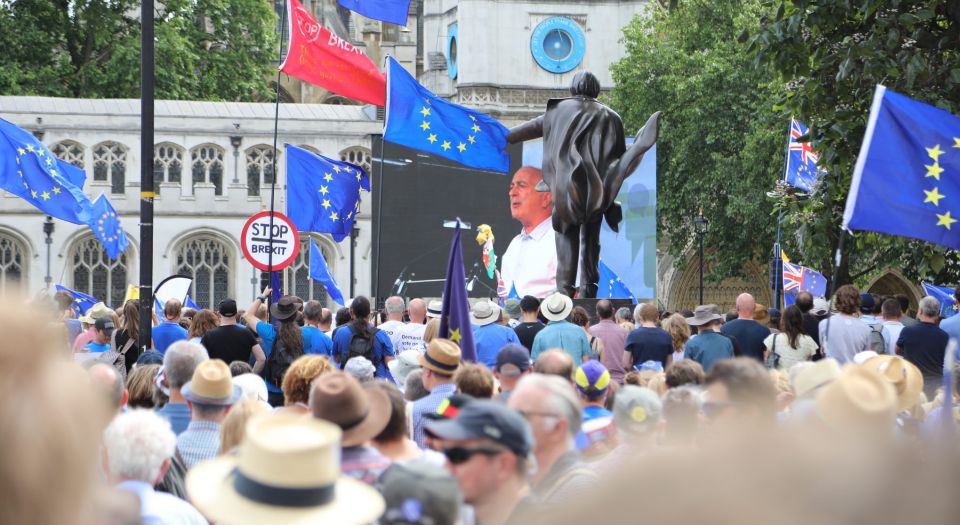 There is a miserable, thick-headed irony to the spectacle of those who, having been desperate to delegitimise the Brexit vote by claiming absurdly proxied and indirect Russian interference, are now calling on big multinational corporations to, er, interfere directly in the Brexit vote.

After all, what else is the public declaration of aerospace firm Airbus that it will ‘reconsider its investments in the UK and its long-term footprint in the country’ if Britain left the European Union’s Single Market and Customs Union without a transition agreement? What else is BMW’s threat to refocus investment away from Britain if it abandons the Single Market than an attempt to influence the government’s approach to negotiations with Brussels? What else is this combined threat to cut a total of 22,000 jobs in England and Wales, plus many thousands more in the supply chain, if not an attempt to undercut, undermine and, yes, interfere in, the democratic mandate of Brexit?

They may dress it up as economic pragmatism, as fact-checked, evidence-based sensibleness, a simple plea for ‘certainty and clarity’. But make no mistake: this is a move by multinational corporations to advance their interests at the expense of democracy; a move by capitalist concerns against the unequivocal demand of 17.4million people to leave the EU.

Not that certain pro-EU, Remainer sections of society are willing to recognise the actions of two large corporations for what they are – profoundly anti-democratic. Quite the opposite. They complain that the capitalist class is not interfering enough, that it is too content to lobby behind the scenes, that it is not doing its bit to fight Brexit openly. So this weekend, the Financial Times called on more big businesses to speak out against Brexit, just as Paul Drechsler, the Confederation of British Industry chief, did at a corporate do at Mansion House earlier this year, and just as the Guardian’s Polly Toynbee did in March when she complained that ‘the muted voice of business during and since the referendum has been shameful’.

Muted? Really? Before and after the referendum, we have rarely heard or seen anything else except veiled threats from the worlds of multinational and finance capitalism. Two years ago, on the eve of the vote, Virgin’s celeb-capitalist Richard Branson, the chair of the Premier League and car-industry executives all publicly backed Remain, with Branson warning that Brexit would be ‘devastating’ for the UK economy. The week after 17.4million decided to ignore this fearmongering advice of business owners and bosses, and vote to leave the EU, the advice turned into doom-laden prophecy, with a leader writer for that tribune for the capitalist class, the FT, telling readers that ‘the decision to leave [the EU] will be costly’, and ‘probably the most disastrous single event in British history since the Second World War’.

And there has been little let-up in The Brexit is Nigh propaganda ever since, with the Bank of England issuing what seems like a monthly forecast of economic armageddon, and the Institute of Fiscal Studies issuing nightmare scenarios after every admittedly Panglossian government announcement – all of which has been eagerly and almost sadistically hoovered up by smug Remainers keen to tell us how stupid and self-destructive our Brexit vote was.

From the perspective of large businesses this attempt to keep Britain in the Single Market, and reverse the Brexit vote, makes sense. Not because bosses or EU leaders are concerned about workers (as confirmed by their strike-breaking and impoverishing actions in Greece and Italy), but because they are concerned about profit margins. And membership of the EU is good for profit margins because it promises fewer trade barriers and, of course, access to a reserve army of cheap labour. It is, to use the faux radical parlance of the day, a neoliberal project.

All of which makes the sight of Remainers – many of whom, as the tedious ritual of the virtuous demands, denounce neoliberalism, wring their hands over inequality and treat a Starbucks coffee as a drink with the tax-avoiding devil – allying themselves with huge capitalist concerns all the more bewildering, and telling. No doubt the likes of Labourite remainers, such as Keir Starmer or Chuka Umunna, will claim, of course, that they are only thinking of the workers whose jobs are threatened. Yet if that was really the issue, then the fight should be with the bosses of those businesses making the threats, not Brexit voters. Moreover, those now using Airbus and BMW’s interventions to hammer Brexit further seem to think nothing of the wishes of those self-same workers (and non-workers) who, in full cognisance of what leaving the EU meant, voted for Brexit.

Remainers championing the interests of capital just cannot see what they are doing. They believe they are still fighting greedy capitalists and fat cats, because, in their 1980s virtual reality, they are still fighting the Tories, the party of greed and the fat few. But they are not really fighting the Tories, no matter how hard they try to project Thatcher’s visage on to May’s. If May, a Remainer, had her way, she would be cheering Airbus on. No, those who think they are fighting the Tory government are simply fighting those the Tory government reluctantly represents and is democratically beholden to – people who voted for Brexit.

So this is where we’re at. Multinational corporations, pursuing the cold interests of capital and the self-preservation instinct of the EU, are urging the British state to betray the passionate interests of Brexit voters. And they are being cheered on, not just by the rapacious right of old, but also by the shamelessly opportunist left of today. And so the establishment reconstitutes itself.

Picture by: John Lubbock, published under a creative commons license.