The hole at the heart of the new Star Wars films 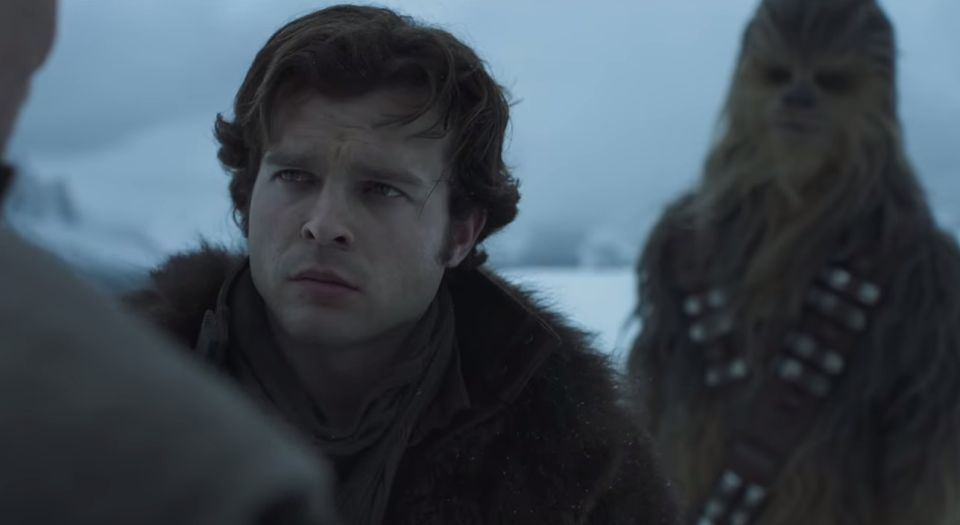 For the first time ever, ‘Star Wars’ has produced a bona fide flop at the box office. Solo: A Star Wars Story, a prequel/spin-off featuring Alden Ehrenreich as a young Han Solo, is expected to make a loss of $50million, maybe even $80million. The film had a famously troubled production: Ron Howard was hired as director after the original directors were fired a month into shooting. But even this doesn’t explain how one of the most popular characters in cinema history has failed to bring in big bucks.

Perhaps audiences are feeling fatigued by the franchise. When The Force Awakens was released in 2015, it was a major cinema event: the first Star Wars film in 12 years. Solo, on the other hand, is the fourth Star Wars film of the past two-and-a-half years, following The Last Jedi by just five months. This fatigue has even led to a crisis in Star Wars merchandising: reports showed a sharp downturn in the success of the toys released for The Last Jedi.

Some commentators argue that the deciding factor in Solo’s failure was the heavily negative fan reaction to The Last Jedi. The new sequel trilogy insults the source material with its pathetic treatment of previously heroic characters like Han Solo and Luke Skywalker, while at the same time lazily recycling plot elements from the original movies. To hide this lack of invention, the new films dwell on a pretence of progressive politics: diverse cast, empowered women, queerness, etc. And when fans complain about these films, they are decried as misogynist and racist – not only by liberal commentators, but also by some Star Wars filmmakers and stars. It is ignorantly assumed that the people complaining must all be white straight male nerds, blinded by juvenile bigotry.

It clearly takes more than a bunch of nerds boycotting a movie to make a blockbuster a flop. And yet even Solo’s failure is being desperately analysed through the lens of identity politics. Forbes led the charge with an article pondering, ‘Are movies about white men box-office poison?’. Oh, that’s right: the film failed because it wasn’t diverse enough! It is notable that the identitarian handwringers overlook that Lando, played by Donald Glover this time round, is a key character in Solo. Not for the first time, they ignore non-white actors and roles in order to make their tired points about ‘white men’.

Or maybe Lando isn’t diverse enough. It is striking that Solo writer Jonathan Kasdan recently claimed that Lando is now (that is, always has been) pansexual. Of course, his sexuality is never explicitly addressed in the movie, though it is rather bizarrely implied that he is attracted to his droid. This so-called queerbaiting continues the recent trend for Hollywood blockbusters to hype their supposedly LGBT characters while refusing to show any actual LGBT comments or behaviour in their movies. It also encourages insulting stereotyping: some suggest that innocuous moments like Lando saying ‘baby’ to Han can be interpreted as ‘proof’ of his attraction to men. Well, that’s how non-straight people behave, right?

This is indicative of one of Solo’s key failings: it fills in the backstory of characters like Han, Lando and Chewy in a way that is strangely unconnected from the other films and also devoid of revelation. Events like Han winning the Millennium Falcon are no more interesting or insightful than they were when they were just vague descriptions in earlier movies. The film does a poor job of showing how Han became the cynical character played by Harrison Ford, presumably deciding to leave that to sequels which now will never be made. Other than a cameo from Darth Maul, the film is also astonishingly lacking in fan service.

Fans once loathed George Lucas for his endless ‘Special Editions’ and for the more embarrassing elements in his prequel trilogy. Yet since Lucas handed the franchise over to Disney, his prequels are now viewed in a more forgiving light. Some now praise Lucas for his continued innovation in those prequels, and for his refusal to be lazy and rehash the old movies. While Solo is not as cringeworthy as some of the prequels were, it is infinitely more bland and pedestrian. Worse, the Disney Star Wars films bungle everything that made Han one of the coolest characters in all of sci-fi. Where The Force Awakens took Han to a pathetic end, Solo has given him an equally pathetic beginning.

Watch the trailer for Solo: