Whatever happened to investigative journalism?

The Observer’s ‘scoop’ let the message get ahead of the facts. 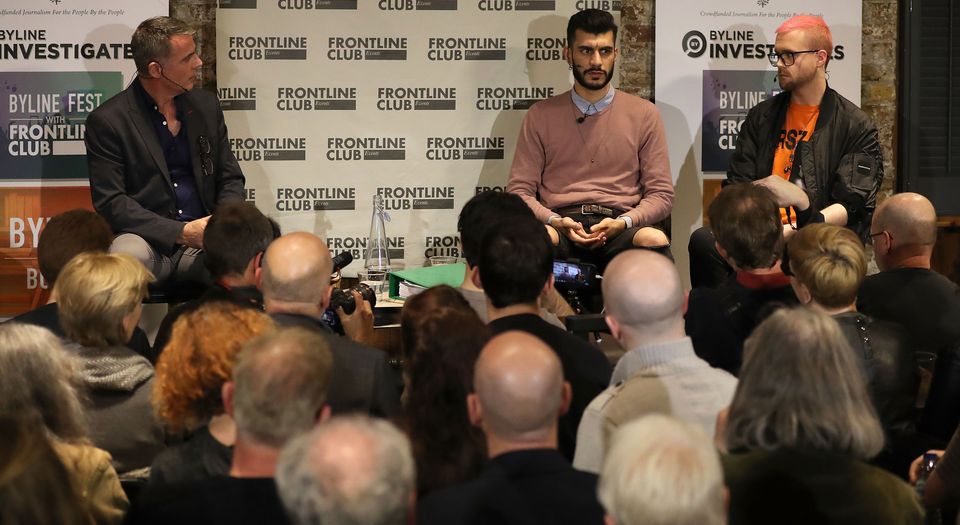 Many mind-numbing questions are still being asked about the details of Facebook data farming and the role of firms such as Cambridge Analytica. However, one big question raised by ‘Datagate’ is not being asked nearly enough: whatever happened to investigative journalism?

The Observer newspaper’s effort to expose the allegedly underhand and conspiratorial use of personal data by the Trump and Brexit campaigns has been promoted by its sister paper the Guardian, the BBC, Channel 4 and across social media. Yet the lengthy articles published under the byline of Observer/Guardian reporter Carole Cadwalladr look less like meticulous campaigning journalism than journalism as moral crusade. As with all crusades, the Observer’s rests on the faith that it is in the right, regardless of any inconvenient facts.

While the front pages continued to megaphone Cadwalladr’s ‘revelations’, few readers might have noticed an item tucked away on page 50 of Sunday’s Observer; a short ‘clarification’, aka an extraordinary correction of a series of mistakes.

In response to a legal letter from the Canadian company AggregateIQ regarding the previous week’s sensational reports, the Observer’s editors were now ‘happy to make clear’ that they had not meant to suggest that AggregateIQ is directly linked to Cambridge Analytica, ‘or has been involved in the exploitation of Facebook data, or otherwise been involved in any of the alleged wrongdoing made against Cambridge Analytica. Further, we did not intend to suggest that AIQ secretly and unethically co-ordinated with Cambridge Analytica on the EU referendum.’ It also toned down the online headlines on Cadwalladr’s two main articles.

All of which read to some like the Observer admitting that it was ‘happy to make clear’, at least to AggregateIQ’s lawyers and anybody with the stamina to reach page 50, that it could not stand up a major part of its story. This looked like more than a technical ‘clarification’. For the Guido Fawkes website, it amounted to ‘conceding that Carole Cadwalladr’s central charge linking Vote Leave, Cambridge Analytica and AggregateIQ is untrue’.

But never mind such details as central charges being ‘untrue’. Stick the correction on page 50 and carry on charging into battle regardless on the front pages, fighting the Good Fight as if nothing could be wrong.

This looks like an example of investigative journalism that is about promoting a moral message more than unearthing hard facts. The message here is that the revolting votes to leave the EU and to elect Donald Trump were somehow ‘invalid’, because gullible voters were allegedly duped by data-farming snake-oil salesmen. And if the message is the story, then the temptation becomes to make the facts fit the message.

Supposedly liberal, highbrow arms of the media such as the Guardian/Observer and the BBC like to pose as the champions of ‘ethical, public-interest journalism’, looking down with disdain upon ‘tabloid lies’ and the ‘fake news’ promoted on social media. Yet the Observer’s problems with its big story confirm that any media outlet can overstep the line and allow its agenda to get ahead of the evidence.

There are no ‘independent’ angels sitting above the fray as guardians of the public interest. As much as anybody else, the Guardian and Observer pursue the ‘public interest’ as defined by their editors – which might well mean telling the public what you think they should know. Why let a few semantic concerns about ‘unclarified’ facts get in the way of a good sermon?

The degeneration of investigative journalism has been a lengthy one. More than 20 years ago, in a pamphlet criticising the rise of ‘the Journalism of Attachment’ in war reporting, I wrote about the dangers of the media getting ‘evidence mixed up with their emotions’:

‘There is nothing wrong with journalists taking sides on the issues and conflicts they cover. Having investigated and reported what is happening, they are as entitled as everybody else to let the world know what they think about it.

‘What they are not entitled to do, however, is to get their evidence mixed up with their emotions, so that they risk seeing what they want to see rather than all that is there. There is a difference between taking sides and taking liberties with the facts to promote your favoured cause.’

(‘Whose War is it Anyway? The Dangers of the Journalism of Attachment’, 1997).

Over the past two decades that dangerous tendency has often been evident in war reporting. One infamous example involved the ‘dodgy dossier’ on Saddam Hussein’s non-existent weapons of mass destruction, used to justify the disastrous 2003 invasion of Iraq. Many in the media who should have known better took their lead from Tony Blair and Alastair Campbell in ‘seeing what they wanted to see rather than all that was there’. One of the worst and most shame-faced culprits was the Observer.

The same problems with a journalism of attachment have since been imported back into domestic reporting. For example, the 2011 scandal about phone-hacking at the News of the World was widely claimed as ultimate proof of the superiority of ‘ethical, public-interest journalism’ over tabloid dirt-digging. As one of their number told the Leveson Inquiry, broadsheet journalists were ‘a different breed’ from vulgar redtop hacks.

Yet the anti-tabloid zealots of the ‘quality’ media proved as capable as any NotW reporter of getting carried away in pursuit of their story. By the start of 2012, the Guardian had published no fewer than 40 corrections, retractions and apologies in relation to stories it had run about the Murdoch press and phone-hacking.

The most dramatic mistake was the Guardian’s claim that the News of the World had not only hacked missing schoolgirl Milly Dowler’s phone in 2001, but had also deleted messages, giving the Dowlers ‘false hope’ that she was alive. These revelations led directly to Rupert Murdoch closing the NotW and prime minister David Cameron setting up the Leveson Inquiry into the press. Months later we learned that there was no evidence of the paper deleting messages. But never mind the facts, feel the message; the tabloid-bashing crusade continued regardless.

Now we have come to the point where what a veteran editor once called ‘creative journalism, like creative accounting’ can be widely deployed to try to de-legitimise and dismiss the revolting democratic revolts that led to the Leave vote and Trump’s election. As so often, those who sneer at the influence of the ‘mass media’ and ‘popular press’ are really showing their contempt for the masses, the populace who can supposedly be manipulated by the likes of Cambridge Analytica and its data-mining ‘mindfucking machine’.

Anybody is entitled to take whatever side they choose in any debate. But for journalists it must also remain a matter of course that, as even the poet AE Housman recognised, ‘Accuracy is a duty, not a virtue’. You are entitled to hold and express an opinion. You are not entitled to have that opinion taken seriously without the evidence to back it up.

Everybody makes honest mistakes, and there is no suggestion that anybody involved in these stories has been deliberately misleading. But when the moral message of your story gets ahead of your facts, it is surely time to think again – and not just in legalese on page 50.

Instead of which, the Observer’s Cadwalladr appears to have responded to legitimate criticism by going into full conspiracy-mongering mode. When Andrew Neil, the BBC’s top political interrogator, exposed the holes in her story, she retorted on Twitter by mentioning that he was a member of a Tory supporters networking group, asking: ‘Hey @afneil, I want to join your secret club of people who rule Britain. How do I apply?’ Then she said she ‘hadn’t realised that @afneil is the chairman of the Spectator. Whose deputy editor is married to Dom Cummings, @vote_leave’s chief strategist. Britain. Politics. Power. It’s a small, small, small, small world.’ Embarrassingly, Neil had to point out that the supporters group wasn’t secret and that the ace reporter could have exposed his Spectator role earlier by, er, fearlessly probing the top of his page on Twitter: ‘Wow. You read my Twitter profile. Investigative journalism at its finest. Followed by conspiracist connections.’ But then again, he would say that, wouldn’t he?

At spiked we have always believed in a truly free, unfettered and unregulated press. The Observer should be free to publish its nonsense without legal threats or censorship, just as everybody else must be free to question, criticise and rubbish it. The irony is that the Guardian and Observer are big fans of stricter press regulation, as proposed by Lord Justice Leveson and backed by the Labour Party and Hacked Off. But because they don’t think the Independent Press Standards Organisation – the regulator set up by other newspapers – is sufficiently ‘independent’, they currently choose to regulate themselves, as self-appointed guardians of the public interest. Observers who look down from glass houses probably shouldn’t throw stones.