Why shouldn’t we criticise the Good Friday Agreement?

This agreement isn’t the godsend Remainers claim it is. 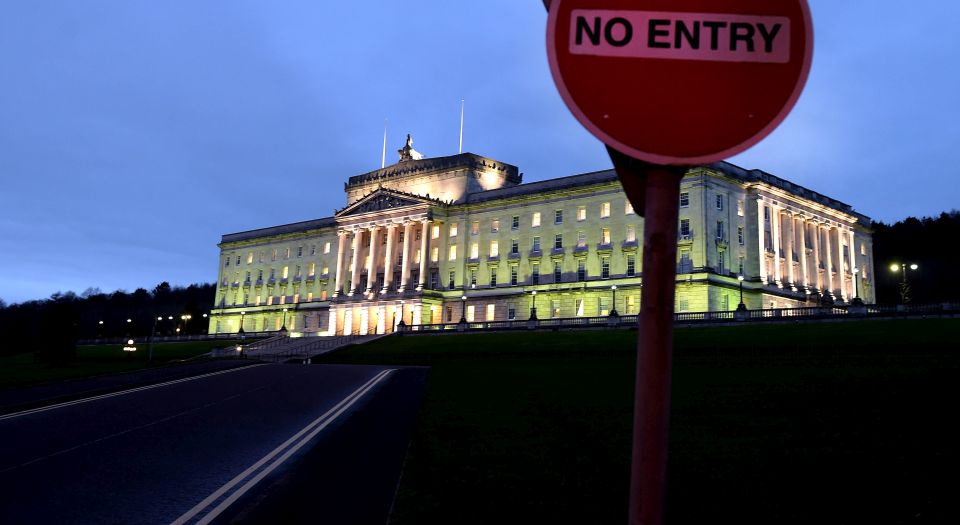 The collapse of the ‘relationship and confidence-building’ talks between Northern Ireland’s nationalist and Unionist coalition partners, Sinn Fein and the DUP, in Belfast this month means that the political crisis, which has brought executive decision-making and public administration to a standstill on an increasingly regular basis, is now entering its second year with no end in sight.

At first glance, the dispute between Sinn Fein and the DUP ostensibly arose over a botched green energy scheme, which erupted into a major row, prompting Sinn Fein to walk out of coalition government last year. Northern Ireland’s executive cannot function unless the Unionist and nationalist parties with the largest electoral mandate agree to share power. The partners to this ‘mandatory coalition’ have spent the past 13 months behind closed doors, spinning round and round on a hamster wheel of peace talks and trade offs. Meanwhile, with no government to set budgets, civil servants had to resort to emergency legislation to allocate spending to keep public services running.

The decision to transfer budget approval to Westminster may have eased the budget crisis, but uncertainty remains. So, thanks to the intransigence of the Unionists and the nationalists, public services are stretched further, workers face redundancy, and the plight of the poor, the sick and the old worsens. With the rights and wrongs of the sustainable energy scheme now long forgotten, the current impasse appears to turn on the critical question of ‘parity of esteem’ between the Irish language and Ulster Scots. In other words, while schools, hospitals and care homes struggle to keep going, the government of Northern Ireland is once again wrangling over the primacy of one tradition over the other.

The underlying problems that brought about this latest crisis can only be understood in relation to previous crises in Northern Ireland. Life’s too short to rehearse the whole sorry saga, but it is perhaps enough to say that the power-sharing arrangements that followed the 1998 Good Friday Agreement, and which were subsequently renegotiated in the 2006 St Andrew’s Agreement, have ushered in a period of political instability and deadlock. The fundamental problem arises from the contradictions of an agreement which recognises nationalists’ right to self-determination in an independent Ireland but only on the basis that unionists retain the right of veto. Dressed up in ambiguous language to make it palatable to both sides, the agreement copperfastens the existing reality of Partition, while holding out the promise of Irish re-unification, deferring it into the indefinite future.

It is true that the agreement spoke to a deeply felt and widespread desire for an end to bloodshed. In this respect, the agreement’s great success was to neutralise the threat of militant republicanism by drawing the nationalists into political debate and finally into the structures of government, although many have cynically suggested that the IRA was looking for a way out long before the agreement was signed. Either way, the war is over. But here’s the rub: by placing the management of inter- and intra-communal conflict at the centre of governance, the agreement appears somewhat paradoxically to be polarising and further dividing nationalists and Unionists.

Labour MP Kate Hoey spoke for many last week when she questioned the ‘sustainability of the mandatory coalition’ between Unionists and nationalists, and called ‘for a cold rational look at the [Good Friday] Agreement’. Likewise the columnist Ruth Dudley Edwards called for Ireland and the UK to ‘face the truth, and begin a renegotiation and updating of the GFA’. Ditto, Owen Paterson, Conservative MP and former secretary of state for Northern Ireland, who asked if the agreement had ‘outlived its use’. In describing power-sharing as little more than ‘a bribe to two sets of hardliners’, Conservative MEP Daniel Hannan spoke bluntly, but such views are shared by many throughout Northern Ireland. In the run-up to the May 2016 elections, SDLP leader Colum Eastwood voiced similar frustrations when he railed against ‘the unaccountable power-sharing structures of the Northern Ireland Executive’, in which ‘arrogance, cynicism and cronyism… has become a permanent feature of politics here’.

However, while the latest breakdown of talks appears to be following the familiar choreography of mutual recriminations and calls for London and Dublin to roll up their sleeves and get the two sides back together, anxieties around Brexit have introduced a new dimension to the crisis. With talks looming on Britain’s future trading relationship with the EU, the political deadlock at Stormont has triggered a war of words between pro- and anti-Brexit politicians and commentators on both sides of the Irish Sea. The storm erupted with Irish Tánaiste (deputy prime minister) and foreign minister Simon Coveney accusing Hoey, Hannan, Paterson and other British Leave supporters of ‘talking down the Good Friday Agreement’ and undermining the foundations of ‘a fragile peace process in Northern Ireland’. Condemning them as ‘irresponsible and reckless’, Coveney alleged they were part of a ‘concerted attack’ to undermine the agreement.

Although ostensibly about keeping the peace in Northern Ireland, the vehemence of the row is therefore drawing its force from the Irish-British dispute over Brexit, something exacerbated by two recent decisions. Firstly, Ireland’s decision to withdraw intergovernmental cooperation on technical solutions to the ‘border question’, and, secondly, the EU decision to designate the Good Friday Agreement as a ‘red line’ in EU-UK trade negotiations. It is this antagonistic relationship between the pro-EU Irish government and a British government nominally committed to Brexit that is motoring the current crisis in Northern Ireland.

After all, the 1998 Good Friday Agreement is Britain and Ireland’s creation, the culmination of many years of strategic thinking and cooperation that – despite its ups and downs – has evolved into an almost frictionless modus operandi for managing conflict in the six northern counties. The survival of the agreement does not rely on Northern Ireland’s Unionist and nationalist parties’ ability to broker a deal over their carve-up of resources, but on the willingness of the two sovereign governments to cooperate across their borders. Last week’s bitter exchanges suggest that the bilateral agreement is coming apart at the seams. Meddle with this stabilising framework and the whole edifice is in danger of collapsing.

So, where to next? The winds of change that are blowing across Britain and its European neighbours have opened up a window for rethinking and reconfiguring political relationships on the island of Ireland. The opportunity for imagining alternative ways of living may be squandered in the short term, but it is unlikely that, having glimpsed the possibility of change, people will simply accept a return to the weary continuation of the status quo.