Strippers don’t need to be saved

A former stripper at the Windmill Club confronts the feminists trying to shut it down. 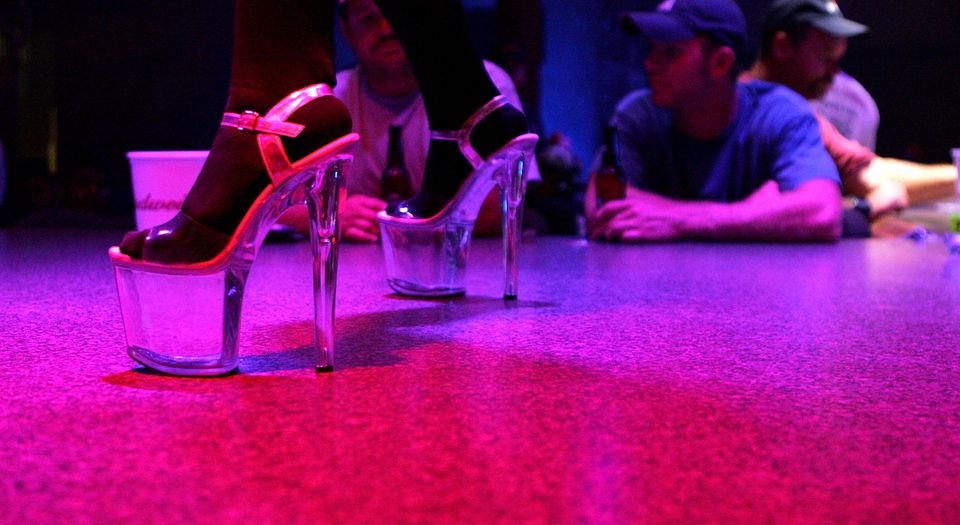 I was 23 and heading to one of my first job interviews. I arrived at the imposing but faded Soho building and was shown downstairs to a cramped, windowless room.

After 10 minutes a man came in. He was maybe in his early sixties, smart grey suit, full head of slicked-back grey hair, neatly trimmed moustache; an air of elegance somewhere between distinguished gent and old-school gangster. He introduced himself as Oscar.

‘Right then, get your clothes off’, he said. Taken aback, I did as he said and undressed to my underwear. He contemplated me coolly for a few seconds. ‘Nice tits’, he continued. ‘Do they stand up by themselves?’

If all this sounds like just another #MeToo moment, it isn’t.

I reached behind me and undid my plain black bra. Oscar indicated that a twirl was in order. Apparently my tits and arse met with approval. ‘Okay, dear’, he said, already halfway out the door: ‘Go and get yourself some nice underwear and come back tonight.’

I was thrilled. I left the Windmill Club for the first time and celebrated with a vanilla malt at Ed’s Easy Diner before sauntering along to Selfridges to blow, in anticipation of my imminent income, several hundred quid on an exquisite set of Valentino lingerie and a slinky little black dress.

So began my short but formative career in stripping at the Windmill Club.

When it came to London strip clubs in the mid-Nineties, there was really only Stringfellows and the Windmill. Stringfellows was brash, masculine in the mould of its namesake founder, with a vibe somewhere between nightclub and gameshow.

The Windmill was everything Stringfellows wasn’t. Like Soho itself, the club was a grand dame who had fallen in with the disreputable neighbours that moved in around her while maintaining some airs and graces. On a good night – after a few drinks, perhaps – it could feel sultry, sexy. And after the shock of the first night, it felt comfortable.

You could get by circling the room offering dances – in those days £10 for a table dance, £20 for a full strip on stage – but that was thankless and tiring. More lucrative, and to save your feet, find a customer you could connect with and hostess at a table, charging by the hour for the talk and extra for the dances. The men came for the boobs and stayed (and paid) for the chat.

Oscar was firm, but he was always respectful to the girls; we could have a laugh with him. Daniel, his son, still had something of the kid in the candy store about him. He would occasionally chase one of the blonds around the snooker tables looking for a snog. Am I making light of sexual harassment? Perhaps. But so did his targets, who warned others about being ‘snookered’. And if you think Trump’s lockerroom banter was offensive, you should hear the way strippers eviscerate an obnoxious customer or handsy boss in the dressing room.

Back then, we were largely oblivious to the club’s storied past. It was only later when Judi Dench starred as Windmill Club founder, Laura Henderson, in Mrs Henderson Presents, that I learned more. It was the first approved venue for nudity in Britain, opened in 1931. The original Windmill Girls stood still as statues to comply with the licensing laws of the day. The club was hailed as a national treasure when it continued operating throughout the Blitz. It later adopted the motto: ‘We Never Closed.’

Until now, that is. A couple of weeks ago, Westminster City Council revoked the club’s license, effectively closing it, subject to appeal, in response to complaints by a women’s rights group. As the inevitable headlines ran, these campaigners have achieved what the Nazis failed to do and closed the Windmill.

According to reports, the women’s group sent in ex-police private investigators who gathered evidence that dancers regularly violated the ‘no touching’ rule. One of these brave investigators reported that a girl lured him to the VIP room with a promise that for £160, and a tenner to encourage a bouncer to turn a blind eye, he would be able to touch her.

I don’t hold it against the council. They can’t turn a blind eye to violations brought to their attention. But I have some questions for these feminists.

Did they ever ask the strippers if they needed or wanted saving? Or did they just assume that these women were such downtrodden victims that they couldn’t comprehend their own victimhood, let alone escape it? If that isn’t sexist and patronising towards women, I don’t know what is.

Personally, I never met a female victim at the Windmill Club. Not one. They were as strong and empowered as any I’ve met in my subsequent very international and fairly high-flying career. Could the girls have changed in the intervening decades? Perhaps. But, judging by the reports filed by the investigators, I suspect the girls are as brassy and diverse as I remember.

And who are these campaigners protecting the strippers from? According to reports, from the club’s management, which could be ‘prostituting them’ and putting them at risk. What patronising tosh. As the rapper Wyclef Jean once wrote, ‘Just ’cause she dances go-go, that don’t make her a ho, no’. Most strippers were clear about the difference. And owners aren’t about to risk their license so some of the girls could earn extra cash.

As for the customers, there would always be the drunk who turned nasty when handed the bill at the end of a long evening. There was zero tolerance from management and security for anyone turning on the women.

I’m not dismissive of feminist issues per se. Around the world, including in the UK, women are abused, deprived of basic rights and discriminated against. There are many valid feminist causes out there. But closing the Windmill Club is not one of them. This pyrrhic victory, this PR stunt, is a selfish distraction that, as far as I can tell, only serves to put quite a lot of hard-working women out of gainful employment in a safe environment.

I used to joke that strip clubs were the perfect finishing school for the modern girl. In my year at the Windmill Club, I learned to like myself, grew confident and comfortable in my own skin – not something that comes easy to young women. I learned a lot about men, how to talk to them, and to like them for who and what they are. In subsequent professional and personal interactions with men, regardless of rank, I never had the sense that my gender rendered me less than equal.

I’ve often said that you can take the girl out of the Windmill Club, but you can’t take the Windmill Club out of the girl. The experience, the camaraderie, the lessons will forever be part of me. And so it is with some emotion that I say: fuck off, you feminists. Keep your misguided morals and private dicks out of our club. It doesn’t belong to you. Hands off our Windmill.

Nadja Breton is the pseudonym of a writer and former stripper.