Nick Cave vs the BDS bigots

Three cheers for the Oz rocker performing in Israel on principle. 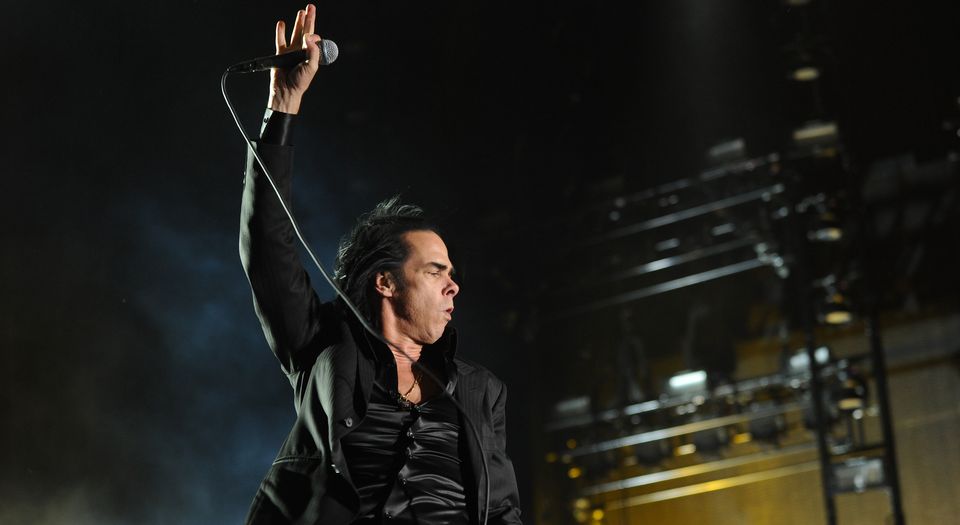 Not content with being the coolest man in rock, now Nick Cave wants to be the most principled, too. The Aussie rocker, of Bad Seeds legend, has said he is performing in Israel this week not only in spite of the BDS movement, but because of it. Yes, it is precisely because self-righteous Israel-bashers in the worlds of art and entertainment are forever imploring the likes of Cave not to set foot in the apparently uniquely wicked nation of Israel that he is determined to do just that. As one headline put it: ‘Nick Cave: BDS is the reason for my trip to Israel.’ Now that’s what I call rock’n’roll spirit.

Cave played in Tel Aviv last night and will play there again tonight. At a press conference bigging up the rock god’s arrival in the Holy Land, he said: ‘I like Israel and Israelis.’ That’s a borderline revolutionary statement these days, when hating Israel stands alongside crying over Brexit and fearing the Daily Mail as a baseline requirement for entry into the closed, strange world of the chattering class.

Yet while Cave might like Israelis, he doesn’t like censorious campaigns telling musicians which nations — and more importantly which peoples — they may perform for. He describes the BDS (Boycott, Divestment and Sanctions) pressure on singers and bands to dodge the Jewish State as an attempt to ‘shut down musicians, to bully musicians, to censor musicians, and to silence musicians’. And so he decided to take ‘a principled stand’. ‘You could say, in a way, that BDS made me play Israel’, he brilliantly quipped. This might be the first time Israelis should be grateful to BDS: it has brought them Mr Cave and his Bad Seeds.

Cave saved much of his ire for Roger Waters, prog-rock dullard turned fumer against Israel. It was Waters and his Artists for Palestine who wrote an open letter to Cave last month imploring him to call off his Tel Aviv dates. Hilariously, the letter — also signed by Ken Loach, John Pilger, Mike Leigh, Judith Butler and other luminaries of the Israel-fearing dinner-party set — threw Chomsky in Cave’s face: ‘Noam Chomsky has recently said he’s opposed to any appearance in Israel that is used to cover up the denial of Palestinian human rights. We hope you will agree with him.’ Cave doesn’t agree with him! Blasphemy, I know. ‘Stand for freedom’, the letter contradictorily implored — it’s a funny freedom that wants to deprive one nation and one nation only of the right to enjoy the art and ideas of outsiders — and Cave has stood for freedom. He has stood for his freedom to perform in Israel and the freedom of Israelis to hear him. Cave said musicians shouldn’t have to suffer this ‘public humiliation from Roger Waters and Co’ every time they flirt with the idea of performing in Israel.

Cave’s defiance of the increasingly nasty cultural pressure to avoid Israel — and Israelis — should be cheered. For however much the BDS lot try to present their erection of a censorious moral forcefield between Israel and the rest of the world as a progressive campaign, on a par with artists’ refusal to play in South Africa during Apartheid (the impact of which has always been vastly overstated by self-loving cultural types in the West), in truth BDS is a species of bigotry.

In singling out Israel for special censorious treatment — they wouldn’t raise a peep if Cave played in China, or Britain, for that matter, which has caused more destruction in the Middle East in recent years than Israel has — they enact a special demonisation of this nation and its inhabitants. They depict it as uniquely foul, uniquely problematic, a disproportionate source of the world’s ills. They exercise explicit double standards, heaping on Israel an unforgiving judgement that they do not apply to any other nation on Earth, including nations whose militarism is far more destructive than Israel’s.

And in engaging in acts of censorship — whether they’re shutting down Israeli film festivals in London, forbidding Israeli academics from coming to our universities, or getting musicians to cancel trips to Israel — they chill international engagement and stymie the exchange of ideas and art. They speak the language of freedom while executing acts of global censorship designed to deprive Israelis of our culture, and us of theirs.

This is nothing like a progressive movement. It is prejudiced, intolerant agitation for the treatment of Israel as different to all other nations, and for the shutting down of any mingling between Western artists and Israeli people. The bottom line is this: if your movement jeers and boos as a violinist plays Max Bruch’s beautiful concerto just because that violinist is from Israel — as happened at the Proms a few years ago — then you are doing something dreadfully wrong. These philistines for Palestine do nothing to advance Palestinian people’s interests, or art and culture; they’re only interested in making a showy display of their Israel-loathing credentials and thus their adherence to what the new cultural elite considers to be moral decency.

More musicians and thinkers and writers should join Cave in engaging with Israel precisely because it has become so worryingly verboten to do so. Because boycotting Jewish things and people is never, ever a good idea.