Now we know: the right is as PC as the left

The Clive Lewis debacle has exposed the right’s own snowflakeism. 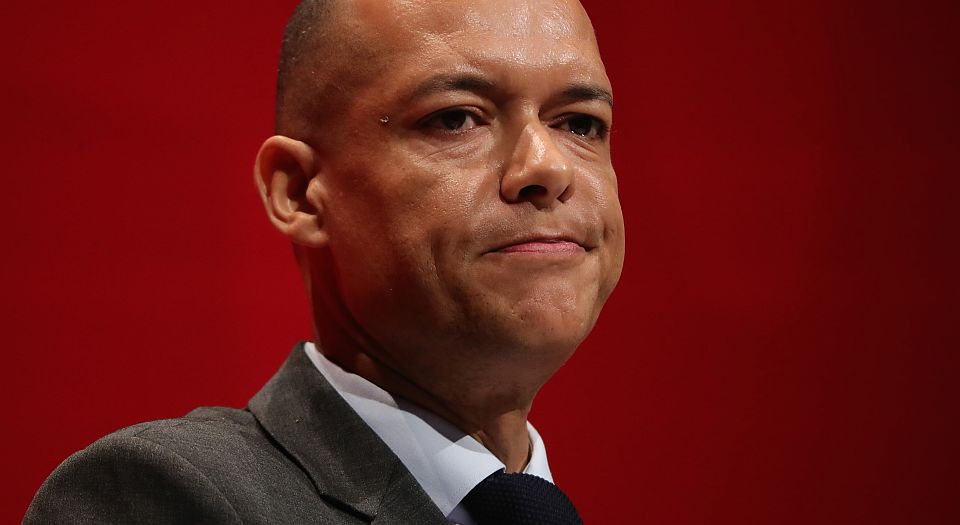 Even by the standards of today’s shrink-wrapped, Safe Spaced public realm, in which nasty tweets can land you in jail and wondering out loud if marriage should just be between men and women can get you the sack, the fuss over Clive Lewis’s ‘bitch’ comment has been bonkers. Video footage which has been doing the rounds for weeks but only hit the headlines at the weekend shows Lewis, one of those lame Labour MPs in the Corbynista orbit, saying ‘on your knees, bitch’ at a fringe event at this year’s Labour Party conference. He was joking. He was taking part in a mock gameshow. He was talking to a man, not a woman, and it was at an event at which most people were pissed. Surely no one could get their panties in a bunch over something as silly as this, right?

Wrong. Of course they could. This is an era in which even saying ‘men are not women’ can get you hounded off campus by mobs of gender-fluid blue-hairs. Politicians and sections of the media have genuinely gone into meltdown over Lewis’s jokey, innocent aside. Jess Phillips, the Labour MP myopically obsessed with trending on Twitter, said she was ‘appalled’. She needs to get out more. Harriet Harman said Lewis’s comments were, ‘Inexplicable. Inexcusable.’ Inexplicable? It was a joke. Inexcusable? Who do you think you are? Tory Justine Greening said Lewis’s comment was ‘totally and utterly unacceptable’. Get. A. Life. Lewis apologised, ‘unreservedly’, a craven caving-in to media pressure that is far more offensive than the ‘bitch’ comment itself. I know gendered language is the new blasphemy but, seriously, Lewis needs to grow a pair.

Alongside these drearily predictable condemnations from so-called feminists, there has also been something more surprising. Or somewhat more surprising: the right-leaning press and Twittersphere also gunning for Lewis. They transformed his camp line into headline news, branding it a ‘foul-mouthed rant’ (The Times) and even referring to it as ‘Bitch-gate’ (in the words of the Guido Fawkes blog, which, to its shame, has been at the forefront of the PC witch-hunt against Lewis). A rant? A gate? Something for which the whip ought to be removed from Lewis, in the words of Tory MP Anna Soubry? This is ridiculous – but it is also incredibly and usefully revealing.

It confirms something many of us already suspected. Which is that the right, including the supposedly edgier, even ‘alt’ right, is as PC, as easily offended, as given to shouting ‘You Can’t Say That!’, as anyone on the virtual left. The right likes to rail against the speech-policing and puritanical antics of the new left, whether it’s the No Platforming of edgy speakers by posh, uptight, supposedly leftie students or the new feminism’s suspicion of everything from laddish banter to saucy adverts on the Tube. Yet when it comes down to it, really down to it, the right is as allergic to daring or jokey speech and to free-wheeling interactions between the sexes as any starched bore on the new left is.

Over the past week, a few incidents have exposed the right’s snowflakeism, its willingness to play the offence card and the pearl-clutching game when it suits. The first was the Lewis thing, in which right-wing journalists, bloggers and tweeters made themselves indistinguishable from the Safe Space, ‘never offend me’ types they normally ridicule. Then there was the Sam Kriss thing, when a Corbynista journalist unknown outside of Ironic Marxist circles – the worst kind of Marxist – was effectively hounded out of journalism by an anonymous Facebook post in which someone accused him of groping them on a date. Right-wing hacks lapped this up, too, coming over all Everyday Sexism as they laid into the allegedly terrible behaviour of ‘brocialists’ and ‘woke misogynists’ (kill me now).

And the third is the current media takedown of Labour MP Jared O’Mara over daft things he posted on web forums 15 years before he was elected. When he was in his early 20s. When he was, like many young men are, a bit of a muppet. He said he wanted to have an orgy with Girls Aloud and that Michelle McManus only won Pop Idol because she was fat. Yes, this is how old his comments were: he was talking about Michelle McManus! She won Pop Idol in 2003. That’s 500 years ago in internet years. Who gives a damn what Labour MPs were saying at the dawn of the millennium? And yet right-wingers have done the very thing they normally slam prim, offended leftists for doing: they have hounded O’Mara out of public life for throwaway comments he made back when Bin Laden was daily news and Barack Obama was chairman of the Illinois Health and Human Services Committee. O’Mara has now resigned from the Equalities Committee. Crazy. Also, isn’t it good to know that while it’s okay for Labour to obsess endlessly over the ‘obesity epidemic’ and engage in bourgeois tut-tutting over out-of-shape poor people, its party people must never, ever say the word ‘fat’? In Labourworld, officials can dehumanise fat people, but not offend them.

The right has made a holy show of itself on these three incidents. It has feigned horror at Lewis’s jokey comments, lost its marbles over Kriss’s creepiness, and wept for womankind (yeah, right) over a Labour MP’s 15-year-old comments about a singer. Alt-right agitator Mike Cernovich even published a list of ‘Shitty Men In The Media’ in response to Kriss-gate (is anyone calling it that yet?). This is SJWism, pure and simple. The right, perhaps unsurprisingly, has allowed its Schadenfreude to overrule its principles (or alleged principles). What we have seen this past week is sections of the left being devoured by a toxic, suspicious climate of their own making. These people have for ages raged against anyone who is incorrect in their speech, crude in their sexual behaviour, or cavalier in their online commentary – and now they are being swallowed up by the shrill, censorious culture they created in the process. But Schadenfreude is utterly the wrong response to this. Just because Clive Lewis moves in circles that think nothing of destroying right-wingers for ‘bad speech’ doesn’t mean we should cheer when similar happens to him. We should stand against that, too.

In recent days, the new left has been swamped by an intolerance it helped to cultivate, and that’s bad – but worse has been the right’s exposure of its own dearth of principle. What passes for the left and right, even for the radical left and alt-right, is increasingly indistinguishable. Finger-pointing, shaming, suspicion, censorship, panic about sex, the destruction of individuals through whispering campaigns and tweets and blog posts – this is now the stuff of both sides in the Culture Wars. We need more people who are willing to step outside of this loud but hollow divide, people who value free speech and due process and who think that most people – even those we are politically opposed to – are probably pretty decent.