No one can save the Tories 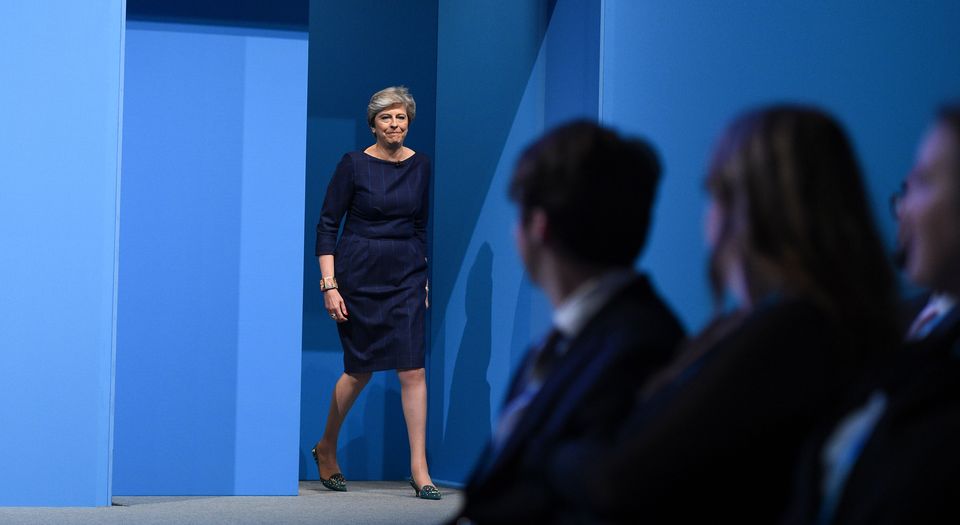 Who can save the Tories? This has been the question on the lips of Tory MPs and Westminster hacks this weekend as Theresa May’s leadership has continued to disintegrate in real time. After the Conservative Party conference, the coughing fit, the prankster and the collapsing set, her premiership looks more feeble than ever. And yet, a strange stasis has set in.

Grant Shapps, the former Tory chairman, was slapped down by MPs – in widely leaked WhatsApp messages – for pulling together signatures to prompt May’s resignation. Foreign secretary Boris Johnson’s crowd-pleasing turn at conference has suggested he’s once again on manoeuvres, but his stock is lower than ever among the parliamentary party.

The usual factions are split. Boris still pines for the top job, fancying himself as the positive pro-Brexit leader the people crave, but many Tory Eurosceptics fear a leadership challenge would put Brexit at threat. Meanwhile, Tory Remainers have no clear candidate. For all the gloom, and the Brexit battles to come, May clings on for lack of any alternative.

Looking at the people who are being talked up, you glimpse the self-delusion that pervades all wings of the party. Given the Tories’ deeply undemocratic leadership system, Boris hasn’t a hope in hell of getting on the ballot. Meanwhile, Cameroons still nurture the fantasy that unrepentant Remainer and Scottish leader Ruth Davidson is the leader Brexit Britain is waiting for.

But it’s the focus on the young blood, the 2010 and 2015 intake, that is perhaps the most revealing. A potential reshuffle has been floated as an opportunity to promote fresh, fortysomething talent, and give them enough time to shine and float some ideas over the next two years – ready for a post-Brexit, pre-2022 leadership race.

So, who are these Tory leaders of the future? To be frank, a parade of no-marks. The likes of Tom Tugendhat, Victoria Atkins, James Cleverly and Dominic Raab have been nodded to, but they’re known to no one outside SW1 and it’s hard to discern what, if anything, they stand for. Apart from the fact that half of those mentioned were Remainers.

The talk of May doing a Michael Howard, the nadir of the Tories previous electoral irrelevance who allowed the space for the Cameroons to emerge, misses the point. PR man Cameron may have been a hollow technocrat, but at least he had a strategy: turning the Conservatives into New Labour. The Tories now have neither a play nor principle in mind.

Everywhere you look you see a party bereft of vision. In her conference speech, May joined the chorus of Tories saying the party needed to remake the case for the free market, in response to the Corbyn surge. In the next breath, she announced plans for energy price caps. For all the talk of neoliberalism reigning since Thatcher, few in the supposed party of capitalism, let alone the country at large, truly believe in it.

Then there’s the Tory Brexit paradox. Yes, it is today the more consistently Eurosceptic party. But the Brexit revolt expressed a democratic, populist fervour that was far more profound than most Tory MPs’ narrow economic gripes with Brussels. At the snap election, with the Brexit vote firmly at threat, working-class Leavers flocked to the Tories. But the old party of the establishment is incapable of truly embodying this anti-establishment spirit.

The last few weeks of broadsheet tittle-tattle and political melodrama has only confirmed that the Tory Party has no idea what it stands for or who it represents. It’s a relic of the last century, a zombie party. Theresa May, the ‘dead woman walking’ in No10, is precisely the kind of leader it deserves.

Tom will be speaking at the session Party politics: realignment or disintegration? at the Battle of Ideas festival in London on Saturday 28 October. Get tickets here.