Extreme weather is less of a threat than it ever has been. 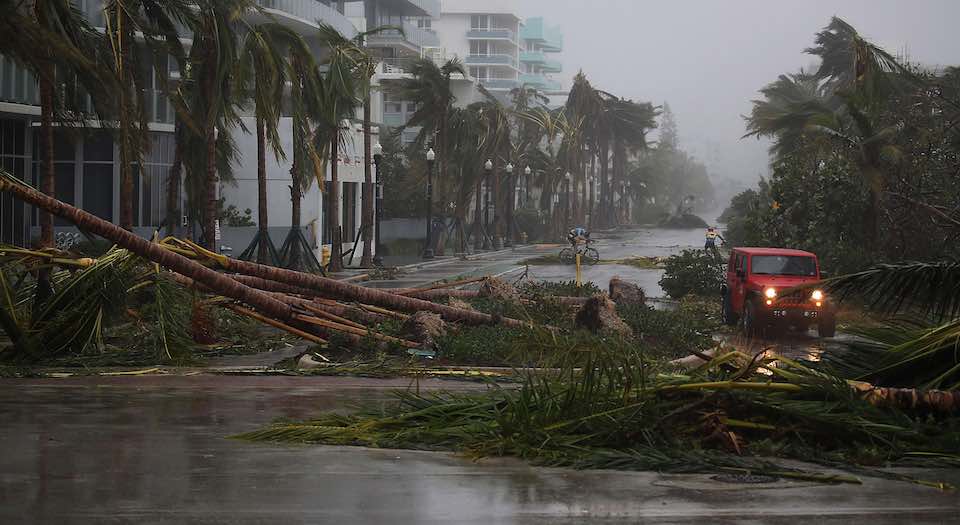 When Hurricane Harvey landed on Texas, it marked the end of a 12-year lull in major hurricanes hitting the US. This period – which also featured a long ‘hiatus’ in global warming, the failure of ice-free Arctic predictions and the growth of polar-bear populations – had long vexed green doomsayers. Harvey, then, came as a great relief to climate alarmists, as though a 12-year-long bout of disaster constipation had been followed by an acute case of explosive, catastrophist diarrhoea. Mother Nature had once again unleashed her wrath on the home of Big Oil.

Central to greens’ fetish for hurricanes is the scientific theory that warmer sea-surface temperatures caused by global warming can increase hurricanes’ energy and destructive power. It may well be true. But theory easily becomes dogma, and climate pundits have rushed ahead of their science. ‘Harvey is what climate change looks like’, screeched meteorologist Eric Holthaus. ‘It’s a fact: climate change made Hurricane Harvey more deadly’, claimed Michael Mann, a professor of atmospheric science at Pennsylvania State University.

More deadly than what? More deadly than the hurricane in 1900 that killed 8,000 people in Galveston in Texas? Or the hurricane in 1915, which took 275 lives from the same town? Or Hurricane Audrey, which killed 416 Texans in 1957? Indeed, of the 30 most deadly hurricanes to land in the US since 1850, just four occurred in the past half century. If Harvey is what ‘climate change looks like’, it looks a lot safer than the weather prior to global warming.

No matter what putative experts claim, the simple meteorological fact of the matter is that the number of hurricanes of all categories making landfall on the US has fallen.

Greens’ particular focus on hurricanes is even more puzzling. In the 1920s, hurricanes claimed the lives of 293 Americans per year. By the 1980s, this had decreased to 25 deaths per year. In the 2000s, fatalities did rise to 187 per year, but that was because of one single, outlier event – Hurricane Katrina, which devastated New Orleans. So, all in all, Americans have very little to fear from any form of extreme weather, because, in large part, they are better prepared for it than ever before.

The disparity between the world as greens see it and how it is in reality is huge. No evidence exists to say that global warming has put contemporary American lives at greater risk than those of their predecessors. There are theoretical claims that climate change ought to increase risks of extreme weather. But because extreme weather events are rare, observational statistics of weather events and their human impact do not yet bear out the theory.

Moreover, lacking a sense of proportion, greens seem incapable of understanding the difference between an increased risk of hurricanes and a catastrophic end to civilisation. Consensus science estimates the likely increase in hurricane intensity will be just two to 10 per cent by 2100 – an outcome that doesn’t match up to green hype for 2017, let alone a century into the future. But point out the difference between alarmist claims and the science or facts, and greens will accuse you of climate denial.

Hurricanes animate environmentalists on the other side of the Atlantic, too. As Hurricane Irma developed, the Guardian’s global environment editor, Jonathan Watts, declared that ‘twin megastorms’ might be the ‘new normal’. George Monbiot tweeted, that ‘Hurricane #Irma (aka Exxon) is what #climatebreakdown looks like’. And a breathless Caroline Lucas MP picked up the hashtag, and ran with it:

What else does nature have to do to wake us up to the horror of #climate breakdown? #Irma pic.twitter.com/Hhuz54c846

That nature appears to have changed very little and that hurricanes and extreme weather continue to be rare events have not stopped the green-hack storytelling. But the bigger lie is that the world greens want would be a better one for today’s victims of extreme weather. Because although environmentalists claim it is the sheer power of storms that claims lives and causes destruction, it is in fact political failure that turns weather into a tragic threat. When Hurricane Katrina hit New Orleans in 2005, the impact was exacerbated by neglected civil infrastructure, poor planning and disaster management. Built on a swamp, surrounded by a vast river and located near the coast, New Orleans had always been vulnerable to hurricanes. but it had hitherto been protected by levees, bayous and pumping systems until they were under-resourced and left to ruin.

Environmentalists imagine that the human impact of a weather event is equal to its magnitude. But disasters are mitigated by civil infrastructure, emergency services, political organisation and wealth. Wealthier societies suffer far less from the effects of extreme weather than poorer ones. Green antipathy towards economic development and what they call ‘unsustainable lifestyles’ will increase the impact of extreme weather, not reduce it.

Environmentalism is the looming disaster, not the return of hurricanes.