From Charlottesville to Barcelona 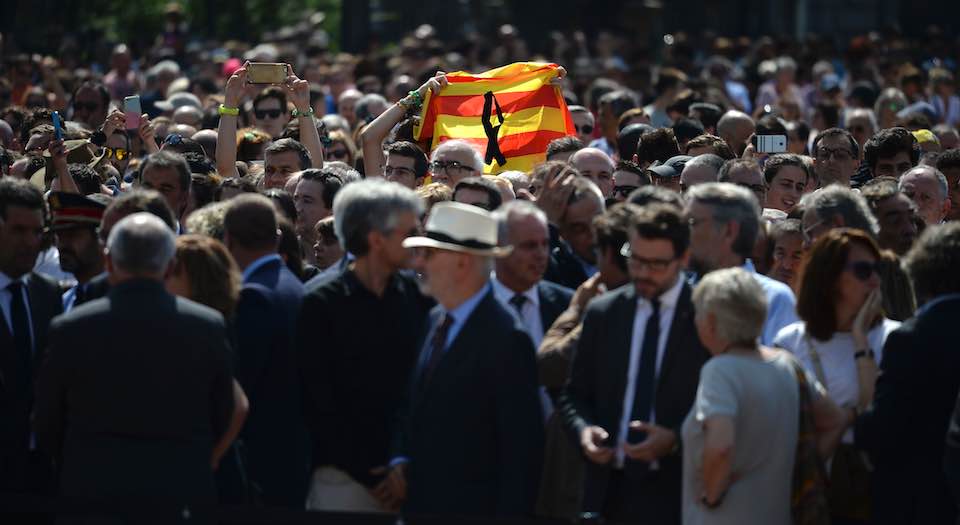 Rarely has the hypocrisy of the West’s ostensible liberals and leftists been as violently exposed as it has been this week. Between Charlottesville and Barcelona, between their fury over the former and their embarrassment at the latter, we have gained a glimpse into today’s extraordinary double standards over extremists who loathe liberty, democracy and swathes of mankind. If the extremists are white and fond of the swastika, they’ll be roundly condemned, organised against, transformed into a focal point for the activities of a flagging left. But if they’re Muslims, if it’s a misogynistic, homophobic caliphate they want to build, if their targets are ‘kuffars’ rather than pinkos or black people, they will be frowned upon, of course, but never raged against. Never organised against. They will be treated more forgivingly, and explicitly so. It’s clear now: leftists only dislike certain kinds of neo-fascism.

Even before the barbarism in Barcelona, even before that Islamist terrorist mowed down scores of people, killing 13, the discussion about Charlottesville had become unhinged. What was in truth a nasty but small demonstration by white-power losers was transformed into the second coming of the Third Reich. Where most leftists and liberal commentators respond to Islamist barbarism with a sad emoji or a national flag on their Facebook page, they responded to Charlottesville with historic hyperbole. They shared images of Brits landing in France to fight Nazis, implying they were the heirs to such fighting. America mirrors Germany in the 1930s, they claimed. The self-flattery was off the scale, as if their breaking a nail as they tweet a piss-taking meme of Richard Spencer is comparable with those working-class men who left their families to fight in the Spanish Civil War or join the Greek resistance. The left’s blowing-up of Charlottesville is directly proportionate to its loss of focus and principle: it spies in these pathetic neo-Nazis a force it might resuscitate its fortunes in opposition to; a thing it might define itself against.

But if the treatment of Charlottesville and its vile car attack as a return of Nazism looked questionable before Barcelona, it looks mad after it. Yes, there are extremists in the West who have declared war on our fellow citizens, our liberties and our democracy. But they aren’t American hillbillies who once tried to read Mein Kampf — they’re Islamists, Muslims who subscribe to an extraordinarily intolerant interpretation of their religion and who increasingly think little of slaughtering anybody whose values run counter to theirs, whether it’s French cartoonists, Berlin Christmas shoppers, British pop fans, or crowds in Nice celebrating Bastille Day and the birth of modern mass democracy. These people’s violent misanthropy makes America’s white-nationalist movement look like a hippy outfit in comparison. A suspected hard-right fanatic killed one person at Charlottesville, in a foul assault on life and liberty; Islamists, if we add Barcelona, have killed more than 460 people in Europe in the past three years. Four-hundred-and-sixty. Let that sink in.

And yet after Barcelona, as is the case after every Islamist attack, there has been an awkward, shuffling silence in left and liberal circles. There is media coverage, of course. Lots of it, as there should be. There are condemnations and offers of solidarity with Barcelona, and so on. That’s all good. But politics? Anger? A demand that we recognise the gravity of the threat posed by Islamists and get together to do something about it? Calls for confrontation with Islamist movements, demands that we ‘Punch an Islamist’, in the same way American leftists have promoted ‘Punch a Nazi’? No.

On the contrary, we are encouraged to be sad about Islamist attacks but never active in relation to them. ‘Don’t look back in anger.’ Consider how swiftly the Manchester barbarism has drifted from Britain’s national consciousness. It wasn’t even three months ago, and yet this slaughter of 22 pop fans by a man who subscribed to an ideological worldview that is as ugly, if not uglier, as that spouted by American white nationalists is fading from national memory. That is a direct consequence of the cowardly, apolitical, even anti-political climate that is always cultivated after Islamist attacks: we are always invited to ‘move on’ because dwelling on such extremist violence would raise too many awkward questions.

The difference is alarming: Charlottesville was instantly institutionalised as a turning-point event. It was folded, in mere days, into a 21st-century political narrative about a resurgent far right (an overblown threat) and the need for a more serious, anti-fascist left. It became a morality tale, swiftly. After Islamist attacks, in contrast, we’re openly warned against doing anything like that. Don’t look for lessons. Don’t make it a moral issue. Don’t politicise it or get too angry about it, because apparently that’s what ISIS wants. Mourn it and carry on with life as normal — that’ll show ’em. This urge to moralise small neo-Nazi protests in the US while de-moralising, depoliticising and fundamentally defusing the problem of Islamist extremism, even though this extremism is a far more destabilising force, has to be explained. What drives this alarming double standard?

It’s fear. Cultural fear. Fear of us, the masses, and what we will get up to if society green-lights an honest discussion about the Islamist problem. And fear for Muslims, whom too many on the left infantilise and treat as incapable of hearing robust discussion about problems in their communities. (It has always struck me that there is more racism in certain leftists’ desire to protect Muslims from testy debate than there is in alt-righters’ misplaced fury with all Muslims: at least the latter treats Muslims as adults, open to criticism, rather than as children who need strictures against Islamophobia to guard their fragile feelings.)

And so where leftists insist after Islamist attacks that we mustn’t hold all Muslims responsible, or make such violence into a focal point for politics, or get too angry, after Charlottesville they said the precise opposite. ‘White culture’ did this. Let’s organise our political lives around it. Let’s get angry, really angry. They’re more comfortable confronting handfuls of American neo-Nazis because they can do so without engaging the bovine, untrustworthy little people and without threatening to raise questions about the ideology of multiculturalism and its divisive, increasingly violent impact in Europe. They have declared a ridiculous, self-flattering war on neo-Nazism precisely as a distraction from the real problems facing Western society today, to which they have no answers, and are uncomfortable even with the questions.