Might CO2 targets be behind the fad for flammable cladding? 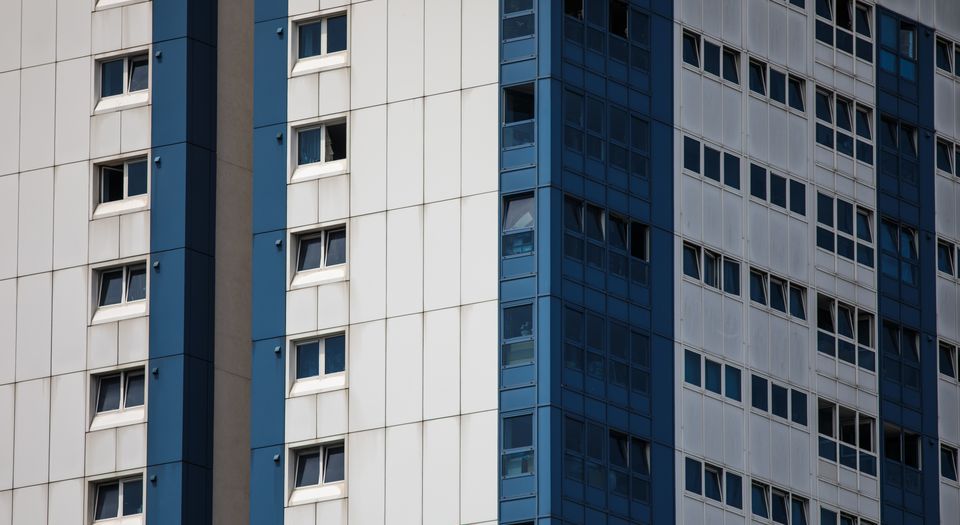 After the Grenfell disaster, local authorities are busy checking their housing stock for fire risks. Rightly, they are looking at the estates and blocks that have been retro-fitted with external cladding, which has been identified as a probable key factor in spreading the fire at Grenfell. Particular attention is being paid to those estates refurbished by Rydon, the building firm that developed the aluminium cladding used on Grenfell Tower.

But few people have asked why so many tower blocks and housing estates in the UK have been clad in recent years. Some have argued that the refurbishments were cosmetic, added to appease private investors by prettifying housing estates. But this is not the main reason for the cladding. In fact, it was added to meet the government’s targets for reducing CO2 emissions.

Just last year, Kensington and Chelsea Council proudly announced the completion of the £10million refurbishment project at Grenfell, which included ‘the installation of insulated exterior cladding’, new boilers and double glazing. The council said that the reason for the project was to ‘enhance energy efficiency and help reduce residents’ living costs’.

Here Kensington and Chelsea Council was following government instructions. As the 2008 Climate Change Act made clear, ‘it is the duty of the secretary of state to ensure that the net UK carbon account for the year 2050 is at least 80 per cent lower than the 1990 baseline’. The act also created the Carbon Reduction Commitment Energy Efficiency Scheme, which presented the refurbishment of social housing as one quick fix to cutting CO2 emissions.

Responsibility for meeting the government’s CO2-emissions targets was invested in the Community Energy Savings Programme (CESP). CESP, which lasted from 2009 until 2012, was run by the big energy providers, British Gas, E.On, Scottish Power and others. Its success was limited but, tellingly, its final report states that ‘almost all CESP measures were delivered through partnerships with social-housing providers’.

In May 2012, the government’s committee on climate change (CCC) published its ‘advice on how local authorities can reduce emissions and control climate risk’ under the 2010 Climate Change Act. The CCC identified social housing as one of the key areas where CO2 emissions could be reduced by improved energy efficiency from greater insulation. The problem, as the CCC put it, was that ‘the very slow turnover of stock’ makes ‘[housing] relatively energy inefficient’. The CCC’s solution was to reduce emissions in existing housing stock through insulation and new boilers. As the CCC explained, ‘local authorities and housing associations have been the key partners, driven largely by their role as social landlords’.

Professor Julia King, a member of the CCC, said in May of 2012 that ‘local authorities have the potential to impact significantly on the UK’s scale and speed of emissions reduction’. At the top of King’s list for action were ‘energy-efficiency measures for existing buildings’ – insulation, such as cladding, and new boilers. While local authorities struggled to get funding for other things, austerity did not apply to the CO2-reduction scheme. Indeed, a 2010 National Audit Office report identifies 20 estate refurbishments with funding of £1.5 billion from the Department of Communities and Local Government under ‘private finance initiative’ schemes.

The programme of refurbishing local-authority and social-housing stock was augmented by the ‘green new deal’, under which local authorities and companies could get government funding to insulate houses. Householders were bombarded with phone calls and visits touting loft insulation, under the green-deal home-improvement fund. This was the small-scale equivalent of the cladding fad in social housing.

There is nothing wrong in principle with cladding. But it is a piecemeal solution to the question of energy efficiency put forward by a state that has put severe limits on new building. The glacially slow turnover of the UK housing stock is a problem created by the planning restrictions on development and construction. Greater energy efficiency could be achieved alongside new building, with a greater commitment to growth.

The rush to act on energy efficiency is undermined by the reluctance to build new houses and estates. Instead of building anew, Britain dedicated itself to a ‘make do and mend’ approach. Refurbishment made it look like the authorities were taking action on housing, but, ultimately, it came at the cost of building the new houses people need.

The problem with cladding and other kinds of insulation is that they are add-ons that are imperfectly integrated into the original design of a building, often with unintended consequences. One unintended consequence is that many of the estates that were given extra insulation were unnaturally warm, even stifling. The whole block would become a tower of hot air. On a summer evening, many tenants of these blocks would open windows to let some cooler air in. This was another reason why the fire at Grenfell spread between floors.

This make-do-and-mend approach to housing did not actually lead to savings. Rydon, which installed the cladding, claimed ‘a strong and experienced refurbishment team, which has been closely involved with local authorities and registered providers working to provide high-quality, affordable housing and enabling people to enjoy a better standard of living’. Rydon boasted of one of its projects, the refurbishment at the Chalcots Estate in Camden, that ‘the project achieved significant benefits… improving the insulation’ and adding ‘external, thermal rain-screen cladding to five towers’.

But, in fact, Rydon’s refurbishment of the Chalcots Estate was lambasted by the National Audit Office for being late and overshooting its £30million budget by an extra £35million. And now all of it is being torn down.

Though the conclusive report on the fire at Grenfell is not expected for some time, it does seem that Rydon’s cladding aggravated the spread of fire between floors. A likely cause is the gap between the cladding and the building, which can act as a flue; the use of combustible materials in the cladding; and the insulating foam between the aluminium cladding and the building. Any engineer will tell you that more moving parts means more things to go wrong – and that is true of buildings as well.

The fad for recladding tower blocks in London and the rest of the country looks increasingly like a hysterical response to international obligations for action over climate change. Social-housing tenants were the people who could most easily be made to carry the responsibility for energy efficiency because they had little control over their estates.

The government push for action on insulation encouraged shoddy workmanship and cowboy operators, who took advantage of the moral fervour of the climate-change campaign to make money.