There’s something darkly pre-modern in the left’s attitude to Grenfell. 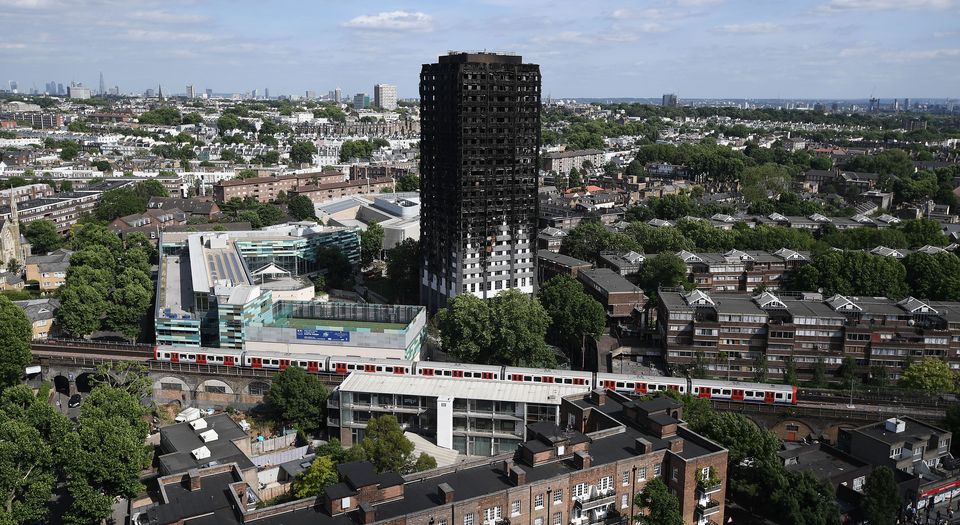 Have you visited it yet? The blackened tomb that shames London? This charred monument to 21st-century Britain’s wickedness? Have you allowed its fresh, hot horror to turn your stomach and prise open your eyes to the sins of this wealthy but divided city? This is what observers are inviting us to do: trek to Grenfell Tower and be stirred by the signs and wonders it is emitting to the nation. ‘I suggest everyone go see with your own eyes what we have come to’, says Krishnan Guru-Murthy of Channel 4 News. Feel that ‘gut-wrenching fury’ at our uncaring society that Grenfell invites us to feel, he says. Leave this building standing forever, says financial journalist Paul Lewis, as a ‘monument to hubris, profit, and stupidity’. Let it be a ‘shameful symbol’ of a state that no longer cares, observers say. ‘When I saw the building, I felt physically sick’, says one columnist: physically sick at the ‘injustice and greed’ of this nation.

This invitation to go on moral pilgrimages to Grenfell Tower, to feel the truth about Britain this smoking ruin is communicating, to turn a building gutted by accidental fire into a metaphor for the avarice of our nation, is strikingly, disturbingly pre-modern. It’s weirdly religious. It feels almost medieval. It echoes the pre-Enlightenment view of fire and natural disaster and pestilence as messages, as revealers of truths about our behaviour and society, even as punishment for our sinful ways. As a 19th-century observer said, man has long had a tendency to ‘bring down Providence on every occasion of calamity’, and to ‘behold in every devastation’ some kind of ‘judgement’ (1). And so it is today, still, though now with a secular bent: we rush to turn the Grenfell Tower fire into a reprimand against us, into a container of signs we’d be foolish to ignore. In this sense, the response to this horror tells us more about Britain today, about its backward turn and moral disarray, than the horror itself does.

No sooner had this great calamity struck west London, claiming at least 79 souls, than the rush was on to make it a metaphor. To find in this husk of a former home to hundreds not only answers to specific questions about woeful safety protocols, but meaning, lessons, judgement. This inferno is an ‘acrid indictment’ of modern Britain, said a writer for the FT. Finding herself accused of politicising the disaster, celebrity and self-styled spokesperson for the Grenfell victims, Lily Allen, said it was right to politicise it because this black building is now ‘a horrendous metaphor for how the Conservatives are running this country’. All specifics, all the tightly focused questions we must ask about what went wrong safety-wise, are wiped aside in the rush to fashion a simple, sweeping metaphor in which entire political attitudes or moral outlooks – the Conservatives, greed, hubris – are judged and found wanting by this fire.

Not surprisingly, those who see meaning in this great fire see only their own meaning – they see everything they already believed reflected back to them from Grenfell’s charred remains. ‘The horror of poor people burned alive within feet of the country’s grandest mansions… perfectly captures the politics of the past seven years’, says Guardian columnist Polly Toynbee. Perfectly: there’s a ghoulish relish here, a perverse glee at how allegedly perfect is this symbol in west London, this fiery judgement. And note that it only indicts the past seven years. It says nothing about the preceding 13 years? About the New Labour era, with its deregulation, its demeaning of social-housing residents as ‘anti-social’ pests, its failures in house-building? Of course not: this fire only says what Ms Toynbee wants it to say. It’s her fire. She, like others, is projecting her own judgement of society on to and through this calamity that claimed more than 70 lives. That feels incredibly inhumane. These observers are like the Puritans who sat on the outskirts of London in 1666, watching it burn, and seeing in the flames everything they already thought about London: that it was a foul, gluttonous place in which such a providential calamity was inevitable.

Indeed, the ghoulish elevators of Grenfell to an indictment of our politics and attitudes echo the religious extremists who saw moral messages in London’s Great Fire. Some saw that fire as a ‘special punishment for the crime of gluttony’ and for the ‘prandial predilections’ of this burgeoning city and its inhabitants – that is, for Londoners’ greed, their physical and moral self-interest (2). During the Great Fire there were even snooty indictments of the rich, of the kind that have been widespread in the week since the Grenfell inferno. On the fire’s consumption of the Royal Exchange, one of London’s earliest institutions of the new capitalism, one reverend said this was punishment for the fact that ‘sin, like Sampson, [had taken] hold of its pillars’. ‘What quick work can sin and fire make!’, he wrote, almost with joy, of this fiery indictment of the rich and removed (3).

As to the calls for Grenfell to stay standing, a black statue to our city’s moral and economic failings, this also echoes the fallout from the Great Fire. London’s first monument to the Great Fire, a golden statue called the Golden Boy of Pye Corner, was intended to capture the fire’s judgement of Londoners’ greed. The boy statue was made ‘prodigiously fat’ to symbolise that the Great Fire had been ascribed to the ‘Sin of Gluttony’. Now there are petitions to turn the area around Grenfell Tower into a permanent monument to the fact that our society puts ‘Greed before Need’. From seeing fire as punishment for a city’s gluttony to viewing it as an indictment of a city’s greed – how far have we really advanced in the 350 years since the Great Fire destroyed and remade London?

Of course, today we do not speak of Divine Judgement. God is out of the picture. But we still see messages in calamity. Most strikingly, the rush to find someone or some thing or some attitude to blame for the Grenfell inferno springs from the same pre-modern instinct to ‘bring down Providence on calamity’, to make metaphors and signs and wonders of horrendous accidents and disasters. ‘Burn neoliberalism, not people’, said the Labour MP Clive Lewis, hysterically, in response to Grenfell. Here, ‘neoliberalism’ is really a stand-in for evil. It is of course ridiculous to suggest neoliberalism or any other ideology caused this fire. Lewis’s point is really that we have erred, morally and politically, and only by correcting ourselves can we keep fire and horror at bay. Where earlier apocalyptic minds thought fire and plague and other phenomena could only be quashed through the destruction of the evils that caused them, Lewis calls for the fiery sacrifice of a political creed he hates as a means of preventing more Grenfells. Some have called his and other Corbynistas’ outbursts over Grenfell ‘Marxism’. Please. It’s medievalism.

There are two major problems with this rebirth of the pre-modern mindset. The first is that it detracts from the very serious, very analytical discussion we need about the Grenfell inferno and from the importance of learning lessons from it. The search for meaning and metaphors takes away from the search for very specific answers to very specific questions about safety and the state of social housing today. And the second is that this pre-modernism further dehumanises social-housing residents through reducing them to walk-on symbols in other people’s moral psychodramas, bit-part players in an apocalyptic morality play written by people who live far from places like Grenfell Tower and have never encountered life at the sharp edge of poverty. In a sense, the residents of Grenfell Tower suffer a double dehumanisation: first they were too often ignored by the people managing their building, and now they are made into signs in already written scripts about neoliberalism, the Tories, and the sins of modern Britain.

Let’s not sugar-coat it: this marshalling of the dead and the poor of west London to the moral-political end of issuing judgement against the rich and Tories is as foul as when Puritan preachers saw in the Great Fire the just and long-coming punishment of a sinful populace. We need answers about Grenfell. But if it’s meaning you want, and of course many of us do, then please, please look somewhere else. This is a human calamity, one of London’s worst, not a stage on which you might act out your moralistic dreams. These are dead human beings, not props in the political stories you tell yourself. And this is a devastated building that should be swiftly demolished, not a monument at which you might act out your self-flagellating hatred for 21st-century society for the rest of your life.