It isn’t King Arthur’s lack of women that makes it crap. 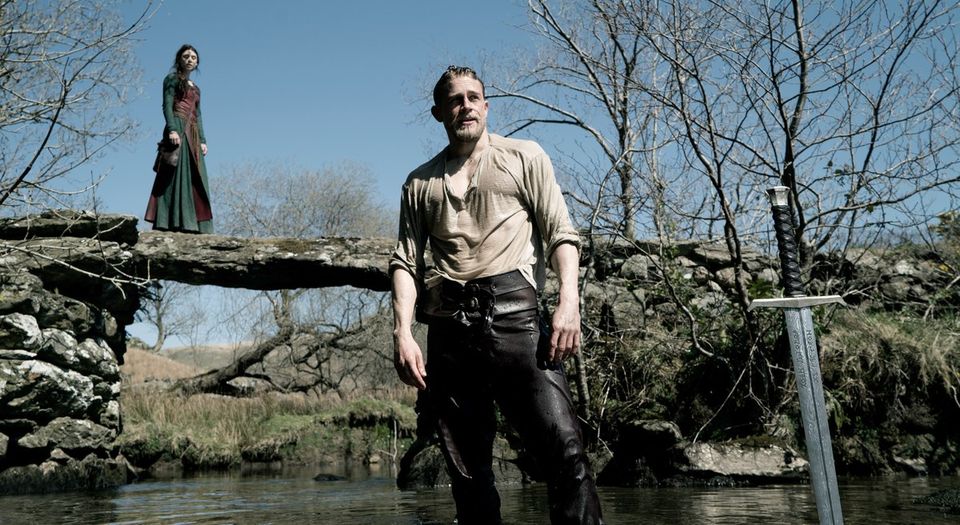 Another week, another Hollywood flop. King Arthur: Legend of the Sword had a budget of $175million and spent around $100million on marketing, and yet it made just $15.4million on its opening week. What caused this box-office failure for Guy Ritchie’s latest flick? Identity politics, apparently, or more precisely, Ritchie’s refusal to be more diverse.

‘You can’t make a $300million movie without women’, exclaimed IndieWire. While begrudgingly admitting that Ritchie’s film has no stars, had a ludicrous release date (on Mother’s Day weekend in the US, when mums are being taken to see more romantic films), is a watered-down take on the Game of Thrones genre, and, most importantly, is a terrible, terrible movie, some observers are suggesting it might have been more of a hit if only its cast had been diverse. Ironically, in seeking to celebrate women in cinema by slamming Ritchie’s lack of female casting, they downplay Àstrid Bergès-Frisbey’s performance. Her supporting role as The Mage is a key part of the plot.

Do they really think Arthur would have been a hit if it had thrown in a few more women? They overestimate the sway that identity politics has over mainstream moviegoing audiences. And in telling Hollywood to be more diverse if it wants to make more money, these commentators display a strange interest in the financial success of a movie over its inherent quality. They would rather Hollywood made more money than better movies. It’s as if they wouldn’t have minded Arthur being abysmal if only it had been diverse and abysmal.

There was also an identity-politics controversy over Ghost in the Shell, a flop starring Scarlett Johansson based on the popular anime franchise of the same name. The storm was over the supposed whitewashing of the protagonist, the Major (Johansson), who should, apparently, be Asian. However, as was pointed out by Mamoru Oshii, director of the original anime: ‘The Major is a cyborg and her physical form is an entirely assumed one. The name “Motoko Kusanagi” and her current body are not her original name and body, so there is no basis for saying that an Asian actress must portray her.’ Indeed, the film was considerably more successful at the Asian box office.

But when it flopped in the US, its failure was celebrated by some as evidence that the public won’t put up with whitewashing. Do they really believe the film would have been a hit if only the lead role had been taken by an Asian actress? Once again, the question of the film’s quality is ignored. And also the mistakes it made in its marketing are downplayed: the minimalist advertising campaign, with the poster showing the top half of Johansson against a multicoloured background, grossly overestimated the recognition factor of the cult anime. Yet by claiming this flop as a victory for identity politics, commentators can casually assume that the moviegoing public agrees with their moral outlook.

That’s the worst thing about these identity-politics critiques: the assumption that you can make a moral judgement about a movie without having seen it. How convenient, how lazy, how intellectually bankrupt. No need to grapple with subject matter or think about quality and style. No, you can simply denounce a film as immoral based on hearsay and hype.

Identity politics is also a denial of craft. Beyond relishing flops, the identity-politics brigade also suggests that it doesn’t matter how brilliantly constructed a film is – if it sins against the identity-politics outlook, then it’s still ‘bad’. There are some observers who would rather we didn’t experience La La Land’s dazzling cinematography, sumptuous colours and reinvigoration of the musical genre because they perceive Ryan Gosling’s character to be a ‘white saviour’. This isn’t even accurate: Gosling’s character may want to revive a black music genre, but he doesn’t ‘save’ anything – the only concrete thing he achieves is opening his own club. When La La Land went up against Moonlight at the Oscars, the discussion became all about the race of the cast and crew rather than the merits of the movies.

Going back further, many critics argue that The Birth of a Nation and The Triumph of the Will are among the greatest cinematic achievements. Does that mean they favour these movies’ explicitly racist messages, the former being an explicitly pro-KKK film, the latter a celebratory document of the Nuremberg rally? No, of course not. These movies are valued as major technical accomplishments, whose visionary techniques were hugely influential. A camera angle or editing technique has no morality in and of itself. Just as we can learn from well-made films with terrible stories or performances, so we can learn from films whose very reason for existing is repulsive. And those interested in ‘diversity’ for its own sake should note that Triumph was of course directed by a woman: Leni Riefenstahl.

The injection of identity politics into the film world ignores cinema’s immense subjectivity and emotional power. It is a brazen demand for stories and characters that perfectly conform to one’s own moral compass. It puts censorious pressure on filmmakers not to show the ‘wrong’ thing or cast the ‘wrong’ actor if they don’t want to be vilified as immoral, racist, misogynist, etc. It chills and cheapens this great artform.

Watch the trailer for King Arthur: Legend of the Sword: