While the Tories plan to police the web, Labour wants to abolish press freedom. 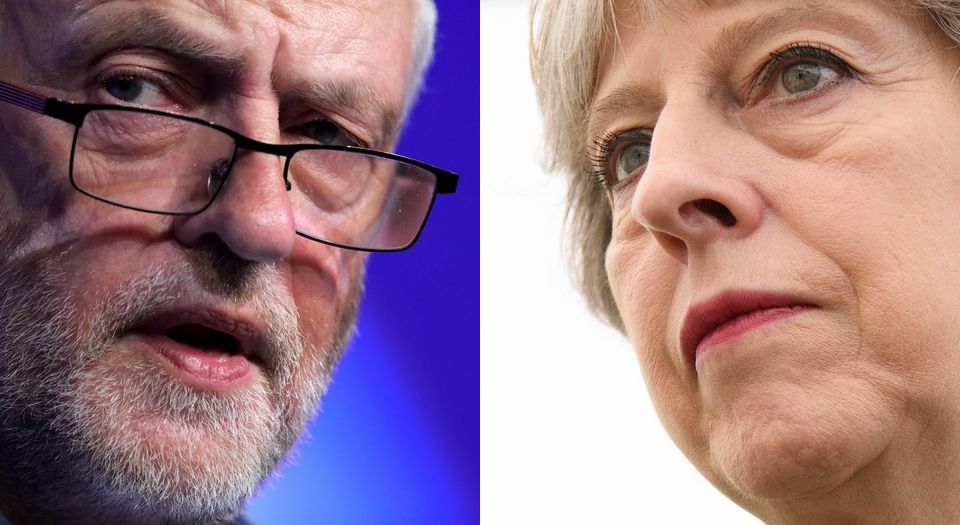 Since last week’s Manchester bombing, all Britain’s political leaders have repeated their commitment to defending our freedoms against terrorism. Yet when it comes to our most important liberty of all, freedom of speech, they have all surrendered already. Whatever the result of the UK General Election, the Free Speech Party will not be joining the government.

The Tory Party has declared war on free speech online. Even before the Manchester atrocity, its manifesto made clear the Conservatives’ commitment to imposing new controls on the internet, in a bid to turn the web into a worldwide ‘safe space’. It suggests that service providers and search engines would be prevented from directing users ‘to hate speech, pornography or other sources of harm’, and be obliged to cooperate with the government in countering extremism online.

Senior Tories confirmed to Buzzfeed News that they wanted ‘to impose restrictions on what people can post, share and publish online’. Critics were quick to compare these proposals to the sort of state controls on the internet imposed by Communist China. But Conservative prime minister Theresa May seemed keen to go further still, declaring her determination to make the UK the ‘world leader’ in regulating the internet.

‘Some people say that it is not for government to regulate when it comes to technology and the internet’, May told The Times. ‘We disagree.’ Talk of regulating technology makes it sound like some technical health-and-safety measure. But this is a political attack on free speech. Regulating the internet is no more a technical matter than the system of Crown licensing imposed on its predecessor, the printing press, more than 500 years ago. Both are attempts by the state to control what we are allowed to say, hear, watch – or think.

After the Manchester bombing, the Tories’ proposed crackdown on ‘hate speech’ and ‘extremist material’ online quickly went into overdrive. Mrs May told the G7 summit of world leaders in Sicily that the fight against Islamic State terrorism was ‘moving from the battlefield to the internet’. Chairing a counter-terrorism session, May told world leaders they must ‘work together to prevent online plotting of terrorist attacks and to stop the spread of extremist ideology’. It is typical of the times that censorship should be justified by conflating actions with words, equating terrorist attacks with ‘extremist ideology’.

That theme of treating ‘inflammatory’ words as if they were actually explosive devices was pursued by Tory security minister Ben Wallace, who declared that tech giants like Google and Facebook must be made to take down and ban ‘not only manuals about how to make bombs, but also grooming materials’ – that is, political material which might plant the idea of making them in young wannabe jihadists’ heads. Wallace said that the state required new powers to tell internet companies what is allowed online: ‘We need to have the tools to make them, where we need to, remove material quicker.’

In the aftermath of the massacre at the Manchester Arena, it might be tempting to go along with the Conservative Party’s plans to crack down on ‘radicalisation’ by banning ‘extremist ideology’ from the internet. Wouldn’t it be good if we could simply gag all radical Islamists with even tougher ‘security’ laws and kick them off campus and off the web, if not out of the country altogether?

But such simple authoritarian solutions won’t work. Trying to defend freedom by banning its enemies, to uphold our belief in free speech by censoring those who disagree, is both wrong in principle and useless in practice. As ever, the only possible answer lies in more speech, not less: a war of words against the ideas of the enemies of freedom, fighting them on the ideological beaches rather than burying our heads in the sand.

The purpose of such a political offensive would not only be to dissuade the few who might be swayed by Islamists’ ‘grooming materials’. More importantly, it would be to give our fear-ridden society a clearer sense of purpose in what we stand for, and the confidence to face whatever challenges come. It would help if the Tory prime minister stopped waffling vaguely about ‘British values’ and started spelling out what the Enlightenment values we are fighting to defend might actually be – starting with freedom of speech.

Some have objected that the Conservatives’ proposals for policing free speech online won’t work anyway, as you cannot control the worldwide web from Whitehall. But that misses the point. The top-down political crusade against speech deemed too offensive or hateful can only reinforce the already pervasive culture of You Can’t Say That in society.

One UK legal expert observed that May’s manifesto plans to restrict web content had a ‘laudable aim’, but were unlikely to cut much ice with the US web giants because ‘the Americans have a conception of freedom of expression that’s quite different from ours, coming from their ideas about the First Amendment’. Rather than seeing the First Amendment – which gives constitutional protection to freedom of speech and of the press – as a problem, we might do better to look to it as an inspiration for defending and expanding free speech online.

So much for the Conservative Party’s electoral failings on free speech. The Labour Party, of course, has long since abandoned any notion of freedom in favour of state control. Much of the legislation now used to police speech in the UK, where more people are being arrested and imprisoned for what they say and think than at any time since the 18th century, was passed or strengthened under the Labour governments of Tony Blair and Gordon Brown from 1997 to 2010.

Now under the leadership of Jeremy Corbyn, the Labour Party wants to go further still and abolish press freedom in Britain.

The Labour manifesto commits the party to implementing Lord Justice Leveson’s proposals for strict statutory regulation of the press, and staging another ‘Leveson II’ inquiry/inquisition as a showtrial of the hated tabloids. Labour has also sworn to impose Section 40, the legal sword hanging over the heads of the press which would mean that any publication which refused to submit to the new state-backed regulator would have to pay both sides’ court costs if it is sued – even if it wins the case.

Section 40 is a DIY censors’ charter that the last Tory government did not implement. Corbyn’s Labour has pledged to press the button for this nuclear option if elected. The Liberal Democrats have said the same, proving again that they have neither a liberal nor democratic bone in their worthless being. The Tories’ manifesto pledge to kibosh both Leveson II and Section 40 is one of the few electoral promises from any party that is worthy of unstinting support.

Labour also wants to give the bureaucratic quango Ofcom new powers to regulate and control who can broadcast what on TV and radio. As usual in Labour’s attacks on media freedom, this is presented as a radical blow against the press barons and TV moguls, especially the Murdoch empire. As the new paragraph inserted into the party’s manifesto puts it, ‘To protect democracy and media freedom, we will take steps to ensure that Ofcom is better able to safeguard a healthy plurality of media ownership and to put in place clearer rules on who is fit and proper to own or run TV and radio stations’. It is classic political newspeak to pretend that empowering unelected, unaccountable state-backed bodies to decide what sort of media is ‘fit and proper’ for public consumption is a protection of ‘democracy and media freedom’.

In reality, the Labour and Lib Dem plans would represent the effective end of press freedom in Britain – a freedom fought for down the centuries by those who understood it to be the lifeblood of democracy. Thomas Jefferson, one of the founding fathers of the US, said he would rather live in a world of newspapers without government than government without newspapers. Labour’s anti-democrats do not want to go so far as to abolish the media, just regulate and sanitise it into submission.

This is the miserable standing of free speech in the UK General Election campaign. It has helped to create a repressive climate where, in some workplaces last week, people did not want to talk about their horror at the Manchester bombing, for fear of being misinterpreted and accused of some sort of hate speech. Nobody knows what they are allowed to say, or even which words we are permitted to use. We should start by telling those who claim they will defend freedom to speak up for free speech.