Why Britain should go big on electric cars

After Brexit, we can finally invest properly in new sectors. 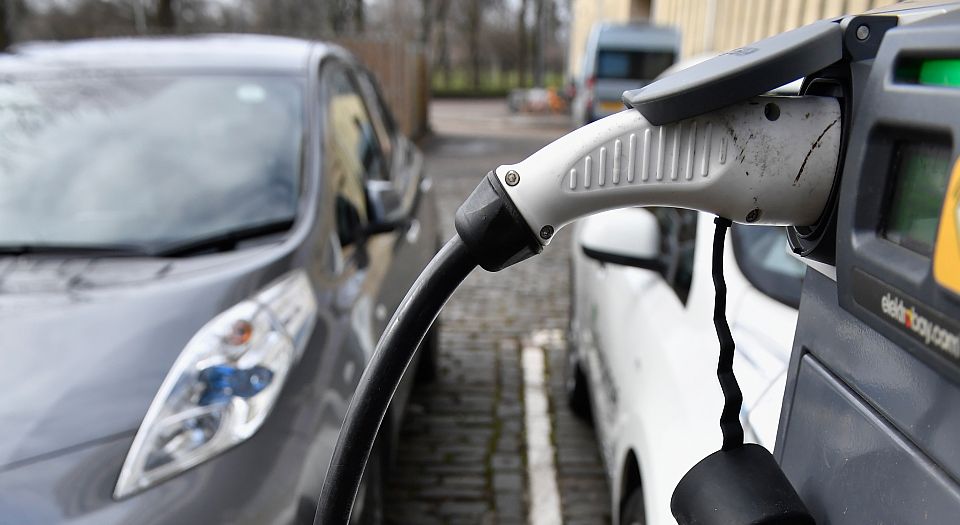 When Britain was fully signed up to the EU, the EU’s German-inspired bans on most forms of state aid meant that Whitehall couldn’t really develop a genuine industrial strategy. EU laws ensured the government could never engage too directly in the creation of new sectors of industry and services – sectors characterised by high technology, international competitiveness, and durable employment.

Now, as Britain goes about leaving the EU, there’s a deafening silence about the opportunity Brexit offers to create new hi-tech, high-productivity, job-rich sectors. One such promising new sector is electric vehicles (EVs).

1) Britain’s car industry, though relatively buoyant, faces the prospect of faltering sales in the future. By contrast, sales of partly and fully electric cars are clearly on the up. From 2015 to 2016, sales of Alternatively Fuelled Vehicles (AVFs) rose by 22.2 per cent, and 10,000 motorists opted for fully electric vehicles in 2016, up by 3.3 per cent on 2015. EVs represent the future. It’s time to invest in them seriously, take them fully into mainstream markets, and work harder to bring about a step change in battery power.

2) The Department of Business, Enterprise and Industrial Strategy (BEIS) appears dead keen on EVs: it has put up £78.7million of funding for research in the field, plus it has continued subsidies for people buying partly and fully electric cars and installing charge points at their homes. But so far, BEIS has done too little, too late. In January, it promised a report ‘in early 2017’ on the case for a new research institution to focus British efforts in battery technology, energy storage and grid technology, rightly believing that batteries are of ‘huge importance’ not just to consumer electronics, but also to EVs. The report still hasn’t materialised. Clearly it’s time to start planning and funding battery research on a large scale, not just write another report about it.

3) Britain’s scientific and technological elite has long warned that departure from the EU will endanger the paltry net funds for research and development (R&D) that the EU has given Britain prior to and since its Horizon 2020 programme. The Treasury has guaranteed to make up those funds, but that isn’t good enough. Now is the time to lay out an ambitious, low-bureaucracy programme of funding and action in British state-backed science and technology, extending also to much greater cooperation with international initiatives in those fields.

4) Just when sales of petrol-electric hybrids, ‘plug-in’ hybrids and all-electric cars are doing quite nicely, government ministers and green pontificators have had second thoughts.

It’s this last point that is the most fascinating. For transport minister John Hayes, demand for EVs ‘places the national grid under pressure’ – it’s a problem, not an opportunity. For the Green Alliance, a think-tank devoted to environmental leadership, EVs could be a dangerous burden on the grid: according to the executive summary of its new report, People Power: How Consumer Choice is Changing the UK Energy System, ‘as few as six closely located vehicles charging together at peak time could lead to local brownouts’. Here we have a textbook example of how the Project Fear mentality pervades innovation today.

Like Whitehall, the EU does have initiatives regarding EVs, but it is not really interested. Horizon 2020 projects in EV R&D amount to €6million for urban three-wheelers and €7million for climate-control systems that put less strain on batteries. The emphasis is not at all on creating a whole new sector, but on cosmetic actions performed on a shoestring.

Why does elite opinion, both in London and Brussels, prove so reluctant to put EVs on a new road? Back in 2009, during a New Labour government, I argued that the Department for Transport’s commitment to EVs was lukewarm because it was basically hostile to personal mobility. In 2014, I added: ‘Critics still fret that only wind and solar power can make EVs truly pollution-free; they add, too, that EVs are carbon-intensive to make. Others worry that EVs will overload America’s electrical power grid.’

Today, in 2017, the argument against EVs has taken a further twist. Britain’s failure to invest in new power stations has led to an enduring strain on electrical capacity. Meanwhile, iffy IT solutions, like those around the Internet of Things and ‘smart’ meters in the home, promise ‘intelligently’ to massage electricity usage downward in what is called a Demand Side Response. And yet, electric cars, though expensive (the Nissan Leaf model that has a range of 155 miles is £24,190, and only costs less than that if you rent the batteries), are gradually becoming more popular.

Far from trying to dynamise advance in battery research and production, ministers have raised the alarm about EVs. There is a blue funk around electricity supply, a red mist about how EVs might place an intolerable load on that supply, and a noxious attempt, once more, to get us selfish electricity and EV users to curb our excesses.

We need to leave this mendacious green-hued thinking behind. EVs should form one of the major strands of a post-Brexit industrial strategy – a strategy which Theresa May called for when she took over the premiership, but which has since then been put on the back burner. Let’s now boldly go build a new sector of electric cars, and let’s invest properly in the power stations and electricity networks to get them on the road.

Picture by: Frank Hebbert, published under a creative commons license.