Social-media activism is the preserve of shallow thinkers. 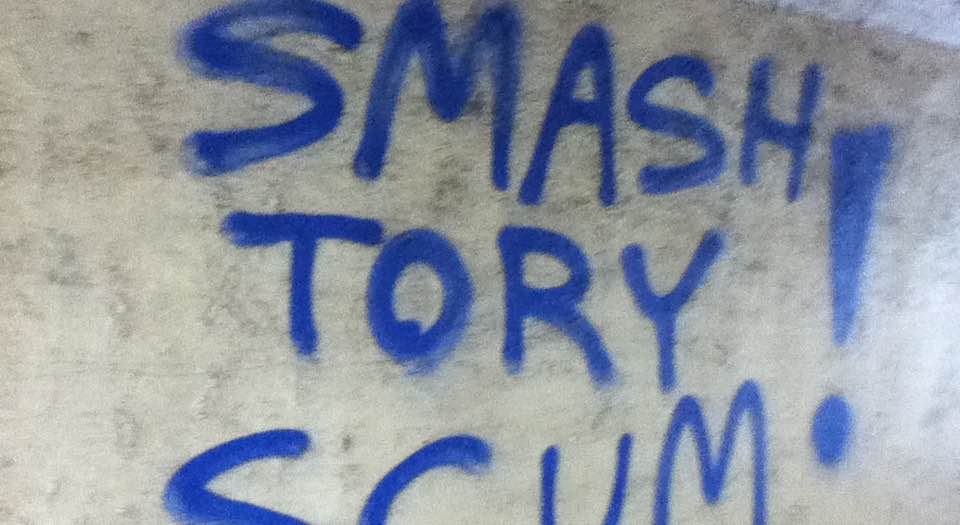 Oh God, I don’t think I can stand any more of it. Five more weeks of this? It’s intolerable. Too much.

No, I don’t mean the General Election. It’s a fascinating affair. Watching Labour self-destruct in recent years has been compulsive viewing, and now the denouement approaches. Surely the whole sorry tale will be made into a film.

What I am referring to is politics on social media — which like the Gate Keeper and Key Master, unleash misery, annoyance and anger whenever they meet. Specifically those imbecile memes you see on Facebook, which combine self-importance, ignorance and fatuousness. You know the ones: ‘If you vote Conservative on 8 June, you are voting to starve children’; ‘Forty-eight hours to save the NHS’; the ones with the general theme about the Conservatives being evil and Brexiteers being stupid. And let’s not forget those with the appended comment: ‘Frankie Boyle / John Oliver / Dappy from N-Dubz totally nails it!’ Oh such mind-numbing conformity and banality.

These memes are ostensibly designed to raise awareness for political causes. But they do nothing of the sort. No one’s mind has ever been changed by a discussion on social media, let alone are one’s voting intentions swayed by a daft, inaccurate, hysterical political meme. These memes are principally designed to make those sharing them look good, and to receive confirmation from likeminded souls.

The only tangible effect social media memes have is to irritate people. To post a political meme not only annoys others, it serves by accident to advertise one’s ignorance, to expose the fact that you don’t read the newspapers or follow current events for yourself, but rather get your opinions from social media. This superficial ‘one-click politics’, as manifest elsewhere in the cult of the online petition, is a declaration that you are shallow and lazy.

At the same time, it’s revealing. One of the main things that struck me about social media during the vote on Brexit was that so many prole-hating people who voted Remain had previously displayed very little interest in or understanding of current affairs. For many people, being pro-EU simply meant being internationalist, ‘pro-European’ or ‘anti-racist’ and ‘anti-xenophobic’ — or, indeed, ‘more caring than you’.

My suspicion is that contrary to the lazy consensus, many people who voted for Brexit were actually much better informed and politically aware than the Remainers. Not only do many Remainers in the posher parts of the country seem ignorant to or uninterested in the effect EU membership has had on the poorer parts of the country — they also seemed far less interested in the points of discussion. They seemed to prefer the lazy ‘I’m all right Jack’ status quo.

Never mind that the EU is a protectionist, undemocratic organisation run for big corporations at the expense of the small man, which has always turned over the Third World and has crucified southern Europe thanks to the Euro. No: because Nigel Farage is against the EU, and he is one of the bad and stupid guys, I must therefore be for it. Likewise, your self-congratulatory ‘I hate the Tories’ political memes that you share are merely idle, superficial grandstanding.

What’s so bad about internet addiction?

Maybe I should spend less time on social media and the internet. Maybe we all should. This at least has become the consensus. Not a day seems to go by without a new report or book about ‘internet addiction’ or, as one headline in the Guardian at the weekend put it, ‘a rising tech zombie epidemic’.

Sure, this phenomenon might be reducing our attention spans, causing sleep deprivation and distracting us from more fruitful pursuits such as reading books or having face-to-face time. And yes, people who use their smartphones while navigating pavements are the bane of urban living. But, really, of all the addictions to have, internet addiction is one of the least harmful.

Whether it be caused by genes or upbringing, I do believe some people have addictive personalities. And if you have an addictive personality, why not switch instead to an addiction that is neutral or even benign? I have a compulsion for learning languages, which from time to time does impinge on my life, but at the same time has proved a very rewarding and ultimately productive pursuit. And after all, we’ve all met interesting people and even new friends on social media.

How to fry eggs

I’m having trouble frying eggs. Each morning it’s the same old story: no matter how carefully I break an egg and slip it gently into the saucepan, the yolk splits. What am I doing wrong? Should I change from sunflower oil to butter, or change my eggs supplier, or adjust the temperature?

I’m so glad you’ve come to me about this. Broken yolks are an issue that afflict us all. This is a silent menace and I salute your bravery on an issue that is too easily stigmatised. If only more of us would speak up about this disease which is the last taboo.

I have struggled with broken yolks over the years. Every day is still a challenge. Every time one bleeds my heart weeps. They once seemed to epitomise my pitiful life: broken. And it’s not just the eggs. It’s burnt toast as well. Not to mention milk that’s gone off.

The first thing is to admit you have a problem. Then go to a counsellor. You must talk about it. Every day. All day — relentlessly and without respite to every single person you meet. Make your broken yolks the absolute centre of your life. Never forget that you are a helpless victim and will remain one for the rest of your days.

You can buy my new book Me and My Eggs, which provides a full recovery programme, documents my struggle with my egg demons, and includes a supplementary section on burnt sausages.

Doreen Krankenhaus’s previous books include My Brave Battle Against Bad Weather, Wouldn’t It Be Just Grand if Monopoly Money Was Real? and You Can Make Me Rich.