The Brexiteer case against Scottish independence 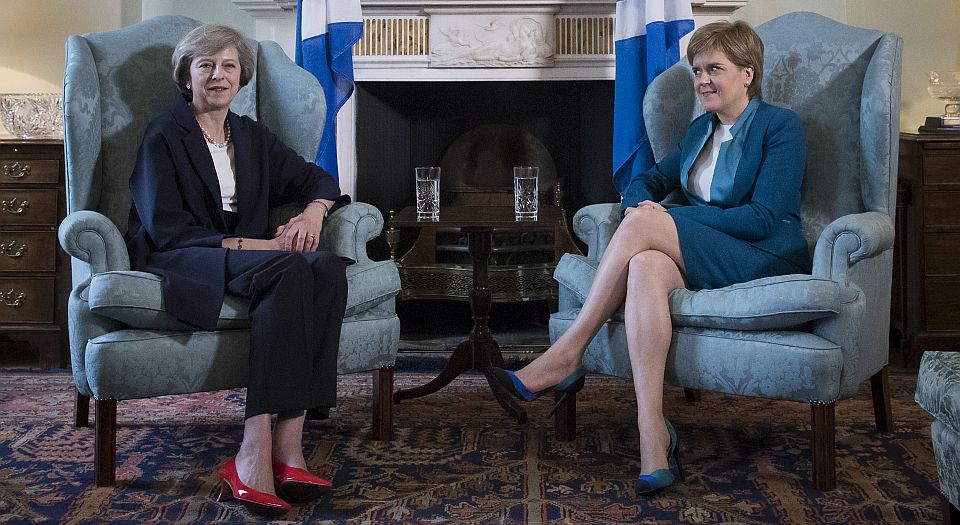 It’s amazing how quickly received wisdom is forged these days. Over the past fortnight it’s become a dinner-party platitude to say that just as ‘the English’ voted out of the union with Europe (Brexit was backed by more than just English people, of course), so the Scots have every right to opt out of their union with England, Wales and Northern Ireland. Brexiteers absconded from one union, so why shouldn’t Scots abscond from another, goes the simplistic cry. ‘Brexit was a vote for independence… you can’t begrudge Scots the same’, says one columnist.

The argument is that if you backed Brexit, then you haven’t got a leg to stand on when it comes to opposing Nicola Sturgeon’s latest stab at Scottish independence. They’re the same thing, innit? ‘No one involved in Brexit, or who supported Brexit, can make any argument against Scottish independence except emotional ones’, says a writer for the Spectator.

Actually, the opposite is the case. Brexiteers are precisely the right people to put the case against Scottish independence. Because the argument against Scottish independence is the same as the argument for Brexit. Namely that people should not shy away from democracy, with all the debate and disagreement and difficulties it involves, but rather should embrace it. That instead of hiding from our responsibility to engage in national public life, or handing that responsibility over to ‘expert’ external bodies who will do decision-making on our behalf, we should accept this responsibility, and cherish it. Where Brexit represented a brave reclaiming of the institution of democracy, Scottish independence is driven by a sense of exhaustion with it, and by a rather elitist urge to opt out of it.

To many observers, Brexit and Sturgeon’s campaign for Scottish independence are the same thing: attempts to rupture longstanding unions. (Very longstanding in the case of the UK: 310 years. Not so much in the case of the EU: 24 years.) But the bigger, more important question is surely why these unions are being called into question.

In the case of Brexit, it was pretty clear. Ignore the elitist media smears about Brexit being a case of ‘English people’ wanting to kick out immigrants or create Farageland or just behaving really stupidly. In the real world, Brexit was backed by a majority of Welsh people too, and by hundreds of thousands of people in Scotland and Northern Ireland (1,018,332 people in Scotland; 349,442 in Northern Ireland), and polls consistently show that huge numbers of Brexiteers think EU migrants should be allowed to stay in Britain post-Brexit. Racist? Nope. As to Brexiteers’ alleged bovine instinct to create a UKIP dystopia: the slow-motion collapse of UKIP to a collective national shoulder-shrug should confirm that it wasn’t UKIP wot won Brexit; Brexit was victorious in spite of UKIP, not because of it.

Most Brexiteers voted from a belief in democratic law-making, not from racism or Farageism. As the Ashcroft Poll found, the main reason given by Brexiteers for their opposition to the EU was ‘the principle that decisions about the UK should be taken in the UK’. Brexit was about stripping away one of the main bureaucratic layers between ordinary people and politics. It was a stealing back of democracy; a people’s expression of their willingness to engage in democracy, however hard it might be. It was an insistence that we do not need to be protected from the rough and cut of democratic politics – a protection paternalistically offered to us by the technocrats – and in fact we want to be exposed to it. It was an autonomous, adult attempt to have a reckoning with politics and public life.

Modern Scottish nationalism is driven by an almost polar opposite instinct: an urge to shrink the UK as we know it in order to escape the consequences of mass, democratic politics. A desire to create yet another layer – the layer of petty nationalist institutions – between the often unforgiving workings and ideas of British democracy and a section of the British people: the Scots.

For leftists in particular, many of whom threw their lot in with the idea of Scots independence during the Indy Ref of 2014, Scottish independence is attractive precisely to the extent that it allows them to circumvent what they see as the backward, Tory-esque thinking of a majority of Brits, especially English people. They, and also many in the SNP, fantasise that Scotland is a progressive, socialist-at-heart nation, and these fine instincts are being stymied by the votes and attitudes of dumb English people. Solution? Cut yourself off. Avoid even having to have the argument with the ignorant masses, never mind having to win it, by creating your own siphoned-off pseudo-independent nation in which you’ll always get your own way.

As one left commentator said during Indy Ref, the left’s flirtation with Scottish nationalism is driven in part by its irritation at ‘the sheer scale of the defeats suffered by the left’. One radical writer described Scottish nationalism as a ‘potential escape mechanism’ for leftists north of the border tired of living under governments in Westminster elected by the low-information right-wing hordes south of Hadrian’s Wall. And that’s what ‘independence’ is for Sturgeon and Co, too: an ‘escape mechanism’, a means of fleeing from the consequences of democracy into your own aloof, agreeable statelet.

This is why this independence movement seems to have so little to do with actual independence, as confirmed by the SNP’s desire to break from Westminster only to wrap itself in the interfering arms of the oligarchy in Brussels: because modern Scottish nationalism isn’t about independence at all. Except, perhaps, independence from the masses. From the British throng. From democracy. From a demos that has proven so disappointing to always-angry Scottish nationalists and to British leftists who see an independent Scotland, shorn of the millions who currently make up British democracy, as an opportunity to create the state-socialist utopia that they know a majority of Brits would find unappetising.