No, Dutch voters have not tamed 'the Brexit spirit'. 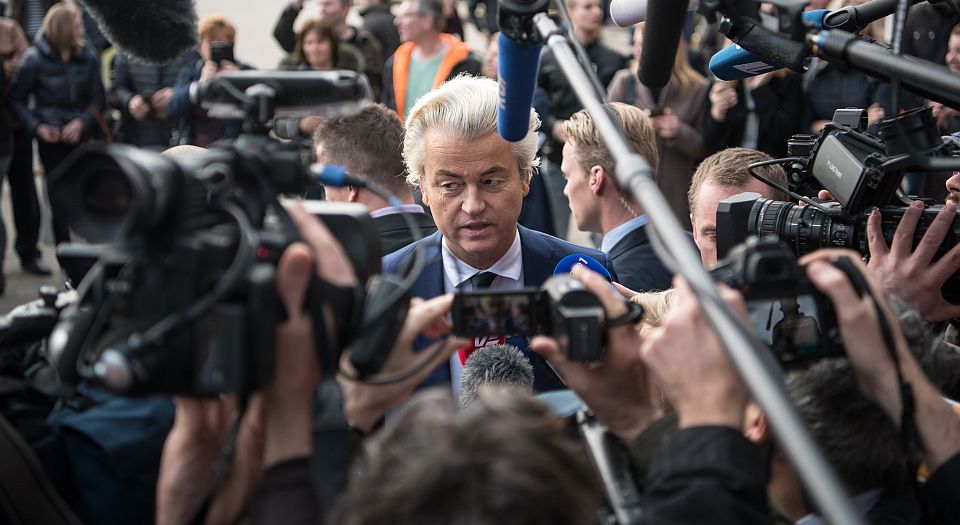 If you want to know how detached, even otherworldly, Europe’s political and media classes have become, look no further than their response to the Dutch elections. That Geert Wilders, the stiff-haired leader of the Islam-panic outfit the Party for Freedom, didn’t do as well as expected is being celebrated as a ‘blow to [Europe’s] populist surge’. The Dutch people have stood up for decency, the anti-populist set claims, and said ‘Halt!’ to the post-Brexit era of weirdness. This is delusional. Let’s call it the Dutch delusion: the idea that politics as it once was has been defended in Holland, and might be brought back to life across Europe.

No sooner had the exit polls for the Dutch election been published than the Twitterati and opinion-formers were hailing the resuscitation of pre-Brexit ‘normalcy’. ‘Global populist surge halted’, claimed one report. This ‘Dutch snub’ could be the beginning of the end for the ‘far right’, said another. Dutch PM Mark Rutte, leader of the centre-right People’s Party for Freedom and Democracy (VVD) that won most seats, says Dutch people have said ‘whoa’ to Brexit and Trump, to ‘the wrong kind of populism’. Watch out, you tens of millions of American and British voters: your allegedly nasty politics is heading for defeat by the Dutch and other people nicer than you.

There are two delusions here. The first is that Wilders is the same as Brexit. That there’s a continuum of populism, starting with Brexit and running through Trump, Le Pen and Wilders: an indistinguishable blob of ‘far right’ sentiment that clings like a tumour to Europe. This continuum of populism is pure invention, a construct of increasingly tetchy anti-populists in the media. These people either lack the nuance to understand that the growing opposition to the old politics takes different forms around the world, or are keen to tar every new political sentiment with the same brush of ‘FASCISM!’ in order to make their task of demonising it, and avoiding looking at what’s behind it, that bit easier.

The truth is that the Wilders worldview is a million miles away from Brexit. That both the Moroccan-bashing, Koran-banning Wilders and millions of working-class people in formerly industrial parts of England and Wales oppose the EU is neither here nor there. It’s like saying the Olympian who waves the Union flag after winning a race is the same as the BNP skinhead who waves it as he stomps menacingly through an Asian suburb. Where Brexit was a clean, positive rebellion against the EU – not for UKIP, not for clampdowns on immigration, and certainly not for the persecution of Muslim immigrants – the Wilders outlook comes with all kinds of backward ideas. His party wants to ban the Koran, a deeply reactionary idea. It wants to shut down mosques: an intolerable assault on freedom of religion. He wants to ban Muslim immigration. There was no such reaction or illiberalism or shrillness to the broad Brexit vote.

Indeed, as made clear by the post-referendum Ashcroft polls, a majority of Brexiteers voted Leave from a belief that laws should be made in the nation that must live by them. They voted on democratic principle. The second most common reason given for the Leave vote was concern over immigration levels, but even this is nothing like the Wilders outlook. A large majority of Brexit voters want EU migrants to stay in Britain and want immigration to continue, albeit in a thought-out fashion. It’s wrong even to compare Trump with Wilders, for the simple fact that Trump is utterly unable to enact Wilders-like policies, even if he wanted to. The US, being a constitutionally liberal republic, in which the state is expressly forbidden from interfering with freedom of religion and speech, could never ban the Koran or close mosques. Trump is not Wilders.

The invention of a continuum of populism shows how disconnected is the political class. The idea that there’s a far-right movement in Europe, connecting one-time Welsh miners who don’t like the EU with elderly French people planning to vote Le Pen with the genuinely reactionary people who run something like Pegida, is a fantasy. It makes moral connections where none exist. If there’s a ‘theme’ in Europe today, it’s a feeling of exhaustion with the old, technocratic elite, and a desire for a different politics. How this theme works itself out differs from nation to nation, and takes different forms even within nations. It is the political class’s abject unwillingness to grapple with this growing sense of public agitation that makes it cry ‘FAR RIGHT’ at anyone who dares question the old status quo. How easier that is.

Then there’s the second delusion: the idea that the result in Holland was good for ‘normal’, supposedly progressive politics. Rutte talks up the election result as a victory for goodness against hate, for him against Wilders, and Trump, and Brexit. Is he serious? His VVD lost eight seats, down from 41 to 33. His coalition partner, the Labour Party, was all but wiped out: it lost 29 seats, reducing it to just nine. If the election confirms anything, it isn’t that populist politics is waning: it’s that social democracy in Europe remains in a state of terminal decline; that the rupture between the left and voters is now vast. The surprise beneficiary was GroenLinks (GreenLeft), which won 10 new seats, taking it to 14. This looks like a variant form of the rejection of the old politics, only instead of expressing it by voting for an anti-EU party, many did it by switching from social democracy to environmentalism. Also, Wilders hardly did terribly: his party gained five seats and is now the second largest.

Far from scuppering the new populism, the Dutch elections seemed to include its key ingredient: that public feeling of fatigue and anger with the old, zombie-like, bureaucratic politics, with a left-right divide that seems to mean little. That the main centre-right party lost seats and the social democrats got thrashed suggests the Brexit spirit, as we might call it, exists as much in parts of Holland as it does in Norfolk or Stoke or ‘the Brexit states’ in the US, as some referred to those parts of America that most keenly rejected Hillary. It’s just that this spirit takes different shapes in different places; it’s moulded by local and historical factors; it’s positively expressed in some places, less positively in others. For leftists to celebrate the Dutch election result is bizarre. Many left voters have shifted from social democracy to green politics, from ideas based on class to concerns about nature. The old left should worry about this. But those of us who want a new politics should not.

Indeed, to my mind, this is one of the positive things about the Dutch election. Because the more that social democracy and technocracy and other modern political outlooks that are utterly incapable of meeting people’s basic desire for greater autonomy and comfort are swept aside, the more space we will have for discussing and forging a new, better, more genuinely liberal politics. Brexit, nothing like Wilders, pushed us closer to that new politics; let’s keep pushing.