The danger is not fake news, but fake democracy

We don’t need gatekeepers to tell us what to believe. 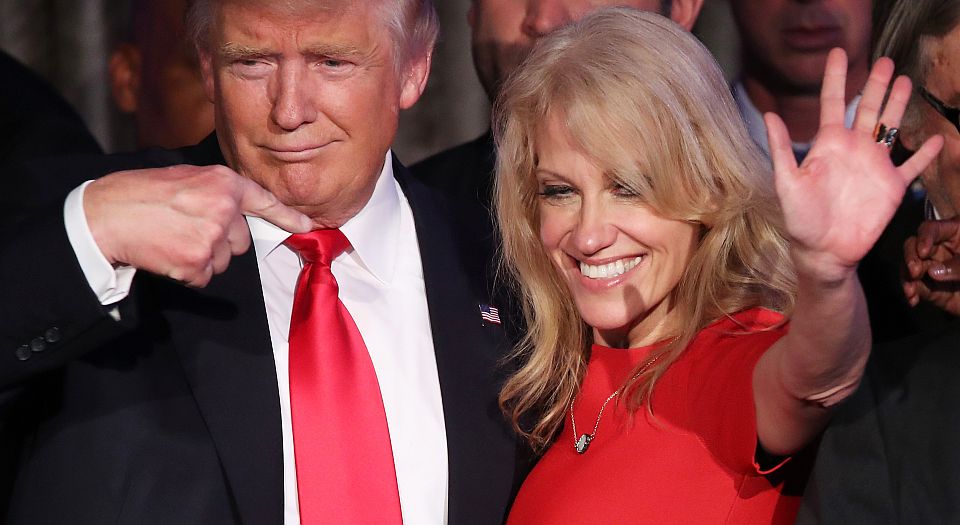 Here is the news. The current obsession with ‘fake news’, which has sparked attempts at a political, media and corporate crackdown across the West, is itself based on a false premise.

Contrary to bogus reports being broadcast by political and media elites, the reason why 17.4million British voters backed Leave in last June’s referendum was not because the Daily Express published inaccurate frontpage headlines such as ‘EU exit boosts house prices’. And when almost 63million Americans voted for Donald Trump to be president, it was not because dodgy bloggers somewhere in the East posted invented news stories such as ‘Pope backs Trump’.

In different ways, those results (Brexit positive, Trump not) represented a revolt against the establishment and a rejection of the dominant cultural values of the age by the masses who had been branded ‘deplorables’ and worse.

The subsequent top-level panic about fake news in our ‘post-truth’ age is largely a desperate attempt to avoid facing up to the real meaning of those political revolts. Instead, the defeated elites are peddling false stories about how millions of ignorant and gullible voters must have been led astray by lying demagogues and fake-news propaganda. And they are trying to regain control of public debate by sanitising the web and policing what is published on sites such as Facebook – effectively attempting to restrict freedom of speech in the name of ‘defending democracy’. It doesn’t get much more fake than that.

Contrary to the falsehoods being spread by politicians and the mainstream media, the big threat facing Western democracy today does not come from a few fake news reports posted by foreign agents or teenagers in their parents’ back bedroom. Far more dangerous to democracy are those at the heart of the Western establishment who want to re-educate voters about what they should know and believe, and establish fact-checking ‘gatekeepers’ to limit democratic debate.

The fake-news panic can be exposed as misleading on various levels. For instance, the notion that it is an entirely new problem ignores the fact that fake news is at least as old as the Trojan Horse. In more modern times, it is not only the likes of Vladimir Putin’s Russia that have used fake news reports to justify their wars. Western states have deployed similar falsehoods to aid their efforts in every major conflict, from the war-porn fantasies about German soldiers raping and bayoneting Belgian nuns in the First World War to the sci-fi fantasy of Iraq’s weapons of mass destruction in 2003. What is new now is not the faking of news, but that the internet means governments and their tame media no longer have a monopoly on making up such stories.

The notion that fake news somehow poses an external threat to the West’s Enlightenment values of truth and reason also ignores the extent to which, as previously analysed on spiked, those values have already been thoroughly trashed from within Western cultural elites. Postmodern academics preaching that there can be no such thing as a single truth; news media practising the ‘journalism of attachment’ in which emotions can count more than evidence and objectivity is abandoned even as a goal (in which case, as I once told objectivity-scorning journalism students, they might as well switch courses and study to be poets or playwrights instead); and the many apostles of ‘identity politics’, for whom how you feel about something – especially if you feel offended or victimised in any way – overrides such small matters as the facts. These and other influential Western voices had done much to undermine Enlightenment values long before anybody starting posting fake news stories from the former Soviet bloc.

The cutting edge of the current panic is the argument, recently repeated by top politicians and prominent commentators on both sides of the Atlantic, that ‘fake news poses a threat to our democracy’. It is this that exposes the fake character of the kind of democracy that these forces want to defend.

How exactly could fringe fake-news websites and stories threaten the fortress of Western democracy? Only if you believe that the masses are sufficiently stupid or suggestible that they will believe whatever they are told, and act accordingly; that because some blowhard politician claimed that Brexit would fix the NHS, that must be why millions of Brits voted to Leave; and that some blogger accusing Hillary Clinton’s campaign of being involved in a child-abuse scandal explains why millions of Americans voted for the dreadful Trump.

In other words, the elevation of the problem of fake news is the flipside of the denigration of the intelligence and independence of the electorate. What these elitists and experts really object to is the wrong kind of democracy – voters inexplicably having the gall to reject their advice and support policies and candidates that are not to their taste. They blame the electorate for being unfit for the democratic system, rather than the other way around. They see the solution as tighter policing of public discussion – that is, more controls on what people can see and how they see it — through new systems of gatekeeping and fact-checking guardians on the web.

In this worldview, the political and media elites become modern priest-like keepers of The Truth, and any who question their authoritative version of events can be dismissed as heretics and deniers. This apparent defence of democracy goes against everything that the D-word should mean.

The essence of democratic politics is freedom of speech and no-opinions-barred debates. It is a clash of competing moral values and political visions. It is up to the demos – the people – to take in all the evidence and arguments, take part in the debate, and then judge for themselves what they believe to be true and choose whose side – if any – they want to be on. In a democracy, experts can always give advice, but not give orders about what the demos should do.

The idea of imposing gatekeepers and fact-checkers assumes that there can only be one correct way of viewing an issue. That sounds like the stuff of Orwellian news-control. Thus in its critical report into the EU referendum campaign, the Electoral Reform Society suggested an ‘official body’ should be created to intervene and correct falsehoods in future political campaigns. Perhaps they could call it the Ministry of Truth?

President Trump’s spokesperson was justifiably ridiculed for suggesting that the administration’s inflated estimate of the inauguration ceremony crowds was simply based on ‘alternative facts’. Yet in politics there really are always competing interpretations of reality, different versions of the truth. What you see depends which side of the battle lines you are on. Who really believes that gatekeepers imposed by the political and cultural elites would somehow be neutral seekers of truth, floating on a cloud above the fray with no agenda to pursue or axes to grind?

How does a democratic society decide on what it believes to be true? By the fullest possible debate, not by having it handed down from above. The media have an important part to play in countering fake news, by maintaining a core of properly sourced professional journalism. However, some now apparently see their role as policing what others publish.

Thus the new ‘Countercheck’ scheme for countering fake-news stories during the French presidential election campaign involves the liberal Le Monde, BuzzFeed and Agence France Presse working with Facebook and Google to help French voters ‘make sense of what and who to trust online’ by offering users the option to flag news stories as ‘real’, ‘satire’ or ‘fake’.

Leaving aside the small matters of why they assume voters should automatically trust the judgements of media outlets that are widely seen as part of the French establishment or, in the case of Buzzfeed, as a scandal-monger, the political motives behind this patronising effort to guide the French away from the far-right Front National should be clear to all. If anything, this appears even more explicit in Germany, where Facebook has launched a gatekeeping initiative in response to state officials’ concerns that, as the BBC puts it, ‘online “hate speech” could influence the parliamentary elections in September in which Chancellor Angela Merkel is seeking a fourth term in office’. In other words, they are trying to protect Ms Merkel from the possible revenge of the masses whom they all fear and loathe.

The only way to counter Trump in America or the FN in France is through a political battle, an open democratic debate to try to win people over and decide what society believes to be true. But instead, the Western establishment wants to close down discussion through internet policemen or the courts, in the false belief that banning a critic is the same thing as beating them. They have learned nothing from Brexit and Trump’s election except for the need to double down on their prejudices about the ‘under-informed’ (aka under-intelligent) electorate.

The elites have effectively redefined defending democracy to mean defending the status quo – if necessary, against unfettered free speech and the unruly demos. Their crusade against fake news is only the latest stage of their war to maintain a fake version of democracy that depends on trying to dictate the speech, thoughts and votes of the demos in whose name they claim to rule.