The liberals bashing the Electoral College are far from democrats. 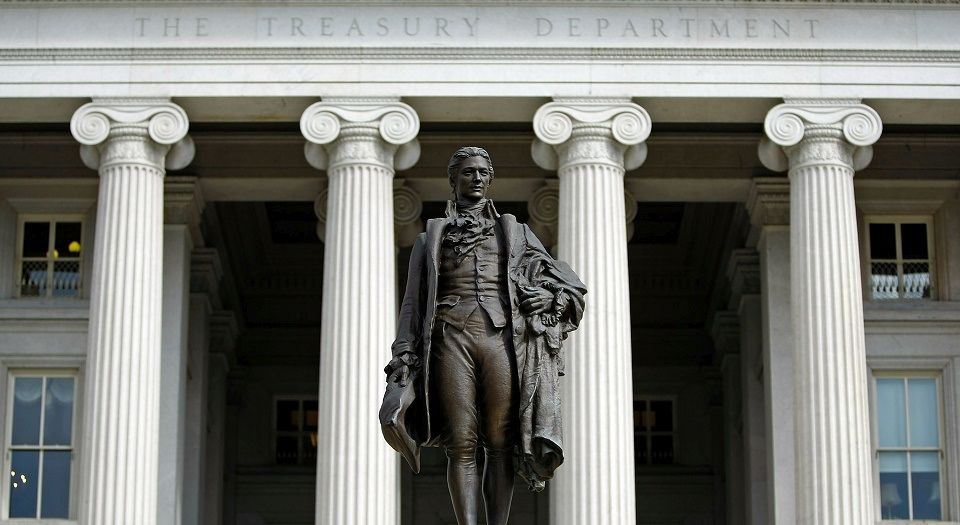 Donald Trump’s securing of the Electoral College, but not the popular vote, has resulted in Democrats taking a closer look at the US electoral system. They have moved between two contradictory viewpoints on the matter. They fluctuate between being Electoral College abolitionists, arguing it is outdated and should be scrapped, and arguing that the Electoral College as it was originally conceived – in particular by Founding Father Alexander Hamilton – should be revived.

Almost as soon as Trump secured his victory on 8 November, protesters were taking to the streets denouncing their ‘archaic’ electoral system. Liberal media outlets incessantly reported on the growing ‘victory’ of Hillary Clinton in the ‘popular contest’, as if such a thing existed. California senator Barbara Boxer even put forward a bill to end the Electoral College.

The New York Times went so far as to claim that it was a ‘living symbol of America’s original sin’. The Electoral College, it seemed, was out of fashion. After election day, the consensus among Democrats seemed to be that it was the worst way possible to pick a president.

Such attacks could be dismissed as the tantrums of bad losers. And, on the whole, they were. After all, few questioned the efficacy of the Electoral College before Trump’s win. However, there is a principled, democratic case for abolishing it.

The framers of the US Constitution originally intended the Electoral College to temper what they saw as the wild passions or wrongheadedness of the electorate; to ensure, in the words of Hamilton, ‘that the office of president will never fall to the lot of any man who is not in an eminent degree endowed with the requisite qualifications’.

As Richard Beeman notes in his Penguin Guide to the United States Constitution, it was ‘initially designed as a decidedly elitist device by which only the most knowledgeable and elitist men – those selected to be electors – would use their own independent judgement in deciding the president’.

The Electoral College soon ceased working in that way. By the election of 1800, electors were pledging to follow the will of their electorates, meaning Hamilton’s arguments for it became redundant. However, the Electoral College still impedes the popular will in some sense by giving greater proportional weight to less populous states.

While there is a democratic argument to be made against the Electoral College, in the aftermath of Trump’s election, liberals merely seemed to be expressing their disgust for the president-elect, rather than any deeply held belief in popular democracy.

Indeed, when the electors began to assemble to ceremonially cast their votes in December, many liberals seemed to fall in love with the Electoral College all over again. The calls for abolition soon gave way to calls for its revival, in the sense it was originally designed – as the ‘elitist device’ described by Beeman.

A group calling itself the ‘Hamilton Electors’ was launched, encouraging electors to vote for candidates other than Trump. Electors, it argued, had a duty to override the decision of their states and vote according to their conscience.

As the group’s website noted: ‘The Founding Fathers intended the Electoral College to stop an unfit man from becoming president. The Constitution they crafted gives us this tool.’ One of its members told the Atlantic that, ‘We’re trying to be that “break in case of emergency” fire hose that’s gotten dusty over the last 200 years’.

Whether or not the popular musical on Broadway had anything to do with it, the liberal-left in the US suddenly became huge fans of Hamilton. The hashtag #HamiltonElectors trended in late December as the electors gathered. Salon republished Hamilton’s Federalist Papers: No68. Meanwhile, the Independent talked up America’s ‘final chance to stop Donald Trump becoming president’.

Whether Trump would have lost in a popular vote is debatable – under different rules, people would have voted differently. But what’s clear is that the swift change many liberals made, from being Electoral College abolitionists to advocates of Hamiltonian electors, showed that what they were really interested in was engineering the ‘right’ electoral outcome, not making a principled stand for democracy. They were doing little more than updating the old screeds of people like Hamilton, who viewed the electorate with a mistrust bordering on contempt.