The crisis of Eastern Europe

The legitimacy of the East’s rulers has been thrown into question. 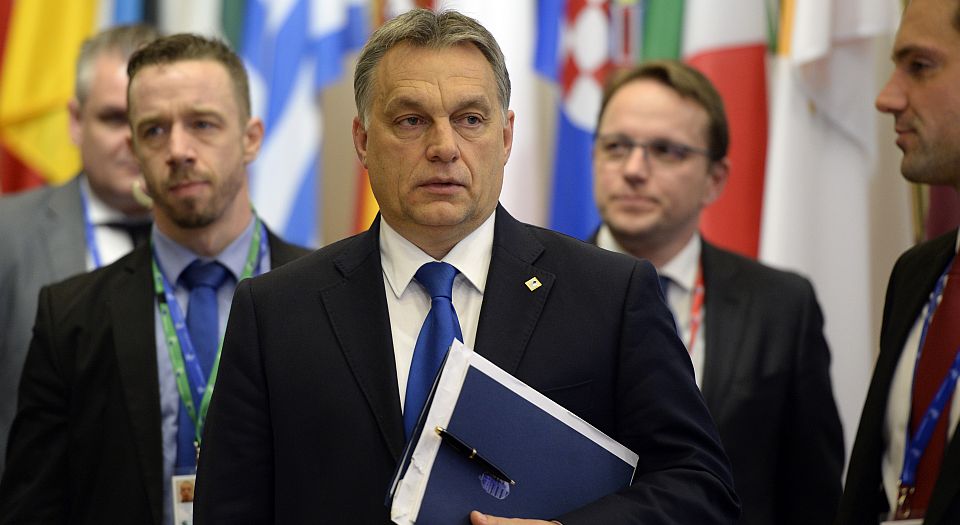 The economic crisis that hit Western Europe in 2008 had its biggest political impact on the societies of Eastern Europe. In parts of Eastern Europe, stable political systems gave way to new debates about the fundamental goal of political life. We saw the emergence of ‘populist’ and ‘illiberal’ political rhetoric. The post-1990, post-Soviet Bloc consensus was called into question. All the illusions that the former members of the Soviet Bloc had in relation to adopting the so-called Western European model were shattered by the realisation in 2008 that no such secure, stable model existed.

What the 2008 crisis brought to life was that the post-1990 EU was based on the idea that the market was the only way forward. It was infused with the idea of neoliberalism. And it was this ism that meant the 2008 financial crisis became an existential crisis for the EU. There were some attempts at a new kind of economic policy — for example, the Juncker investment plan. However, the broader, Angela Merkel-led plans would not allow for any kind of countercyclical, state-led spending spree to get Europe growing again. This led to growing inequality. It also showed the newer EU member states that there would be no higher wages, and in fact they had little choice but to follow the technocratic Eurothatcherism now dominant in the EU.

The post-1990 consensus fundamentally rested on the idea that Western Europe exists as a unified model — a model that is sustainable; which brings material welfare; which can be reproduced in different geopolitical circumstances. The idea was that Western Europe exists, not only as the western part of the European continent, but as a coherent way of constructing political and economic life more broadly. In Eastern Europe, post-1990 political discourse was built on this belief, as reflected in phrases like ‘in the European sense’, ‘checks and balances’, ‘European values’, ‘EU standards’, and so on. Latterly, these came to be intellectual battering rams, used against increasingly disbelieving populations.

So, inevitably, the debate in the East has recently become: is it possible to have a different system, separate from the so-called unitary model which was shown by the events of 2008 not to work? It started to be argued in the East that the unitary model was a myth. Yes, fundamental freedoms, the welfare state, social justice and so on are goals worth fighting for — but the question of how to fight for and secure such things would have to be based on each nation’s own political terms. In having this debate and pursuing these goals, the East would have to shake off the shackles of teleological thinking and realise that history and politics have no fundamental goal; rather, politics is about managing the conflicts of society in such a way that greater numbers of people enjoy both prosperity and peace.

The problem with the ‘unified model’ belief is that it rests on the claim that ideology can fix societies’ problems. It treats society almost as an equation, to be solved with the right thinking and the right tools. This idea is of crucial importance to those who want or have power, since it allows them to present themselves as being in possession of the right thinking, the correct answer, the necessary tools for fixing society’s woes.

A key reason why the Western European model was not reproducible in the East is because it rested in large part on the US military presence and financial assistance in Europe, which was in turn based on the geopolitical importance of the West as a bastion against the Soviet Union. In other words, this model was built on the very conditions that Eastern states wanted to converge away from. Yes, the East accepted US-guaranteed safety and funds from the EU, but the political underpinnings of this Europe-wide system have become weaker in recent years. It certainly does not enjoy the moral authority of something like the reconstruction of Europe post-1945.

And so the 2008 crisis, the crumbling of the economic and geopolitical pillars of the idea of ‘Western Europe’, led to the calling into question of the political legitimacy of the post-1990 political class in the East, too. For more and more people have come to the realisation that their post-1990 goals are largely unattainable, and are based on a model that has proven weak. Now we are witnessing the emergence of new kinds of political actors, who base their legitimacy on something very different to the Western model. In the rhetoric of these so-called populists, Brussels becomes the enemy, and tragically so do some of the fundamental freedoms that were promised, if not realised, by the Western model.

Eastern elites’ failure to deliver on higher wages and more freedom, including the freedom of consumption, was down to the fact that, post-1990, they were pushing an ideology which even in the West was in its dying years: neoliberalism. The path offered to the East was not the path of Western Europe in the postwar reconstruction period, or even the 1970s; rather, it was the path of the 1980s. It turns out that this path was an historically and geographically special way of doing political economy, not a universal model for all. And so now there is a political and moral gap in the East, being filled by a new kind of politics.

Peter Ungar is a councillor in Budapest and a member of the the Hungarian Green Party.