Remain: the left has lined up with the establishment

Leftists now put bankers and bureaucrats before the people. 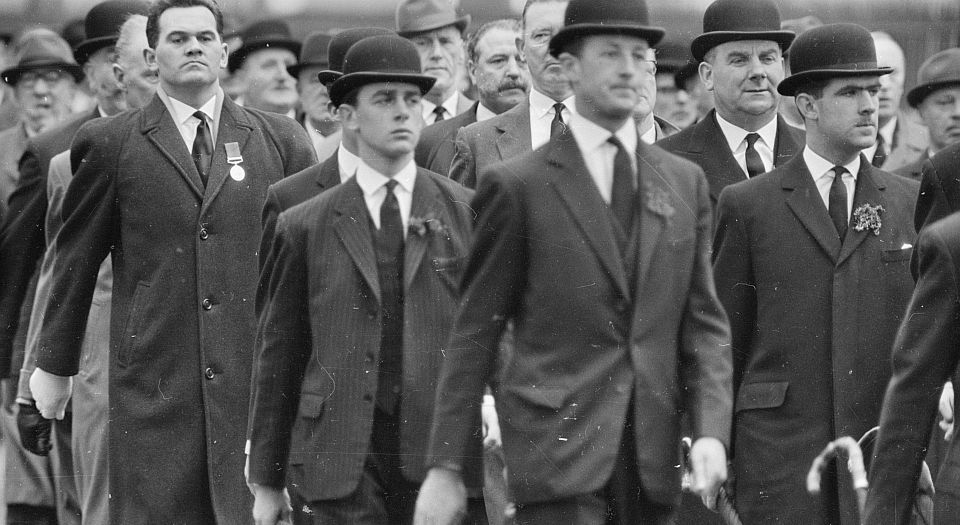 ‘Brexit is a fake revolt’, writes Paul Mason in the Guardian this week: ‘Working-class culture is being hijacked to help the elite.’ A withering article in Vice agrees. ‘Brexit is the upper classes in revolt’, writes Sam Kriss. ‘They see an undemocratic and unaccountable EU elite ruling by diktat and an unfounded sense of their own superiority, and they think: hey, that’s our job.’ Among nominally metropolitan, left-wing Remainers – or, in Mason’s case, Abstainers – this has become the overriding narrative: that Brexit is the establishment.

It’s also utter balls. Let’s run through the list of those who back Remain: there’s the prime minister; all the major political parties; every major world leader; the IMF; the Bank of England… Oh and, after this morning, we can add to that the entire British capitalist class. In a letter in The Times, 1,700 of the UK’s leading business leaders back Remain, and prominent among them are the CEOs of JP Morgan, HSBC and Goldman Sachs. You know, those fatcat bankers we hear so much about.

It doesn’t get much more establishment than that. And yet for all the Remain camp carping about the ‘post-fact politics’ of the Leave side, metropolitan lefties, those most passionate about staying in the EU, have long departed from reality on the question of who is establishment. After all, the Guardian, the in-house paper of the Hampstead set that formally backed Remain this week, still likes to pose as the radical voice of the people. This is despite the fact that the people don’t read it, nor care much what it thinks about anything.

In the final few weeks of the referendum, the chasm between these pro-prole posers and the actual working class has been stark. Not only do a majority of skilled and unskilled workers want Out, but left-wing Remainers seem incapable of making their case without appealing to the opinions of experts, technocrats and the mega rich. The front page of yesterday’s Guardian carried both its plea for a Remain vote, in the name of a ‘free people in a peaceful Europe’, and a headline bearing business magnate George Soros’s warning that Brexit would bring on economic oblivion.

Left-wing Remainers’ recourse to cheap, Project Fear tactics speaks to a fundamental prejudice: they think the masses are so irrational that they must either be encouraged to defer to the wisdom of the experts or, better still, spooked into making the right decision. Even their more leftish pro-EU appeals to workers’ rights reveal their paralysing fear of the public taking politics into their own hands: according to them, workers’ rights must be protected by the Brussels elite because thicko Brits will just give them away by voting Tory at the ballot box.

Forget the fact that this alleged ‘bonfire of workers’ rights’, which we’re told will be lit by a Brexit, has no basis in reality. Forget the fact that we are talking about voting to leave, not voting for Vote Leave. None of it matters. Liberal Remainers are simply so petrified of putting the demos back into democracy that defending the stagnant, anti-democratic and, as it happens, anti-worker EU has become their supreme priority. And if that means lining up with David Cameron, Christine Lagarde and all the other ‘neoliberals’ they usually rage against in the comment pages, then so be it. Even Owen Jones, author of The Establishment, is now campaigning for the establishment.

When the liberal elite isn’t scaring the working class, it’s smearing them. Beneath every broadside against the ‘xenophobic’ Leave camp is a barely veiled dig at us oiks. The language has been astounding. Polly Toynbee, channeling Katie Hopkins, has accused the Leave campaign of ‘lifting stones’ – revealing, presumably, the cockroach-like wretches below. Nick Cohen, with shades of ‘Rivers of Blood’, said ‘the sewers have burst’. For all the talk of Brexiteer bigotry, no dodgy UKIP poster or speculation about Obama’s heritage compares to the abject disgust left-wing Remainers bear for working-class Leavers.

In their calmer moments, leftish Remainers try to put words in people’s mouths. They weep for workers languishing on zero-hours contracts, brutalised by Tory austerity and left uncertain, fearful, and liable to be exploited by demagogues and racists. ‘We hear your pain, but this is not the answer’, they say. But this patronising ventriloquism act only underlines their prejudices. The idea that the British working classes want to retake democratic control, that they are motored by something bigger than bigotry, ignorance or fear, just doesn’t compute.

Brexit isn’t a vote for the establishment. Not least because the entire world’s establishment is currently screeching at us to vote Remain, or else. But this doesn’t mean that the official Leave camp is therefore salt-of-the-earth. Of course it isn’t. The reason that a selection of eccentric right-wingers, Tory Party opportunists and former rugby-club chairmen have come to lead the democratic Brexit fightback is precisely because the left has abandoned the field. In an age when the left has given up on democracy, when it is not only detached from the working class but disgusted by it, Boris Johnson can pose as a man of the people.

Whatever way the vote goes tomorrow, one thing will be certain: these leftish Remainers can no longer claim to be anti-establishment. They are the establishment.