Bureaucracy is sucking the life out of teaching 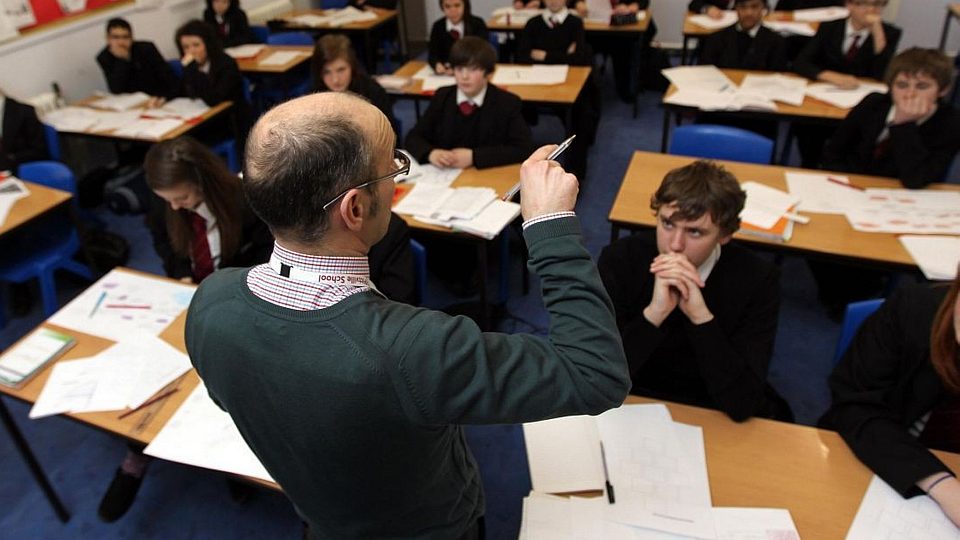 In William Faulkner’s short story The Tall Men, a local marshall and a young litigious county official visit a rural family to arrest two brothers for failing to register for the draft. They find that the brothers’ father has had a life-threatening accident. When the older marshall explains to the father that the most sensible thing would be for his sons to join the army in Memphis, the younger official indignantly insists that the warrant be served, and the boys be prosecuted for not completing the requisite paperwork on time. The older marshall intercedes on behalf of the family:

’You mean all right. You just went and got yourself all fogged up with rules and regulations. That’s our trouble. We done invented ourselves so many alphabets and rules and recipes that we can’t see anything else; if what we see can’t be fitted to an alphabet or a rule, we are lost. We have come to be like critters doctor folks might have created in laboratories, that have learned how to slip off their bones and guts and still live, still be kept alive indefinite and forever maybe even without even knowing the bones and the guts are gone.’

Teaching is in danger of going the same way.

Last year, for instance, there was a raft of apocryphal headlines about teacher workload and burnout. A survey by the Educational Institute for Scotland (EIS) concluded that wellbeing and satisfaction within teaching were at an all-time low and stress levels were alarmingly high due to a proliferation of ‘pointless paperwork’. Teaching appears to be at the point of collapse, but ask any teacher what wears them down and you’ll rarely hear that it’s due to the cut and thrust of the classroom. No, it’s the near-endless stream of data entry, form-filling, standardisation and ever-shifting curriculum and assessment criteria that is grinding teachers down.

A central problem is the conflation of bureaucracy with professionalism. This was illustrated some years ago when I visited an ‘outstanding’ academy. It had implemented a standardised four-part lesson format. All teachers were expected to deliver the same format every lesson and provide weekly lesson plans to leadership, who then went on ‘learning walks’ to ensure teachers were moving from part A to part B of the lesson at the right time. When I suggested that this approach might be creating a culture of monotony and covert intimidation, I was told, ‘well you can’t argue with the results, can you?’.

The implicit message in the endless monitoring and micromanagement of teachers is that they are not to be trusted. At its worst, bureaucracy valorises methodology over autonomy and gives the false impression of impartiality where instead there is systemic prejudice. The bureaucrat’s axioms of ‘process’ and ‘procedure’ create an ultramontane system unable to appropriate the concerns of the individual teachers into its orthodoxy. This dysfunction affects students, too. Those achieving lower grades, for example, are not viewed as individuals with complex sets of problems, but rather as aberrations within a system that demands ‘intervention’ to re-establish uniformity and straight edges.

One of the more surprising aspects of increased bureaucracy in education is that it arises at a time when education is shifting from centralisation and state control towards free-market solutions. For David Graeber, this has led to a paradox he calls the ‘iron law of liberalism’, which states that ‘any market reform, any government initiative intended to reduce red tape and promote market forces, will have the ultimate effect of increasing the total number of regulations, the total amount of paperwork, and the total number of bureaucrats the government employs’. (Ironically, one of UK education secretary Nicky Morgan’s solutions to excessive workload in the form of needless paperwork and form-filling is yet more needless paperwork and form-filling – through the promise of a series of ‘large scale, robust’ surveys in 2016.) With the emergence of Big Data, bureaucracy has entered hyperdrive. The weight of key data points such as GCSE English and Maths scores at Key Stage 4 are out of all proportion with their integrity as valid measures of progress. They are used as a stick to beat headteachers and staff in the name of ‘improving standards’.

Another unintended consequence of bureaucracy is that it allows poor teachers to fly under the radar. Instead of acting as a bulwark against incompetence, bureaucracy often serves to protect and even perpetuate it. A teacher who has poor relationships with his or her pupils, and doesn’t have sufficient subject knowledge, for example, can be less likely to be held to account than a teacher who is unable to ‘evidence’ progress through a portfolio of lesson plans, objectives and whatever marking policy is in vogue at the time.

Something has gone terribly wrong when teachers are spending more time on facile data entry and documenting nebulous ‘evidence of progress’ than on deepening their subject knowledge and building strong relationships with their pupils. By foisting the impersonal machinery of bureaucratic infallibility on to the uncertain, relational domain of the classroom, we have created a heightened sense of anxiety and unease in the classroom.

But this anxious culture in schools is unnecessary. It comes largely from the fact that teachers today are over-monitored and under-mentored. They are swimming against a constant tide of meaningless administrative toil and are too often held accountable for the unaccountable, with all the paperwork that entails. To counter a schools culture in which we have lost sight of the value of knowledge, and that audits itself in terms of league tables and specious data, we need a serious re-evaluation of what education is for, and what it is we want our teachers to spend their time doing.