It’s folly to view Camus' great novel through the lens of post-colonial theory. 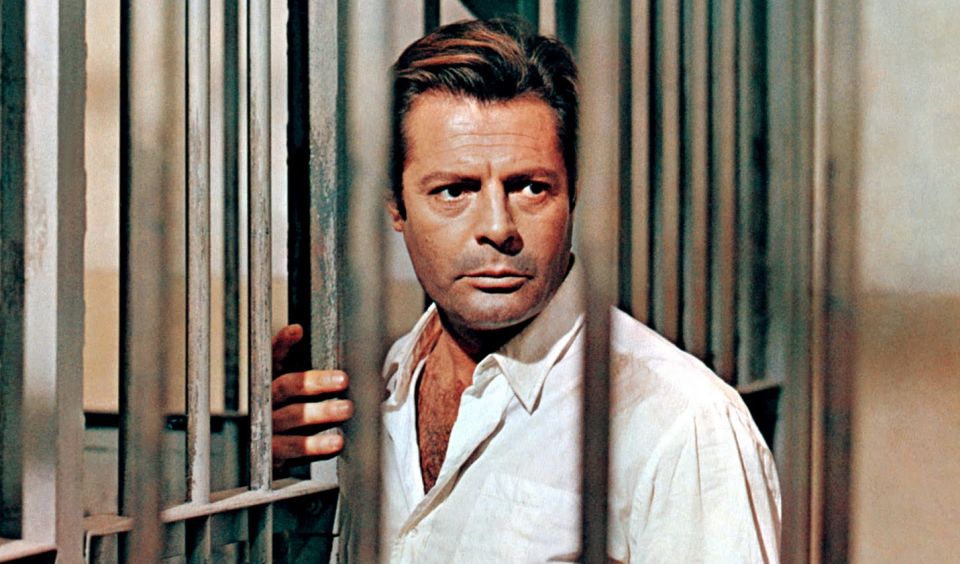 In 1942 Albert Camus published what proved to be one of the greatest existential novels of the twentieth century. L’Étranger narrates the life of an aimless, apathetic young man, Meursault, in French-colonial Algeria. It’s remembered for two famous passages. The first is its opening: ‘Mother died today. Or maybe yesterday, I don’t know.’ The other comes halfway through, when blinded and bewildered by the sea and the sand on a beach, Meursault shoots dead an unnamed stranger. The passage inspired a song by the arch-miserabilists of the late-twentieth century, the Cure, provocatively entitled ‘Killing an Arab’.

But why does the Arab have no name? And doesn’t this book by Camus bask in imperialism and racism? This is the implicit charge made in an award-winning novel published in English last month. The Meursault Investigation, by the Algerian writer Kamel Daoud, re-imagines the story from the perspective of the dead Arab’s brother.

The Meursault Investigation is a critique of French colonialism and the silencing and ‘othering’ implicit in L’Étranger: ‘The second most important character in the book… has no name, no face, no words. Does that make any sense to you, educated man that you are? The story’s absurd! It’s a blatant lie.’ The Meursault Investigation is also an assault on the legend surrounding L’Étranger that has grown since its publication. We, as readers, are drawn into feeling sorry for this detached, emotionally vacant, overgrown teenager, rather than for the slain Arab, who loses ‘his name, plus his life, plus his own corpse, all in a single day’.

The Meursault Investigation is a wonderful, iconoclastic read, full of invective and righteous fury. It becomes ever-more nuanced and knotty as it proceeds, but I think its essential premise – that Camus wrote a racist novel – is misleading. The silence of Arabs throughout Camus’ novel is troubling, but I fear that Daoud has drunk too deeply from the post-colonial school of criticism. Because, you know, not every story set outside Europe is about race and ‘the Other’.

Meursault shot the Arab dead by mistake. That’s the grim heart of the matter. ‘All I could feel were the cymbals the sun was clashing against my forehead’, runs the original passage. ‘The sea swept ashore a great breath of fire. The sky seemed to be splitting from end to end and raining down sheets of flame. My whole being went tense and I tightened my grip on the gun. The trigger gave.’

That the Arab is unnamed is not incidental; it’s the entire point. Meursault’s bleak world is one bereft of meaning, motivation or morals, in which anyone can be shot dead for no reason. Meursault’s victim was meant to be anyone. To give him a name would be to introduce agency, empathy and humanity into the narrative.

Jean-Paul Sartre noted that Meursault’s explanation for his crime was an exercise in ‘the philosophy of the absurd’. The essence of L’Étranger is that it’s not realistic; indeed, it is a stark rejection of reality. As Camus indicates in the denouement, Meursault is a classic psychopath – that is, a man without the capacity for empathy. Did he regret his actions, asks a magistrate. ‘I thought it over and said that, rather than true regret, I felt a kind of annoyance.’

Here in Kent, local services are said to have reached ‘breaking point’, as the number of asylum-seeking children has almost doubled from 368 in March to 629 at the end of last week. According to the Daily Telegraph, approximately 50 children have been placed in foster homes in neighbouring counties after Kent ran out of available beds. Asylum seekers are being sent by taxi, often at fares of £150, to temporary accommodation in London, some 70 miles away.

Paul Carter, the leader of Kent County Council, warned that Kent already had a £5.5million budget shortfall in care costs thanks to the ‘massive logistical exercise’ of looking after the new arrivals.

It’s not difficult to see why UKIP garners support in these parts. Go and visit a Wetherspoon’s pub in Folkestone or Dover – as I do regularly – and talk to people about their concerns on immigration, and what you hear is not frothing racism, but prosaic yet pained frustration about school places, housing and hospital beds. Race is not a massive issue (Poles and Latvians, for instance, have become visibly and audibly more integrated here in recent years), but numbers are.

Open-borders types say that the answer is simply to build more houses and so on. But this takes time, money, planning and forethought (does Generation Rent really imagine that new housing is going to be magicked-up on the Green Belt by tomorrow morning?). On the other hand, people can come and go overnight. Short-term thinking never benefited anyone, as Kent County Council will tell you.

Contrary to the stereotype beloved of the metropolitan elite, ordinary Kent folk don’t want to ‘shut the door’ on immigrants; they just want the door left ajar, to be open and closed depending on circumstances.

In the Calais ‘jungle’, the human spirit persists

When you build towns and cities with an unexpected mushrooming of population, what you get are shantytowns. This is what’s been happening in the Calais ‘jungle’, a settlement whose population has grown from 1,300 in September to an estimated 5,000 today.

But you’ve got to admire the signs of progress amid the tents, tarpaulins, rubbish, food banks, violence, alcohol abuse and inter-ethnic antagonism between Afghans, Sudanese, Syrians and Eritreans. A church and a mosque made of wooden stakes and plastic sheeting have been built, along with a cafe, while a large shed has a bank of plug points for migrants to charge their mobile phones.

No one has faulted the ambition and determination of these migrants either fleeing dreadful lives or seeking better ones.

Yet among all this depressing hideousness, these emergent signs of civilisation are evidence of the tenacity of the human spirit.