The doping hysteria is destroying sport

Calm down – athletics is not in the grip of a moral malaise. 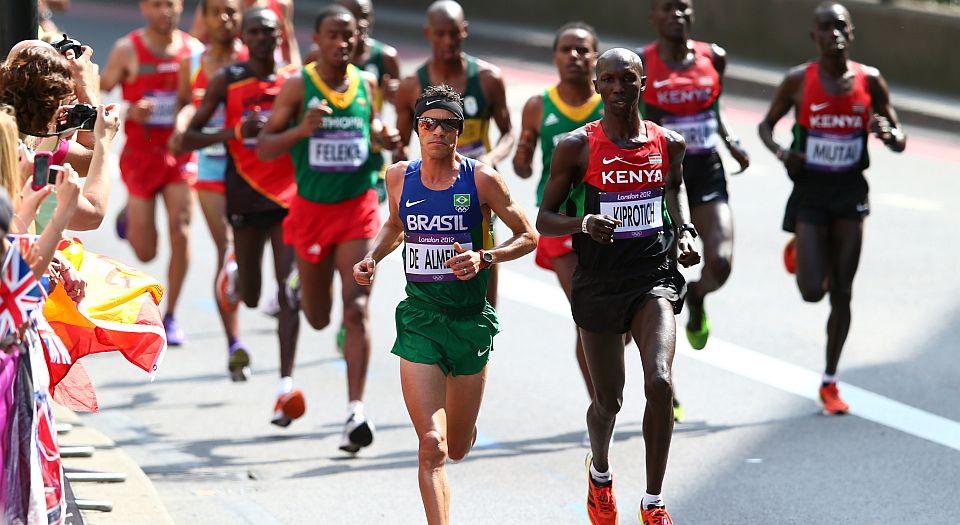 The handwringer has tended to greet The Sunday Times/ARD revelations that 800 of 5,000 athletes recorded ‘suspicious’ blood-test results between 2001 and 2012 with a cry of horror, and a vow to act. See, for example, Lord Moynihan, the former head of the British Olympic Association, who wants British athletes caught doping locked up.

Then there’s the other reaction from the weary, seen-it-all-before types, who knew these sponsored-to-the-eyeballs superstars were probably all on something anyway. Cue a sports columnist’s sigh: ‘Not that there was ever much doubt [about athletes’ doping]. Dismay but not surprise will greet the revelation of the apparent cover-up of widespread cheating among medal-winning track athletes in recent years.’ (This cynicism may even spill into what looks like permissiveness, a belief that the impossibility of ‘cleaning up’ sport means we might as well allow it to remain in the steroidal, blood-thickening mire.)

But the difference is superficial. Both moral outrage and cynical acceptance derive from the same source: a sense that athletics, and modern sport in general, is somehow fallen, tawdry, corrupt. It doesn’t matter whether one reacts with resistance or resignation – the shared assumption is that something’s rotten in the state of sport. Both sides even share prejudices: there’s too much money; there are too many sponsors to keep happy; there’s too much pressure to succeed. It’s a ‘dark world’, says a cynic; ‘athletics must fight for its integrity’, replies a handwringer.

So, while there is difference in the reaction, there is consensus on what is a rather hysterical narrative: sport, awash with money and a succeed-at-any-cost ethos, is in a morally wretched state. Hence the language when discussing doping in sport is so replete in near-religious metaphor. Athletes who don’t dope are ‘clean’, and ‘embody’ the ‘spirit of sport’; those who dope are a source of ‘corruption’, and ‘tarnish the spirit of sport’. It’s Garden of Eden stuff. Sport here is not merely sport, not merely a physical, competitive spectacle, operating according to its own intrinsic rules; it’s also conjured up as a moral spectacle, a source of moral instruction, operating according to extrinsic moral rules. Doping is the worm in the apple. It is ruining the moral spectacle, violating the ethos of sport, dirtying what was once clean. Thanks to the latest set of revelations, states The Times, ‘generations of young people who look up to sporting idols as models of integrity have been orphaned’.

It’s worth pointing out that the leaked blood-test data from the International Association of Athletics Federations (IAAF), revealed by The Sunday Times, does not actually prove that any athlete has doped – let alone if generations of young people have been orphaned. When Robin Parisotto and Michael Ashenden, the two scientists hired to analyse the results, conclude that ‘more than a third of medals, including 55 golds, awarded in endurance events at the Olympics and World Championships [between 2001 and 2012] had been won by athletes who had recorded suspicious tests’, all they are saying is that individual athletes’ blood-test data showed unusual variations. As Michelle Verokken, former director of ethics and anti-doping at UK Sport, puts it: ‘The science is not black and white. If you train at altitude it is known that can have an impact. If you have given blood or had a transfusion, if you are in a dehydrated state, these might impact on your blood value.’

Not that it really matters whether all, some or none of the athletes with suspicious blood-test results have actually been doping. The cynics will continue to suspect evil everywhere, and the handwringers will continue to try to fight evil everywhere. That both Lord Coe, who has long been a prominent handwringer committed to preserving the ‘moral fabric of sport’, and Sergey Bubka, who has promised a ‘zero tolerance’ approach to doping, are fighting it out to become the next IAAF president, on the basis of their anti-doping credentials, shows how entrenched the narrative of sport’s corruption has become.

But what is an assumption should really be a question. Has sport really been corrupted from without by its professionalisation and commercialisation, and their consequence: a desire to succeed at any cost? In short, is doping, is taking performance-enhancing drugs, really antithetical to the spirit of sport?

Well, no, not really. In fact, there’s everything to suggest that doping is very much of the essence of sport. After all, what is doping? It is a term arbitrarily and pejoratively applied to the use of certain drugs (caffeine in the past, EPO today) or techniques (eg, blood transfusions) to improve one’s capacity to prepare for competition. It is, in short, a means to train better, to maximise one’s physiological potential. In this, doping is not qualitatively different to sophisticated dietary regimes or high-altitude training. They are all means to realise an individual’s physical potential, and, as dietary knowledge improves, as training knowledge improves, as pharmaceutical knowledge improves, so an individual’s potential is ever-more realised.

Doping is not, then, opposed to the spirit of sport; rather, it is part of that desire to do everything in one’s physical powers to compete, to be the best, to run fastest and jump furthest. There is nothing foreign to the sporting spirit about doping; it is at one with it. As Harold Connelly, the 1956 Olympics hammer thrower, told the US Senate Committee in 1973: ‘The overwhelming majority of athletes I know would do anything, and take anything, short of killing themselves, to improve performance.’

Speaking to spiked in 2013, Julian Savulescu, a professor of practical ethics at Oxford University, also noted that doping was a product of the competitive spirit: ‘Human beings always want to improve, they always want to make themselves better. Ever since the first Olympics in Ancient Greece, people have used drugs. Today, professional sport is so demanding that the injuries that people suffer and the level of training that is required demand that you’re able to augment the human body and the repair mechanisms. That is the spirit of sport – to train harder, to try harder.’

There is a positive, even moral case for permitting doping, indeed for dropping the concept altogether, and viewing the administering of chemical supplements as a mere aspect of an athlete’s training regime. That is, the willingness to dope is born not of corruption, but of a desire to excel physically, to push oneself to one’s physical limits. To dope is to strive. Yes, it’s breaking the rules as they stand, but that means we should change the rules.

So, ignore the hype. Modern sport isn’t going to the dogs. Nor is it in the grip of a corrupting, chemically enhanced malaise. Rather, it is, as it always has been, a site of physical accomplishment, a spectacle as dramatic and compelling as ever. That too many of us are inclined to think otherwise, to rage hysterically or to give in cynically, is down to those seeing moral corruption where there is only a desire to win.