The Calais migrants and the moral bankruptcy of PC

Why some people are angrier about Cameron's words than his actions. 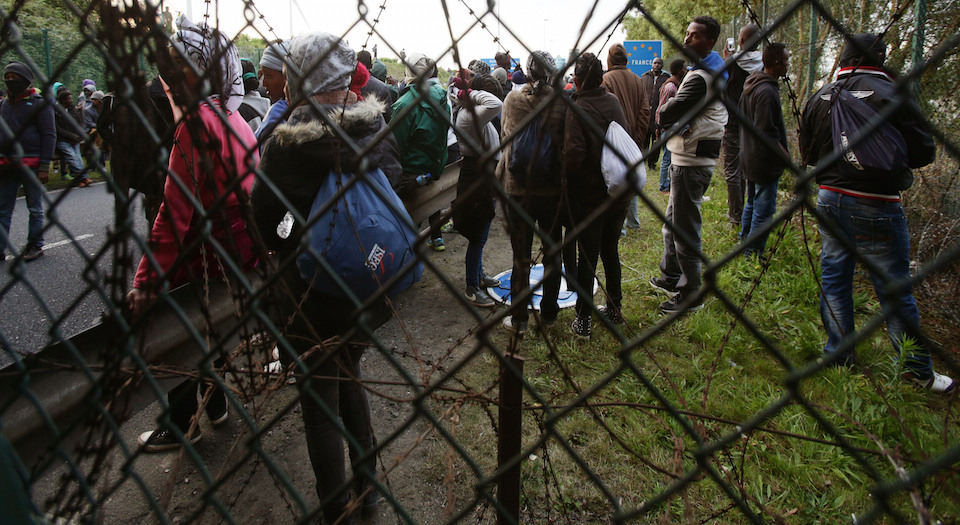 What’s worse: treating people like animals or referring to them in animal-like language? Most normal people would say the former. Actions speak louder than words, after all. To treat someone as less than human – by denying them their rights, caging them, beating them – has a direct detrimental impact on their individual autonomy and everyday lives. In contrast, comparing someone to an animal, through your choice of words, is just unpleasant; it doesn’t physically hold that individual back. Sticks and stones can seriously impede our ability to live freely; words can only make us feel bad (if we let them).

Yet in the morally inverted world of political correctness, where speaking in the clipped morals of the new clerisy is the key and hollow duty of every citizen, words are more important than behaviour. You’re judged on how you express yourself, not on what you believe, or what you do. Take Swarmgate, the media fury over British PM David Cameron’s use of the word ‘swarm’ to refer to those few thousand migrants in Calais who long to come to Britain. When Cameron was talking about sending soldiers and barbed wire and dogs to keep these aspirant Brits out of Britain, the self-styled guardians of public decency – the Twitterati, liberal editorialists, Labourites – said little, except perhaps that he should do it more quickly. Yet as soon as he referred to the migrants as a ‘swarm of people’, these Good People became pained: they banged their fists on tables, spilt their tea, went on the telly.

Ladies and gentlemen, behold the inhumanity of political correctness, which bats not one eyelid when 5,000 human beings are reduced to the level of animals, yet which becomes wide-eyed with anger when their animal-like status is mentioned in polite society. ‘Treat them like shit, just don’t use shitty language while you do it’ – that’s the glorious motto of the PC.

Right now, nothing better captures PC’s Kafkaesque levels of dishonesty and censorious linguistic trickery than Swarmgate. This controversy has exposed that many influential people now mistake politeness for morality, linguistic temperance for decency. So it was that Harriet Harman, acting leader of the Labour Party, could go on TV and rail against Cameron for using that s-word and then in her very next breath call on him to do more to prevent these migrants from getting to Britain. ‘He should remember he’s talking about people and not insects’, she said. Then, in mere seconds, without embarrassment, she talked about the ‘nightmare’ of having all these noisy migrants at the English Channel and said Cameron should put pressure on the French to assess ‘these people’ to see which ones ‘should be deported’. Sent back to where they came from, which in some cases is Afghanistan and Iraq: nations Harman’s party helped to destroy.

So, get this: the woman in charge of a party whose disastrous interventions caused huge refugee crises grimaces when some of the people from those countries turn up on our doorstep, and wonders how speedily they might be deported, yet thinks she can win moral brownie points for telling off Cameron for using a particular word. The tragic thing is: she’s right. Leader-writers and Twitter patted her on the back, congratulating her for speaking correctly. Her beliefs, in war and deportation, might be repulsive; her actions, when in government, may have been inhuman; but she speaks properly, she knows the elite-okayed lingo, and therefore she is good.

Almost all members of the right-on swarm who were angered by Cameron’s words also called on him to do more, or be more effective, in tackling the ‘migrant crisis’. The Bishop of Dover said the PM must ‘soften’ his rhetoric. But he must also ‘deal with the issue’, said the bishop – ‘the issue’ being the man of the cloth’s preferred dehumanising term for the migrants in Calais – but ideally in a ‘non-hostile way’. In short, fix this problem, but with nice words. A Guardian editorial said Cameron is ‘probably right’ about the migrant situation, and said that in a perfect world his proposed barbed-wire fences for Calais would be ‘quickly erected’ in order to ‘[calm] the reckless disorder near the ports’; then these people could be ‘properly processed’ and some of them ‘returned humanely to their countries of origin’. Then the editorial slammed Cameron for his ‘insulting’ use of the word swarm. So the Guardian thinks it’s cool to refer to the migrants as reckless and a ‘threat’ and to propose fencing them into their squalid camps in Calais before we deport some of them back to Africa, but thinks we shouldn’t call them a ‘swarm’. The moral bankruptcy of such a position is astonishing: it’s like seeing a gang of people beating someone up and being most outraged that one of the gang uttered a swearword as his fists flew. ‘I say, would you mind not using such language in public?’

Swarmgate shows that PC represents, in essence, the institutionalisation of dishonesty, of deception, where people are given carte blanche to behave in an immoral way – ‘erect those fences, release the dogs, deport those people’ – but are encouraged to make it all seem nice and ‘non-hostile’. It brings to mind Wilde’s observation in his essay ‘The Soul of Man Under Socialism’, that ‘the worst slave-owners were those who were kind to their slaves, and so prevented the horror of the system being realised by those who suffered from it, and understood by those who contemplated it’. So today, the worst people in politics are those who are nice about the individuals they repress, whether it’s British politicians whose policies keep migrants in degrading limbo in Calais yet who insist everybody use nice words when talking about those migrants, or American army officials who kill Afghans yet demand that their soldiers write only PC, gay-friendly messages on the bombs that do the killing (as, remarkably, happened during the Afghan War).

Some apologists for PC describe it as simply ‘being nice’: ‘institutionalised politeness’. There’s nothing remotely nice about PC. It is the friendly slave-owner; it suppresses open, honest discussion; it obfuscates the divisions and tensions in modern society through stymying the expression of certain ideas; it is the ornate lid on a society which, however civil we make our speech, remains fractured, sometimes tense, packed with clashing interests that will never be resolved by niceness. Whether PC is being used as a glossy cover for brutal policies, as in the case of Calais, or is being used to justify anew old racial and gender divisions, as it does when it demands that we recognise and celebrate the alleged differences between blacks and whites and between men (competitive) and women (consensual), PC is a tool of censorship and conservatism, its chief accomplishment being the repression of difficult words and ideas in the name of pacifying public life.

This instinct to pacify can be clearly seen in Swarmgate, too. A key reason Cameron’s s-word made observers boil is because they think it will inspire us – the stupid, volatile plebs – to attack migrants. Harman said Cameron risked ‘whip[ping] people up’. Labour leadership hopeful Andy Burnham said Cameron had blown a ‘dog whistle’ – a slippery, and of course PC, phrase that implies the public are dogs, pushed towards fury by high-pitched political screeches. The Refugee Council said Cameron’s choice of language was ‘extremely inflammatory’ and could stir up anti-migrant hatred. These people really fear us, whom they view as a blob easily incited to spite and violence by one word in a TV interview. So PC disguises reality, punishes testy debate, encourages political deception, and distrusts the public. Niceness? Please. To paraphrase Wilde, PC prevents the horrors of our era, and its divisions, from being realised, and it doesn’t trust the public to understand or contemplate, far less talk about, these horrors.