The anti-FGM campaign is harming the very women it claims to help. 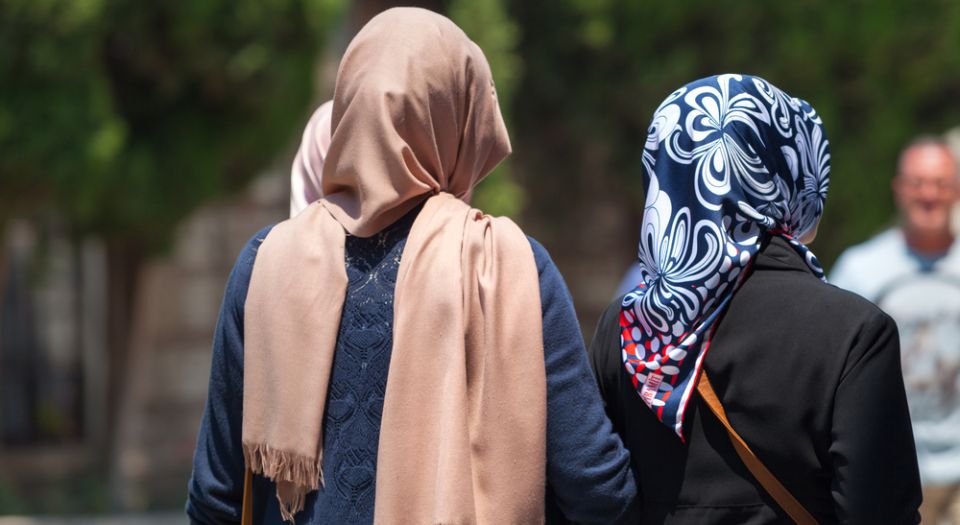 Intense efforts have been made over the past few years to raise public awareness about Female Genital Mutilation (FGM). But how are African immigrants in the UK, who have been the target of these initiatives, reacting to the official campaigns? What do the community workers and professionals in close contact with these communities think? I decided to investigate. And I discovered that, in many ways, these initiatives that are aimed at protecting and supporting migrant women are having the opposite effect. Due to the sensitive nature of the topic, the individuals with whom I talked are not identified.

The ‘facts’ of the matter

In the face of such shocking statistics, anti-FGM crusaders have insisted that we all be on the lookout for potential or actual victims. This practice, as we’re so often told, thrives on secrecy, and it will take a concerted effort to bring offenders to justice. But, as I found out, this approach has only succeeded at breeding fear and suspicion.

Among the women and community workers I spoke to, there is a feeling that immigrant communities’ adaptation to modern British life is not being reflected in the work and arguments of anti-FGM campaigns. What’s more, young people reared in Britain differ from their parents in that they are better integrated and more likely to reject traditional practices. However, some older people do worry that, under the weight of such official condemnation, some girls may defiantly choose to be cut – for reasons similar to teenagers wanting to join the Islamic State.

Nevertheless, FGM is increasingly rare, as immigrants have assimilated into British culture. While the two worlds can collide when people who grew up in countries like Somalia come to Britain as adults, families and communities are working through these problems. One issue is that many still believe that FGM is required by Islam. However, local imams have, in many places, taken it upon themselves to challenge this idea.

All of the people I spoke to know that FGM is illegal in the UK, and no one I spoke to knew of it currently taking place anywhere in the country. While one woman said she had been cut in a flat in Woolwich by a Yemeni doctor as a young girl, the rest of the women who had undergone FGM were cut in their country of origin. All of this suggests that FGM is not being carried out in Britain on anywhere near the scale anti-FGM campaigners allege. In Wales, where there’s a large Somalian community, the NHS African Women’s Clinic, set up to cater to pregnant women who had undergone FGM, was closed in 1995 due to lack of need.

What’s more, the women I spoke to told me that the drive to raise awareness has obscured the fact that FGM is beginning to disappear in their native countries as well. In Somalia, one woman told me, it has been dying out for some time. It rarely ever happens in urban areas; but people living in rural areas are much more likely to continue cutting. In addition to this, the types of FGM common in particular countries are widely misreported. In Eritrea, for example, campaigners claim that the most severe form of FGM, infibulation, is rife. However, only two of the nine ethnic groups in Eritrea have traditionally carried it out. During my time as a nurse and midwife in Ethiopia in the Seventies, it was clear that FGM in general was not universally performed even then.

Visitors returning to their home countries for holidays say they no longer encounter pressure to have their British-born daughters cut. Nor do they feel obliged to appease relatives by lying and saying their daughters have already been cut. As such, they take issue with the claim made by the authorities that girls are being taken abroad during the school holidays – the so-called cutting season – to have FGM carried out. What’s more, they are deeply perturbed by the treatment they receive from the UK Border Agency when they attempt to go abroad with their children.

Many of the women I spoke to are horrified at the explicit nature of some of the campaign materials, videos and visuals offered by anti-FGM activists. The way in which they bandy around words like fanny, vagina and clitoris puts off, they say, more traditional people, the people who really need to be brought on-side. They consider it inappropriate and insensitive. Somalian people, for example, do not discuss genitalia in public – it’s considered rude. And teenage boys of Somalian descent are also reported to be embarrassed by the in-your-face nature of the materials they’re being subjected to in schools, such as the Channel 4 documentary The Cruel Cut. The shock-value tactics of the anti-FGM campaign seem to be pushing away those it seeks to help.

Across the board, the way in which FGM is being tackled is spreading stigma. Some immigrant communities now believe that NHS African Women’s Clinics have become inextricably linked, in the public’s mind, to FGM. This association, they say, is wrongly implying that FGM only impacts on women of African descent. What’s more, as a result of the public discussion of ‘mutilation’, some women have begun to fear that their genitals must look hideous and that their sexual partners may be disgusted by them – even though most of them have had the most minor forms of FGM.

But while the language of the anti-FGM campaign is driving some women away, other women have deeper concerns with regard to the NHS and the way in which it is being used to monitor them.

While some have concerns about the name of African Women’s Clinics, most immigrant women appreciate being able to have genital examinations carried out by experienced professionals who are sensitive to their needs. But now some officials are suggesting that African Women’s Clinics have worked too much in isolation from other services, and that staff have not made enough referrals to social services, specifically with regard to women with children affected by FGM.

Consequently, some midwives working in these clinics are being directed to see pregnant women with a child-protection adviser in tow. When patients are discussing their experiences of FGM, especially for the first time, sensitive management and care should be a priority. The presence of a child-protection adviser only breeds mistrust among people who are traditionally suspicious of these services. Meanwhile, the role of midwives is being compromised, as their ability to judge whether a referral to social care is needed is being overridden.

Patient identifiable data (PID) is now being collected in FGM clinics. Due to a ministerial directive, this confidential information is also being centralised through the Health and Social Care Information Centre (HSCIC). Although patients may be being informed that this is taking place, they certainly aren’t being asked to consent to their data being used in this way. Some rightfully asked me why they do not have the same rights to privacy as other patients. If an exemption has been granted, one has to wonder why this has not been explained to them. The lack of informed consent seems deeply unethical.

Under the Serious Crime Act (2015), healthcare professionals, teachers and social workers have a mandatory duty to report to the police any instances or even ‘suspicions’ of FGM having been carried out on those under the age of 18. This is further eroding the trust that needs to exist between doctors, teachers, social workers and the communities they claim to protect. What’s more, it is leading social workers and teachers to make FGM referrals unnecessarily. This is exactly what happened to one schoolgirl who, in visible discomfort, was referred by a teacher. When she was eventually examined, she was diagnosed with thread worms, which cause anal itching.

However, fearmongering about FGM persists nonetheless. In February, midwives and community workers were surprised to learn that an entirely new form of FGM was being performed when Janet Fyle, the Royal College of Midwives’ lead on FGM, told the government Home Affairs Committee that a type of FGM ‘never seen before’ was being inflicted. Communities, she said, were ‘vary[ing] how and what they do and when’ in order to stay ‘one step ahead’ of the authorities. Her claim made sensational headlines and, because it confirmed the fears and prejudices of policymakers, the claims went unchallenged. When I asked Fyle about this new technique, she admitted that she had never seen a case of it herself and that the only reported case amounted to ‘vaginal arch nicking’, which anyone who knows anything about FGM and why it is performed knows could not be considered a new form of the procedure.

In the face of such hysteria, it is worrying to think what intrusive scheme the government might introduce next. Following France’s example, Labour MP Diane Abbott has called for mandatory examinations of girls’ genitals in schools. Some people claim this is already taking place in Waltham Forest, an area of London that has a large African immigrant community. Many of the women I spoke to are rightly horrified at the prospect of such a gross invasion of privacy.

When I asked those I spoke to about what they think the government should be doing, their answer was clear: take the money currently invested in fearmongering campaigns and reinvest it in services that actually meet affected women’s needs. In addition to obvious physical problems, some women have psychological problems that originate from being cut. But there are insufficient psychological and psychiatric services available to them. Some also want reconstructive surgery, to reverse some of the damage caused to their genitals. (Women currently wanting to have reconstructive surgery have to travel abroad to France or Spain.) What’s more, they would like age-appropriate health services, as women’s needs change over time.

One can only hope someone listens to these women’s concerns. Because, at the moment, the divisive language and intrusive approach of the anti-FGM campaign is driving away the very women it claims to be helping.