Ten years after 7/7, they still don’t get it 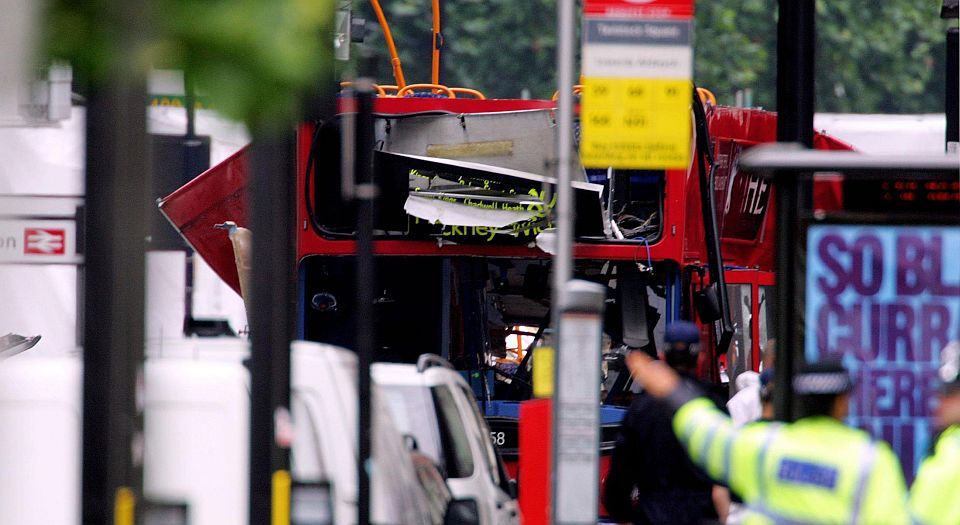 A decade after those terrorist bombs went off in London on 7 July 2005, officialdom is still struggling to understand the nature of the threat posed by radical jihadists. In the aftermath of the massacre of Western tourists in Tunisia, prime minister David Cameron said ‘the most important thing is confronting the poisonous ideology’ that was responsible for that outrage. This echoed what has been said time and again over the past decade: that the fight against terrorism is principally an ideological struggle, a battle of ideas.

Cameron’s comments on the enemy’s ‘poisonous ideology’ restated the assessment of UK security officials in the aftermath of 7/7. Back then, Sir David Omand, former UK security and intelligence coordinator, said the terrorists’ most effective weapon was their ‘ideology’. The most striking thing about this constant emphasis on the ideological influence of terrorism is that the meaning and content of this ideology are seldom spelled out.

Last month, Cameron made a half-hearted attempt to outline the content of the ‘poisonous ideology’ promoted by his foes. But he notably struggled to give this ideology any semblance of coherence. He said this ideology believes that the ‘West is bad and freedom is wrong’. Apparently it also promotes the idea that ‘women are inferior and homosexuality is evil’. Finally, argued Cameron, ‘it tells people that religious rule trumps the rule of law’ and that ‘Caliphate trumps nation state’.

It is hard to imagine how these various strands of disparate thought might mesh together to form a common ideology. With the exception of advocating a Caliphate, almost all the views outlined by Cameron are shared by many traditionalists in the West. Indeed, until relatively recently Cameron’s own Conservative Party regarded women as inferior and homosexuality as an evil. Until the late twentieth century, homosexuality was treated as either an illness or a crime in Britain and in other parts of the Western world. Yet such sentiments did not mutate into a poisonous ideology. It is hard to understand how this list of objectionable attitudes might succeed in persuading young people to travel to Syria to join Islamic State.

The penchant among Cameron and his colleagues for associating jihadism with anti-gay prejudice is a clumsy attempt to establish a clear faultline between two different ways of life. Just last week, the UK education secretary, Nicky Morgan, argued that homophobic views among children were an important marker for extremism among schoolchildren. What neither she nor anyone else could explain is why anti-gay prejudice should lead young men and women to travel to Syria and take up arms against the West. In many respects, dislike of gay people is the least distinctive feature of contemporary jihadist movements. Millions of peaceful and moderate people living in Asia, Africa, Latin America, and Europe and America, share this discomfort with aspects of gay lifestyles. So why this obsession among officials with the alleged ideological grip of modern terror movements?

A new kind of terrorist?

Official anxiety over the growing threat of homegrown extremism is markedly different to the way terrorism was conceptualised in the past. Terrorism is no longer understood as merely a physical threat. It is now seen as a disrupter of the ideas and communities of the West.

Terrorism was traditionally defined by its capacity to inflict terror. According to the classical definitions of terrorism, its aim was to terrorise, not to win hearts and minds. But today, it isn’t only the capacity of the terrorist to wreak mass destruction that worries society — terrorism is also increasingly endowed with a moral and ideological power, an ability to influence significant sections of our own domestic populations.

The influence of the terrorist over the minds of sections of the public gives this threat a sense of unparalleled danger. The model of the terrorist as an effective purveyor of ideas represents a significant departure from the way the terrorist threat was perceived in the past. Indeed, the idea that a terrorist can appeal to people’s hearts and minds, rather than merely scaring the public, is fundamentally inconsistent with traditional definitions of the terror threat. Where the danger of terrorism was once interpreted through its ability to increase fear, now terrorism is treated as an effective ideological competitor.

Increasingly, a key part of the ‘war on terror’ is the battle for moral authority. Looking around us today, especially at the discussion about terrorism, is difficult to avoid the conclusion that the West’s political and cultural elites feel less than confident about conducting a successful campaign on the battlefield of ideas. Their concern about the powerful attraction of radical ideas to sections of Western populations often betrays a belief that they cannot convince others of the superiority of their own way of life.

Western analysts are intensely apprehensive about the outcome of the battle of ideas with terrorism. They appear at a loss to explain what they refer to as the ‘radicalisation process’. This confusion is always on full display when the media report that another young Western Muslim has opted to travel to Syria. The immediate response of policymakers and commentators is to ask the question, ‘Why?’. That question is usually a prelude to speculation and soul-searching. These reactions speak to a reluctance to acknowledge the fact that what drives many youngsters to the Middle East is not the lure of any powerful, attractive ideology but rather a rejection of, and a feeling of loathing for, British society.

A crisis of meaning

The redefinition of terrorism as an ideological competitor is linked to the decline in the self-belief of the West. Even before the events of 11 September 2001, never mind 7 July 2005, there was more than a hint of defensiveness about the ability of Western values to prevail over those of their hostile opponents. One conservative American observer gave voice to this sentiment, and concluded that ‘protecting Western culture from foreign assault requires domestic revival’. A decade before 9/11 he warned that ‘the 21st century could once again find Islam at the gates of Vienna, as immigrants or terrorists if not armies’. Today there is little evidence of a domestic revival. Indeed, Western governments are sensitive about their very limited capacity for inspiring their own publics. The problem of engaging the public and gaining its support is one of the most striking features of the post-9/11 political landscape.

The very fact that governments look upon relatively incoherent jihadist groups as a serious ideological challenge to the Western way of life highlights their own feeble sense of self-belief. Deliberations over homegrown terrorism tend to focus on the problem of ‘radicalisation’. In short, officials are overly concerned with the influence of external, global jihadist forces, rather than looking at what the adoption of jihadism by sections of the Western population might really represent – a rejection of the Western way of life. The current discussion distracts attention from the crisis of elite authority on the homefront.

There are signs that, in the decade since 7/7, some sections of the British establishment have woken up to the fact that what drives homegrown jihadism is the failure of society to clarify its values and way of life. The constant calls from Cameron and others to teach British values in schools represents an indirect recognition of the absence of such values from young people’s lives. But the values that inspire must be lived; they can’t be recycled through a shopping list of good intentions. Until there is a more courageous attempt to address this problem, tragedies like the London bombings of a decade ago will always be a possibility. The real threat is not the poisonous ideology of Islamic State, but Western society’s failure to live out and stand up for the principles of liberal democracy.