The pope and the greens: a not-so-unusual alliance

The celebration of the pope's eco-encyclical shows just how moralistic environmentalists are. 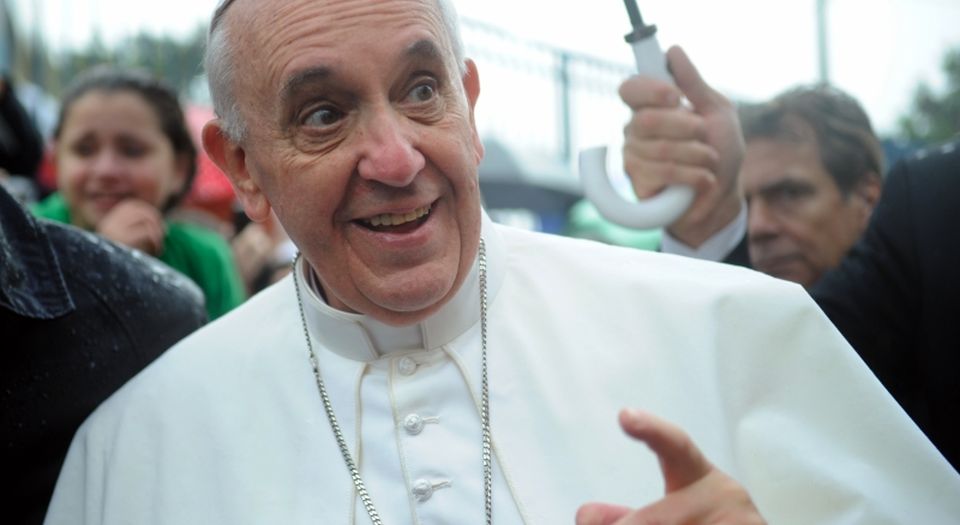 Earlier this week, the Italian news magazine L’Espresso published what it said was a draft of the pope’s much-anticipated encyclical on the environment, much to the annoyance of the Vatican, which said the document was authentic but not finalised. Nonetheless, we can be confident that the themes within this draft will be reflected in the final version, to be released tomorrow.

Environmentalists and officials pushing for some progress in the climate talks, which are supposed to result in a new global deal in Paris in December, are exultant at the language the encyclical employs. The Guardian enthusiastically published translated extracts, which declare that ‘humanity is called to take note of the need for changes in lifestyle and changes in methods of production and consumption to combat this warming, or at least the human causes that produce and accentuate it… Numerous scientific studies indicate that the greater part of the global warming in recent decades is due to the great concentration of greenhouse gases… given off above all because of human activity.’

The encyclical offers an odd fusion of Catholic mysticism and appeals to science. Hence, alongside the references to the reports of the UN Intergovernmental Panel on Climate Change (IPCC), it says that the Earth ‘is protesting for the wrong that we are doing to her, because of the irresponsible use and abuse of the goods that God has placed on her. We have grown up thinking that we were her owners and dominators, authorised to loot her. The violence that exists in the human heart, wounded by sin, is also manifest in the symptoms of illness that we see in the Earth, the water, the air and in living things.’

Admittedly, such a blend of science and mysticism is entirely in keeping with the green movement itself, which constantly demands that politicians bow down before The Science – as provided by satellite data, hugely complex computer models and reports written by the top experts in the field (supposedly) – but which also offers us the notion of Gaia, with the world as a self-balancing ecological system that, like the Catholic version of the Earth, takes the female pronoun.

Nonetheless, environmentalists’ newfound enthusiasm for papal encyclicals is a little strange. After all, the Catholic Church isn’t too keen on abortion or contraception, which seems at odds with the green movement’s Malthusian concerns about overpopulation. The Church’s old-school attitude to homosexuality, and particularly gay marriage, flies directly in the face of the liberal leanings of many greens. Yet environmentalists have been happy to talk up the importance of the pope’s intervention, hoping that a bit of religious pressure will twist the arms of the world’s leaders into overcoming their silly worries about the effect that limits on carbon emissions might have on economic growth.

The trouble is that the world’s leaders, in keeping with the peoples of their countries, are rather more concerned with overcoming poverty in the developing world and protecting jobs in the developed world than with the fate of Gaia. They are none too keen on placing severe limits on production and consumption, despite the overheated rhetoric about an overheating planet.

In this respect, the pope plays the role of an unquestionable super-authority who stands above the fray. Politicians can be portrayed as venal and self-serving; the pope is ‘moral’ and authoritative. Greens are like exasperated mothers having to deal with naughty schoolchildren. ‘Just wait till Il Papa comes home!’

In truth, the environmentalists and officials that run the IPCC and other governmental bodies concerned with climate change are no more keen on democracy than they are on economic growth. In their lofty positions, they demand the right – God-given, perhaps – to tell us what to do and how to live our lives in order to create the kind of world they desire. But there is nothing ‘moral’ about this. To deprive people of more comfortable lives, the kind of lives that rapid economic growth could provide, is thoroughly immoral.

In that light, the moralising alliance between greens and the Vatican, which seeks to keep the rest of us down and in our place, isn’t so peculiar after all.

Rob Lyons is science and technology director at the Institute of Ideas.