Operation Hydrant: an Inquisition for the 21st century

Police trawling for child-abuse cases is an affront to justice. 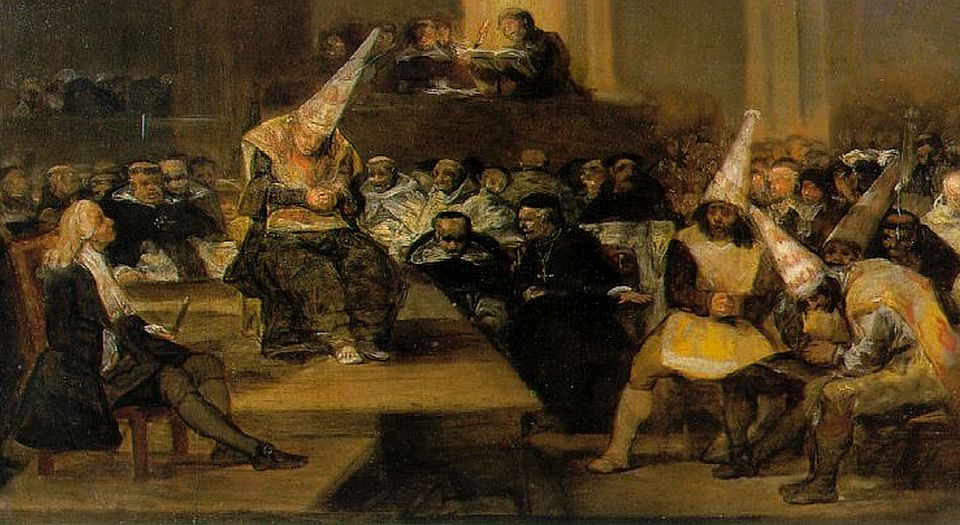 Since the Jimmy Savile scandal exploded into public consciousness in October 2012, the number of celebrities suspected of child abuse has grown almost exponentially. This is not surprising given officialdom’s obsession with unmasking celebrity paedophiles. Indeed, a dedicated national police team was assembled last summer, under the name Operation Hydrant, to investigate the link between child sex abuse and ‘prominent public figures’. Last week, Operation Hydrant officers revealed that they are investigating 1,400 suspects, including 261 high-profile figures. And that is just the beginning. Chief Constable Simon Bailey, the National Police Chiefs’ Council lead on child abuse, insisted that by the time Operation Hydrant gets into its stride, it will have ‘discovered’ hundreds of thousands of hitherto unknown victims of child sex abuse.

It seems that the number of reports of child sexual abuse is likely to continue increasing into the indefinite future. That’s because the Operation Hydrant style of policing – which relies on inviting the public to come forward and report child abusers – creates a constantly rising number of abuse allegations. As Bailey said, ‘what we are seeing is an absolutely unprecedented increase in the number of reports [being made]’. Moral crusaders linked to Operation Hydrant and the child-protection industry insist that the sheer scale of the accusations made against public figures and others shows that child abuse is becoming a pandemic. ‘The scale and scope of sexual abuse of children committed in the past can often seem overwhelming’, noted Gabrielle Shaw, the chief executive of the National Association for People Abused in Childhood.

It seems, then, that there is an expectation that more and more people will be investigated as potential child-abuse suspects. And little wonder. The imperative of an investigation like Operation Hydrant is actively to search for allegations. The traditional role of the police – to solve crimes brought to the police’s attention – has been transformed. This new inquisitorial form of policing is oriented towards the discovery of crimes not yet reported. So by regularly calling for people to come forth as victims of abuse, the police are indulging in a form of crime construction. Moreover, they have sought to inflate the number of victims by using the attention generated by the naming of particular celebrity suspects to appeal for more of their victims to come forward. Such publicity, therefore, encourages more and more denunciations of the suspect.

The dramatic reorientation of policing, from solving reported crimes to searching for ones that have not been reported, is rarely noted. Yet large trawling operations, such as Operation Hydrant, are an exercise in crime construction. It is likely, of course, that such operations may from time to time uncover genuine cases of horrific criminal behaviour. But they will do so at a very high cost to the system of justice.

Trawling for victims and searching for retrospective allegations represent a disturbing development in criminal justice. Instead of solving crime, trawling attempts to uncover a crime’s existence in order to reinforce and strengthen evidence against a particular target. A trawling operation is not a response to an allegation of abuse voluntarily made by an individual. It is an invitation to people to reinterpret their experience of the past as an experience of victimisation. And it is an invitation that is likely to encourage many to interpret past events through the prism of abuse.

A state-coordinated campaign designed to unmask the malevolent individuals threatening the moral order has a habit of getting out of hand. It also has a tendency to lead to injustice. The appeal to report suspects often creates a dynamic whereby institutions become devoured by suspicion and fear. During Stalin’s reign of terror in the 1930s, for instance, the call to ‘unmask the hidden enemy’ led to a flood of accusations. By 1937, the crusade against the secret enemies of the state had led family members and work colleagues to denounce one another. Like today’s trawling police force, the Soviet authorities relied on corroborative evidence to target the supposedly evil conspirators.

One of the defining characteristics of inquisitorial policing is that it depends on accusations made by third parties. This procedure was cultivated by the sixteenth-century Catholic Inquisition, whereby the denunciation of a heretic became the central feature of a trial. A simple denunciation was sometimes all it took to initiate proceedings, and the burden of proof fell upon the suspected heretic. The fear and loathing provoked by heresy meant that the courts could not be neutral in a dispute between accuser and the accused.

Today, the accuser is immediately cast into the role of victim and, at the very least, the accused is implicated in a web of ‘no smoke without fire’ proceedings. It may be an advance on the methods of the sixteenth-century Inquisition, but no doubt the old heresy-hunters would approve of the approach of their 21st-century heirs.

Inquisitorial policing lacks objectivity and neutrality. Inquisitors are far too involved in the construction of a criminal case to possess the measure of objectivity necessary to ensure due process. That is why the announcement that Operation Hydrant is investigating 1,400 suspects is so worrying. A civilised society needs justice, not a new Inquisition.

Frank Furedi is the author of Paranoid Parenting, published by Continuum. (Order this book from Amazon (UK).)