Who needs the Labour Party now?

It lost its ‘voice of organised labour’ long ago, and has found no other. 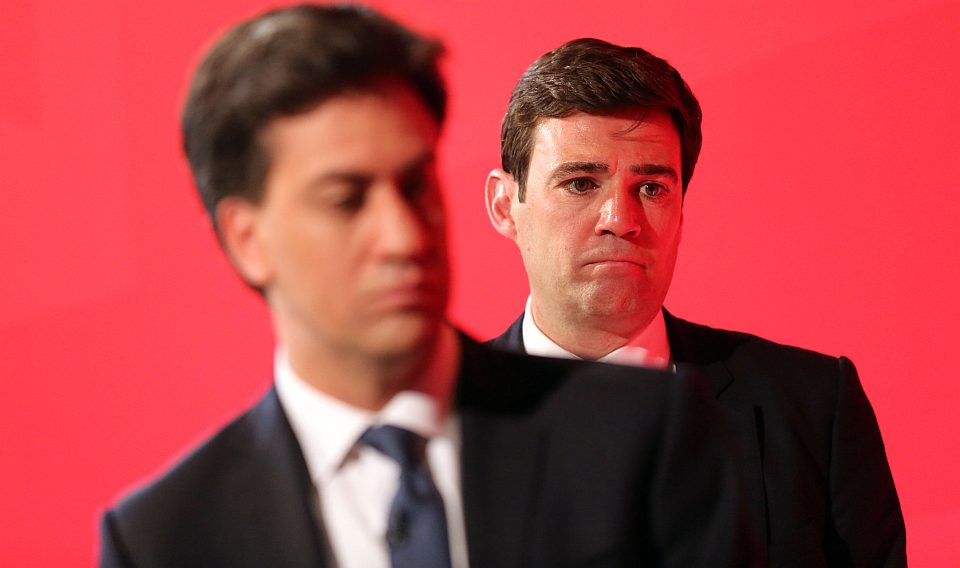 A ‘bully’ and a ‘blackmailer’ were just two of the more polite accusations aimed at Len McCluskey, leader of Britain’s biggest trade union, Unite, after he intervened in the Labour Party leadership contest this week. McCluskey warned Labour that ‘it is essential that the correct leader emerges’, and declared that the challenge facing the party is ‘to demonstrate that they are the voice of ordinary working people, that they are the voice of organised labour’. If Labour did not come up with the ‘correct leader’ to act as the mouthpiece for ‘the voice of organised labour’ – that is, union chiefs such as him – then Unite might have to reconsider its support for the party. Outrage ensued.

McCluskey may not be the sort of character with whom many of us would want to unite. But unlike most of those involved in the debate about Labour’s future, he was at least being honest. Not, of course, in the union baron’s transparently fraudulent attempt to equate his views with those of ‘ordinary working people’ – what The Times called a ‘notable act of ventriloquism’. Nor in his bizarre suggestion that, if it did as he said, Labour could climb ‘the mountain that’s ahead of us’ and win; the evidence of the recent election, where a Labour Party leader handpicked by the union machines was wiped out, indicates that the electoral mountain is unlikely to be coming to McCluskey.

Where McCluskey was honest was in his bald statement that the job of the Labour Party is to represent and articulate the interests of ‘organised labour’ – the leaders of the trade-union movement. That has indeed been the historical role of Labour. The problem facing both sides of that relationship today is that, whether they want to recognise it or not, history has moved on.

The trade unions that set up the Labour Party over a century ago, to represent their increasingly powerful interests in parliamentary politics, are no longer a force in the land. Politics in the twenty-first century is a world away from the circumstances of 1900, when the Labour Representation Committee was established at the end of the Victorian era. Yet Labour has no alternative base of solid political support today. That is why it still clings to Unite and the unions for finance and support and why they still contribute millions to the party’s otherwise-empty coffers. An alliance forged to reflect the strength of ‘organised labour’ now survives only as a reflection of the mutual weakness of party and unions.

Some of us from the old left have never been Labour supporters. When I got involved in left-wing politics more than 30 years ago, one of the first things I read was a pamphlet published by the small group that would become the Revolutionary Communist Party, entitled Who Needs the Labour Party?’ – a clear-eyed Marxist analysis of the historical role of Labour in containing and helping capitalism to defeat the British working class.

Re-reading it while observing the current dismal leadership debate about which principle-free apparatchik to appoint as the next head to be grafted on to the zombie Labour Party’s corpse, it occurs that maybe an updated version should be entitled ‘Who the Hell Needs the Labour Party Now?’. Except perhaps McCluskey and his fellow top union bureaucrats, and even they seem to be entertaining second thoughts.

Radical expressions of nostalgia for old Labour are as misplaced as the widespread attempt to blame Tony Blair’s New Labour for the current crisis. Even in its supposedly socialist heyday, the aim of the Labour Party was to negotiate a compromise between the forces of capital and labour in the ‘national interest’. A couple of years after the party was established in 1905, Ramsey McDonald, who would become the first Labour prime minister, declared that ‘the Labour Party was formed because trade unionism had experienced that a class war led nowhere’. Instead, the bureaucracy atop the burgeoning trade-union movement sought parliamentary representation to reform the system through state intervention.

Labour’s historic role would be to avoid ‘class war’ in Britain. Hence Clause 4 of the party constitution, its totemic commitment to ‘secure for the producers by hand or brain the full fruits of their industry…on the basis of the common ownership of the means of production’, was created in 1918, to offer British workers an apparent alternative to the revolutionary fervour sweeping Europe in the wake of the Russian Revolution of 1917.

As the ‘voice of organised labour’, the Labour Party was to come to prominence and power in the 1920s, the 1940s and again in the Sixties and Seventies, at moments of class conflict, rising union militancy and demands for social change. Its role in reconciling trade-union members to the realism of capitalist economics reached its peak under the Labour governments from 1974-79, which imposed wage controls through a ‘social contract’ with the union leaders. The result was that at a time when union membership reached an all-time high, British workers suffered their biggest cuts in living standards for decades. Little wonder that many turned against Labour, first in the mass industrial action of the 1978-79 ‘winter of discontent’, and then in the 1979 election won by Margaret Thatcher’s Tory Party.

In the 1980s Thatcher’s one outstanding achievement was to take on and break the power of the trade unions, most notably in the brutal class war of the Miners’ Strike of 1984-85. Neither the trade union bureaucracy nor the Labour leadership was capable of rising to the challenge and supporting the miners against the state. From that moment, traditional Labourism was effectively dead, and both the union machines and the Labour Party were reduced to zombie shells of their former selves. The working class still physically existed, of course, as a mass of people who have to sell their labour power for a living. But it no longer had a distinctive, collective political existence.

It is ironic now to hear Tony Blair and New Labour so often blamed for the state of the left. The truth is that Blair’s clique were able to take over the shell of the party in the 1990s only because old Labour had already been emptied of any life or political meaning. Blair won three elections by exploiting the crisis of the Tories and playing the new game of personality/celebrity politics better than his opponents. He did not cause the crisis of Labour – he concealed it. Once Blair’s showbiz star had waned and been replaced by the Stalin-Mr Bean hybrid that was Gordon Brown, it was no longer possible to conceal the gaping hole where the heart of Labour was supposed to be.

So, who needs the Labour Party now? McCluskey might talk about it as ‘the voice of ordinary working people, the voice of organised labour’. But those two sections of society are no longer the same thing. Total trade union membership in 2013 (the latest figures available) stood at 6.5million – that’s less than half the total membership of 13 million-plus in 1979, despite the fact that the UK workforce is far larger today than it was 36 years ago. In the private sector, trade unions now represent just 14.4 per cent of employees. The decline is more than numerical. Most remaining members today have little or no involvement in ‘their’ union, or connection with the leaders who are supposed to represent them. Industrial action over jobs and wages is almost non-existent compared to the fairly recent past. If the two-day national rail strike threatened for next weekend goes ahead, it will be notable for its rarity as much as its likely ineffectiveness.

Those who are still trade-union members are increasingly likely to be older, white-collar public sector employees; if they vote Labour it is less as the voice of traditional organised labour than the voice of a minority of metropolitan professionals in the NHS and local government.

This is the desperate state in which the Labour Party finds itself today – caught in a deathly embrace with the zombie unions, yet with no other solid base of support. Yet most of the leadership ‘debate’ is an attempt at whistling past the graveyard, as candidates and their supporters try to convince themselves that a shiny new face and modulated ‘message’ can put things right. There have been odd moments of honesty, as when Jon Cruddas said this week that Labour needs to ‘go to the dark places and fundamentally rethink what the Labour Party is for, who it represents, what it’s all about’. Although, given that he is credited with writing much of Ed Miliband’s election manifesto, some might question Cruddas’s credentials for coming up with any meaningful new answers.

Without any political base to represent or principles to fight for, the Labour Party exists today only to pursue its own re-election. And even that is looking an increasingly distant prospect. No doubt Labour’s PR machine can recover in the opinion polls as the Tory government gets into trouble. But the fundamental question – who needs the Labour Party now? – will still remain. Those attempting to answer it by effectively turning back the clock to 1945, 1974, or 1997 only confirm that Labour should have no future.