ISIS’s very modern war on the past

It is not just the museum-destroying Islamic State that yearns for a Year Zero. 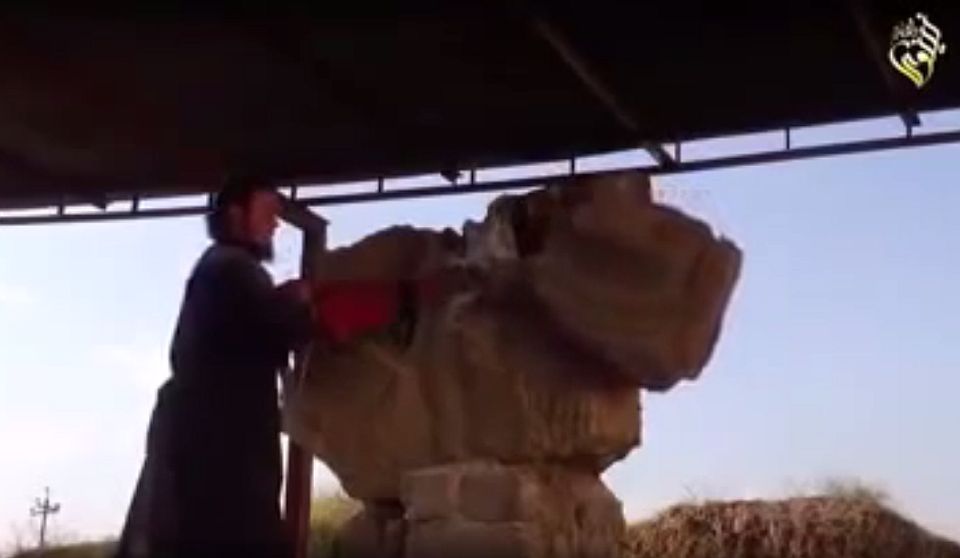 I have never been to the ancient city of Nimrud or seen the ruins in the city of Hatra or been to the Mosul Museum. What I know of the civilisation of Assyria comes from my teenage interest in ancient history. The closest I have ever been to this civilisation was when I viewed the fantastic collection of Assyrian art and artefacts in the British Museum. When I saw the fascinating stone panels that originally stood in the palace’s throne room in Nimrud, I felt I was seeing the first instalment of a historical journey through which the world was humanised.

So when I looked at the images of Islamic State vandals destroying thousands-of-years-old Assyrian artefacts, I experienced it as an attempt to bring that humanising journey to a premature end.

Nimrud is now fully exposed to the destructive and barbaric impulse to destroy the past. The IS militants bulldozing, destroying and looting ancient shrines claim to be acting from ancient imperatives; they appeal to ancient customs and traditions; they justify their behaviour by insisting that they were ‘destroying idols’ in the manner of Muhammad, who cleared out idolatrous statues in Mecca. (Yes, the worship of idols contradicts the teaching of Islam as it does that of Judaism.) But ISIS’s impulse to destroy the past reflects the spirit of our time, not Muhammad’s. This is why, for many centuries, Muslims living in the Middle East had no problem distinguishing between ancient ruins and an idolatrous insult to their religion. Ancient artefacts created by the great civilisations of the Middle East were a source of wonder, not the target of a religious crusade.

So it is not the customs and traditions of the past that have led to ISIS vandals smashing and destroying artefacts and statues in the Mosul Museum last week. The five-minute propaganda video shows the delighted vandals throwing a precious relic to the floor, and smashing it to bits. The highpoint of this performance is a man using a pneumatic drill to destroy a seventh-century-BC statue of a winged bull, which was an Assyrian deity. It appears as a rehearsal for some sort of jihadist video game.

ISIS’s publicity-grabbing actions have little to do with affirming the traditions of the past. Its production values, and the studied performance in casual destruction, are underpinned by a desire to detach the present from the past. Many commentators have rightly noted that these acts of destruction represent an attempt to eliminate an important chapter in the historical legacy of humanity. They certainly did that. But ISIS is not simply in the business of destroying the past; it also wants to rewrite history.

Throughout the world, people, and not just radical jihadists, have become estranged from humanity’s history. This is most clearly expressed in the attempt to depict our world as fundamentally different to that of the past. We are living in a Year Zero moment. In recent decades, this sentiment was evident in the Khmer Rouge’s takeover of Cambodia. Advocates of establishing Year Zero claimed that the evil traditions of the past had to be destroyed and old ideas purged so that society could start from scratch.

In a more moderate form, the Year Zero ideal was enshrined by the European Union. As I have written before, the EU elite regards the era before the end of Second World War as the divisive bad old days. So when it sought to establish a House of European History a few years ago, it decided that 1946 should be the point of departure for European history. The EU’s informal Year Zero therefore begins in 1946. These kind of Year Zero sentiments exercise a widespread influence over public life. Just do a Google search and count the number of times Britain’s prime minister, David Cameron, uses the term ‘bad old days’. Today, the old term ‘good old days’ is treated as a dishonest phrase best avoided. Instead, popular culture tends to present yesteryear as the dark past.

Of course, the project of rewriting the past in Western societies appears as relatively harmless compared to the nihilistic barbarism of ISIS. ISIS has gone far further than most because, as a mobile globalised group, unbounded by any geographical space and having no roots in any community, it literally has no historical past.

But let the horrific events played out in Iraq serve as a warning of the dangers of attempting to gain moral authority through mounting a crusade against the legacy of the past. What ISIS’s war against the past demonstrates is that once we embark on the road to Year Zero, humanity will inevitably lose sight of what makes us human.