The secret of the lyricist-composer’s success? Hard work, a love of crosswords and brilliant librettos. 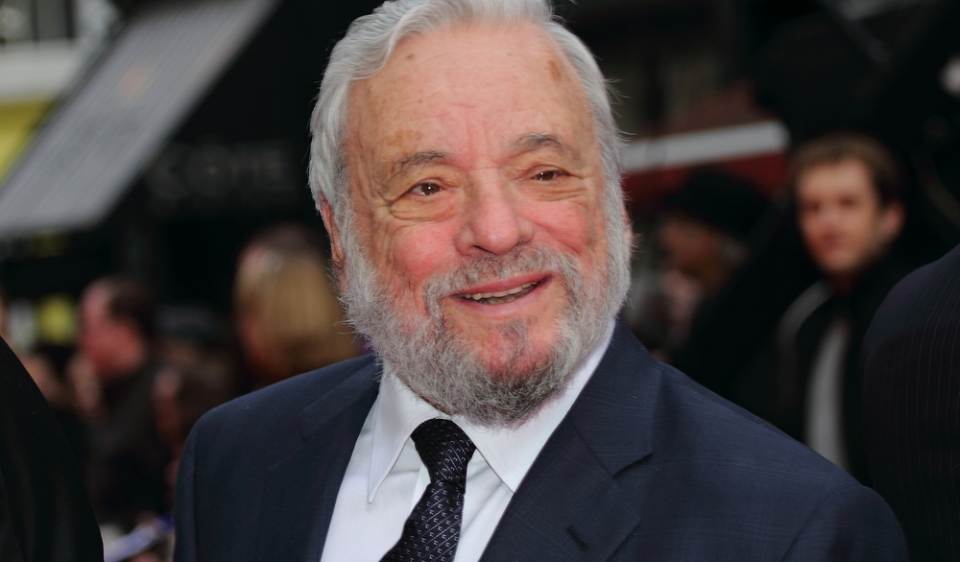 Stephen Sondheim, who turns 85 in March, is fascinated by puzzles. The composer-lyricist, who has designed crossword puzzles for the New York Magazine, used to have British newspapers mailed to his New York home because he preferred their cryptic crosswords. He is said to have inspired the character of mystery writer Andrew Wyke in Anthony Shaffer’s play Sleuth, hence the play’s apocryphal working title: ‘Who’s Afraid of Stephen Sondheim?’ Sondheim even treats the creation of his shows like one big puzzle, believing every trick, rhyme or witty remark can be perfected if you just work hard enough – perspiration over inspiration.

Sondheim’s own perspiration has certainly paid off. His work continues to enjoy revivals on Broadway and in the West End, and now, in the shape of Disney’s recently released Into the Woods, starring Meryl Streep and Johnny Depp, he is enjoying Hollywood success, too.

Hard work is a constant theme in Sondheim’s work. ‘Art isn’t easy’, sings the titular character from Sunday in the Park with George, a musical Sondheim himself said was an attempt to portray the hard work involved in the creation of a work of art. In the first act, George Seurat obsessively dots his canvas to create A Sunday Afternoon on the Island of La Grande Jatte. In the second act, another George, a conceptual artist in the 1980s, hustles to get funding for his next installation. There is no divine inspiration here, just profane perspiration.

Sondheim is also an artist of stunning diversity. This is perhaps best displayed by the two current productions of his shows, the film, Into the Woods, and in London, at the Menier Chocolate Factory, a revival of Assassins, the brutal show without a plot about the various individuals who have attempted to kill the US president. Other shows include: Pacific Overtures, which takes place over 120 years in Japan, and features an all-Japanese cast; A Little Night Music, an adaptation of Ingmar Bergman’s Smiles of a Summer Night written in triple meter; and, of course, Sweeney Todd, the ever-popular tale of the murderous London barber who puts his victims into pies.

An often overlooked element of Sondheim’s shows was revealed in his acceptance speech for the Lifetime Achievement Award at the Tonys, when he named every single playwright who had ever written a libretto for one of his shows. ‘[They] are the men’, he said, ‘who created the characters that sang the songs, the situations that gave rise to the songs, and the criticism that improved the songs’.

The libretto, the book on which a musical is based, tends to be underappreciated by audiences. Are you more likely to know that the songs in The Sound of Music are written by Rodgers and Hammerstein, or that the book is written by Howard Lindsay and Russel Crouse? To paraphrase an old Broadway gag, you don’t leave the show humming the libretto.

But Sondheim’s lyrics don’t appear from nowhere. Part of the puzzle for Sondheim is to fit the lyrics into the structure created by the musical-book writer. For example, the opening song of Sunday in the Park with George was originally a monologue written by the show’s director and book-writer James Lapine, which Sondheim then adapted into song. Indeed, a lot of the best lines in ‘The Worst Pies in London’ can be found verbatim in the play from which Sweeney Todd was adapted.

Credit must also be given to the original directors of Sondheim’s plays on Broadway, Harold Prince in the 1970s, and since then James Lapine. They, too, have had a direct influence in creating the Sondheim legend. For example, while rehearsing A Little Night Music, Prince complained that Desiree, the female lead, had no song in scene two. Sondheim did not think this was a problem. But after witnessing how Prince had directed the scene, Sondheim acquiesced and churned out a song in two days. The result was ‘Send in the Clowns’, which has proven to be Sondheim’s most successful and popular composition.

Sondheim’s reputation as genius has also been tremendously boosted by the sheer volume of his work. He has produced an astounding number of shows on Broadway that would be impossible for any composer to even contemplate today. It took seven years for a great show like The Book of Mormon to get to Broadway. Between 1970 and 1977, Sondheim created four musicals for Broadway. In those seven years, he won more Tonys for Best Original Score than any other composer has in their entire career.

But the greatest puzzle for any Sondheim fanatic is the man himself. Sondheim has thoroughly demystified his writing technique, exposing every detail in the superb volumes of annotated lyrics Finishing the Hat and Look, I Made a Hat. But in both those books, and in his interviews, he says nothing about his personal life. No doubt this enigma adds to his reputation as a genius, with his followers poring over his shows looking for clues as to the ‘real’ Sondheim. Many theorise that the angsty loners of Sondheim’s work, like Bobby in Company, George Seurat and Sweeney Todd, are the most autobiographical.

What does the future hold for Sondheim? He has recently revealed that he’s developing a musical based on two Luis Bunuel films, The Exterminating Angel and The Discreet Charm of the Bourgeoisie. ‘The problem is’, he said in his recent Tony speech, ‘that the more venerable you get, the harder it becomes to avoid the fear of not living up to the expectations and praise that are bestowed on you, as in the form of a Lifetime Achievement Award. Nevertheless, buoyed by your encouragement, with more lifetime, I promise you more achievement.’