The US Supreme Court must not erode free speech online. 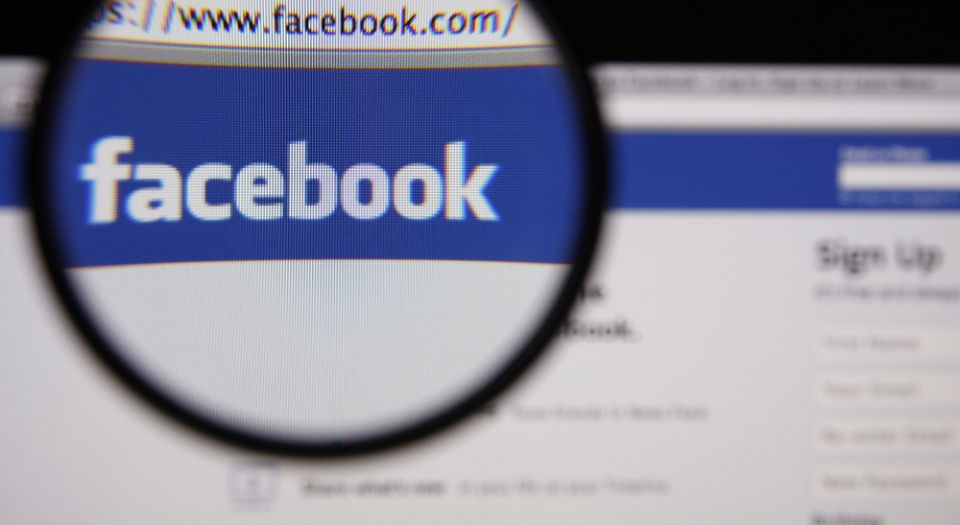 Today, the US Supreme Court will be asked to consider the limits to free speech on social media. Elonis v United States centres on the conviction of Anthony Elonis for violent rap lyrics he posted on Facebook in 2010. The lyrics concerned his estranged wife, his children, his colleagues and even the FBI agents called in to investigate him. While none of his posts were pleasant, it was the ones he directed at his wife that landed him in the most trouble.

Take the following, for example:

‘There’s one way to love you but a thousand ways to kill you.
I’m not going to rest until your body is a mess,
Soaked in blood and dying from all the little cuts.
Hurry up and die, bitch, so I can bust this nut all over your corpse
From atop your shallow grave.’

This and other charming posts led to Tara Elonis being granted a protection-from-abuse order against her husband. But that didn’t stop Elonis from continuing to post his lyrics:

‘Fold up your PFA [protection-from-abuse order] and put it in your pocket.
Is it thick enough to stop a bullet?
Try to enforce an order
That was improperly granted in the first place
Me thinks that judge needs an education on true threat jurisprudence.‘

This post is particularly interesting. Elonis’s rap addresses what constitutes a ‘true threat’ under the First Amendment, which raises a question fundamental to his own case: subjective intent. (In fact, Elonis frequently mentions the First Amendment and other legal issues throughout his posts.)

Perhaps if Elonis had stopped there, the case would not have gone any further. But he didn’t. In subsequent posts, he rapped about the possibility of carrying out ‘the most heinous school shooting ever imagined’ and, following a visit from the FBI, he issued a ‘warning’: ‘Next time you [FBI] knock, you best be serving a warrant. And bring yo SWAT and an explosive expert while you’re at it.’ Elonis was arrested and charged with five counts of unlawful threat. He was eventually convicted on four counts and sentenced to 44 months in prison, to be followed by three years of supervised release.

The critical question for the Supreme Court is whether Elonis intended to threaten as a precursor to carrying out a criminal act, therefore waiving his First Amendment rights. Was there, as Elonis put it, a ‘true threat’? Is there proof that he subjectively intended his communication to be threatening, as it would be perceived by a ‘reasonable person’?

This case, then, has profound implications for free speech in a social-media-dominated world.

The question of rap lyrics

While not the most important issue in this case, it is worth noting, as I have before on spiked, that the use of rap lyrics (or any other form of artistic expression) to aid the prosecution of an individual is deeply problematic.

From Eminem to Snoop Dogg, violent and misogynistic lyrics are commonplace in rap. What makes Elonis’s case so different? That he chose to use the rap medium to vent his anger in no way proves that he intended to follow through on his words. Elonis, and other amateur rappers, should be treated no differently to professional artists, musicians, novelists and poets. If he chooses to rap about his darkest thoughts, that’s his prerogative. The conviction of someone for simply expressing themselves, whether in a notebook or on Facebook, is a violation of freedom of speech.

How should we understand threats and speech?

The Elonis case raises key questions about whose point of view is most important when evaluating a perceived threat: that of the speaker, or that of the reader? If we consider the emotions of the individual who reads a post or tweet to be paramount, then anyone who feels threatened, uncomfortable or potentially even offended by a post or tweet could press criminal charges, regardless of what the ‘speaker’ intended.

What should be at issue here is the intent of the individual poster. Do we really think that every time someone posts a crude comment or a rant on Facebook they should be taken seriously? Should every post be pre-screened to ensure it won’t make someone feel threatened or offended? Clearly not. This would render online platforms almost unusable.

The very nature of social media means that context, detail, and, therefore, intent, can become unclear. We have all experienced misunderstandings in emails, tweets, or on Facebook posts. And there are numerous cases where online posts, which have been taken completely out of context and misunderstood, have been used as grounds for legal or disciplinary action. A recent case in New Jersey involved an art professor being suspended from his job for eight days after posting a picture of his seven-year-old daughter on Google+ wearing a t-shirt quoting the HBO show Game of Thrones: ‘I will take what is mine with fire and blood.’ The professor’s employers interpreted this as a potential school-shooting threat. While the misunderstanding was cleared up and the professor reinstated, the college still demanded he visit a psychiatrist.

The implications the Elonis case might have for political speech are very concerning. If we are to avoid the potential chilling of political argument, it is critical that the online environment is free and open. The restriction of online speech could usher in even greater self-censorship. It could drive those perceived to have the most undesirable or unacceptable ideas underground, or on to the ‘dark web’. This would mean that dangerous, anti-social or anti-human ideas could not be publicly challenged. One of the greatest achievements of a free and open society is its ability to self-regulate the darkest of ideas in a free-for-all exchange.

What, then, are the potential implications for all social-media users in the event of a ruling against Elonis? For example, if I were to see a post that I perceive to be threatening on your Facebook page, will I have an obligation to report you to the authorities? Would my failure to act on a post that others could perceive to be threatening leave me open to prosecution for negligence to act? Hopefully not, but this dystopian idea doesn’t seem so strange in a world where the state encourages us to watch one another constantly for signs of abuse or child endangerment.

How should we perceive freedom of speech in the wider context of social media?

It is clear that, as a society, we need to update our outlook on freedom of speech and expression for the twenty-first century. While the First Amendment has and does act as a powerful testament to the Enlightenment idea of individual freedom, we shouldn’t rely on it. The battle for free speech online needs to be won at the level of the public, not the level of Supreme Court justices for whom even email is a technological challenge.

As mentioned above, the room for individual interpretations of speech on social media underlines the need for a robust defence of true freedom of speech. It is important to remember that the audience for any online posting is uncertain at the time of the posting. Initially, it may be a post only to your Facebook friends. But a post or tweet or blog can easily, and suddenly, reach a much larger audience. We are all now familiar with terms such as ‘going viral’, ‘retweet’, ‘share’ and ‘like’. As the reader of a post, one is often unsure of who the poster is or where they were posting from, never mind their intention. So, as political speech moves increasingly online, it is vital that a free and open discourse is allowed to continue so as not to restrict the sharing of ideas.

Notably absent from the debate around the Elonis case are the service providers themselves. What do Facebook, Google, Twitter and their Silicon Valley peers make of the case and what do they want out of it? One wonders if, despite their right-on liberal credentials, many of the young entrepreneurs of Silicon Valley wouldn’t mind a little bit of government intervention into their users’ self-expression. As shown by Google’s capitulation to ‘right to be forgotten’ legislation in Europe, and Twitter’s hook-up with WAM (Women, Action and the Media) to provide online-harassment-reporting tools, it appears the companies behind some of the most democratising platforms on the internet are not that keen on key freedoms after all.

We simply cannot rely on Supreme Court justices, the government or corporations to protect freedom of speech and expression. It is up to us to nurture a culture that promotes and values such freedoms.

I am not arguing that threats of violence with a subjective intention to act are acceptable; they are not. But the law adequately deals with such cases already. Of course, no one likes being teased or bullied online, but the harassment one receives from sad trolls hanging out in their mothers’ basements is not the same as being threatened by an axe-wielding lunatic on the street. There is a distinction between a ‘true threat’ and online harassment.

A court ruling against Elonis would set a dangerous precedent. It would undermine our ability to interact on Facebook, Twitter and other social-media platforms. The emphasis must be on us, as individual adults acting as part of a wider public, to reinforce a collective belief that we can deal with words, expressions and statements, regardless of how offensive or troubling we may find them. And it is up to us to combat a culture of censorship throughout society. I would rather have the ‘threat’ of ‘a thousand little cuts’ from an online rap lyric than experience daily cuts to what I can hear, see and read.

The internet is an incredible human achievement. It allows us to express ourselves to our peers to an unprecedented extent. And it is precisely because it allows the brightest, most enlightened views to be shared, alongside the darkest and most troubling, that it has become a true reflection of humanity. This is why we need to keep it free and open.