The myth of anti-Tory Scotland

Scots' hatred of the Conservative Party has been much exaggerated. 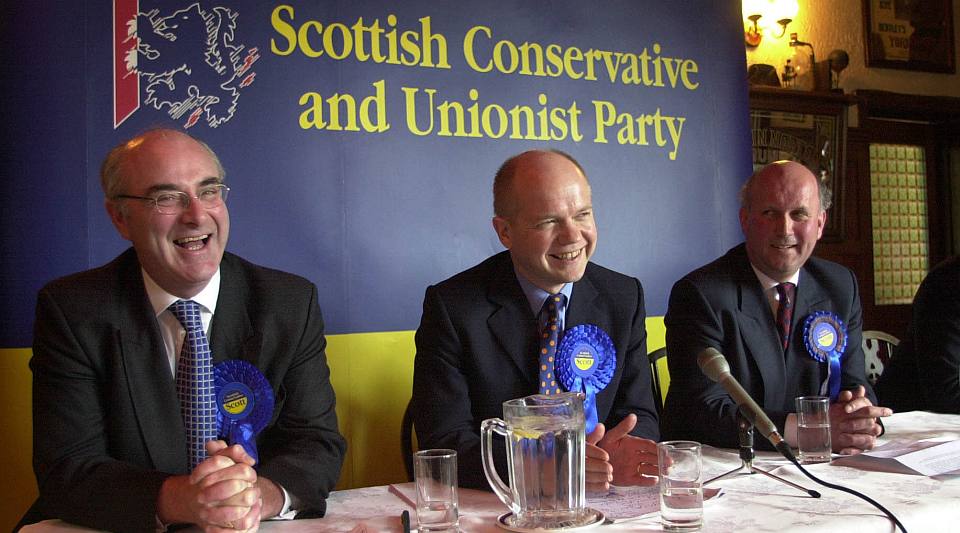 ‘End Tory rule forever’ was reportedly one of the most frequently heard pro-independence shout-outs during the Scottish referendum campaign. It seemed to make sense, didn’t it? The Conservative Party, as the Guardian put it, is ‘one of the most despised political forces in Scotland’. And the referendum was the chance to stop an English-supported Tory government from ever again lording it over the virulently anti-Tory Scots.

This story of Scotland’s loathing for all things Conservative has played an important role in the arguments over the Union. It suggests Scotland is a political exception to all things British, a territory marked by a distinct moral and political culture utterly inhospitable to the Tories. As one commentator writes, ‘Scotland has been rejecting the Conservatives for almost all of the party’s history, yet has often been governed by them’. According to this narrative, it almost makes sense that the Scots would seek their own independent polity, a polity free of this supposedly foreign entity that is Conservatism.

Or it would make sense if this tale were true. But it isn’t. In fact, from the turn of the twentieth century up until the 1970s, the Unionist Party, which became the Scottish Conservative Party in 1965, was a major political force, taking turns with its only real competitor, the Labour Party, to be the dominant force. So throughout the 1920s and 1930s, the Unionist Party regularly commanded between 40 and 50 per cent of the Scottish vote, a trend which continued after the Second World War. At the 1951 General Election, for instance, the Unionists, in alliance with the National Liberals and the Conservative Party, won the support of 1,349,298 Scots, amounting to 48 per cent of votes cast. The Labour Party polled slightly fewer on 47 per cent of the vote, winning the support of 1,330,244. Incredibly, this actually bucked the national trend, given that Winston Churchill’s triumphant Tories had actually won a slightly smaller share of the popular vote than Labour, despite it winning more seats.

And again at the 1955 election, Scotland showed its Unionist, Tory-approving colours, with 50.1 per cent of Scots voting Unionist/Tory, compared to 46.7 per cent voting Labour. Although, the Tories’ support in Scotland fell during the 1960s, this is hardly a mark of Scotland’s unique, red-tinged political culture. Labour, under Harold Wilson, was more popular across Britain, not just in Scotland. Still, at the 1964 General Election, the Conservatives still garnered 1,069,695 votes in Scotland, which amounted to 40.6 per cent of the vote. Conservatism in Scotland, far from being anathema, was woven into the political fabric. Which shouldn’t be a surprise: in this regard, Scotland’s political make-up, with the Conservatives and Labour drawing on large social constituencies, was the same as the rest of Britain’s.

Ah, say those who insist on Scotland having a distinctly anti-Tory political culture, that was then. That was a period when the Unionists and then the Tories could draw on the vast popular reserves of working-class Protestantism, a period when sectarian divisions were strong, when a commitment to the Union, enshrined in key institutions from the Church of Scotland to the Boys’ Brigade, provided the Tories with large swathes of support. And that, they continue, was a period which, by the 1960s, was drawing to a close, as religion’s social role declined and sectarian divisions lost their heat.

In fact, those who seem convinced that Scotland is a ghetto of anti-Tory fervour contend that Scotland’s uniqueness, its political exceptionalism, only really emerges during the late 1970s and 1980s, when Margaret Thatcher was in her pomp, taking on the trade unions and, with them, the British working class, and ravaging the UK’s industrial heartlands in the north of England and, yes, in Scotland. That was when the Scots realised that Scotland was no place for a Conservative. That was when Scotland discovered its true political culture, the moral and social conscience which marked it off from the society-denying, money-grubbing Tory voters down south.

And what of the late 1990s and 2000s, when the number of the Tories’ Scottish seats eventually dwindled to zero? Well, the first thing to note is that while the Tories’ vote had shrunk by a third by the time of the 1997 election – they polled 17.5 per cent (493,059) – it still clearly remained a presence in Scottish society. In fact, while Conservative support reached its nadir at the 2005 General Election, when the Tories lost all their Scottish seats, with 15.8 per cent of the vote (369,388), it climbed back up to 16.7 per cent (412,855) in 2010. And the second thing to point out is that until 2010, Scottish society wasn’t bucking a national political trend; it was adhering to it. Scotland’s political climate was not special, then. New Labour was in the ascendancy, and the Tories were in disarray, across the UK. There was nothing uniquely Scottish about not voting for the Tories – the whole country was at it.

Moreover, it’s also important to note that over the past 15 years, while the Tory vote in Scotland has shrunk, the Labour vote has failed to grow. Scotland’s claim to be more left-wing, to be more inclined to Scandinavia-style social democracy, has simply not been borne out at the polling booth. In 1992, Labour received 1,142,911 votes; in 2001, Labour received 1,001,173 votes; and in 2010, Labour received 1,035,528 votes – fewer votes than the Tories received in 1964!

Of course, the one significant force in Scotland not mentioned here is the Scottish National Party. After all, it was due to its overwhelming success at the 2011 Scottish parliament elections, where it polled 45.39 per cent with 902,915 votes, compared to Labour’s 31.7 per cent (630,461) and the Tories’ 13.9 per cent (276,652), that Scotland ended up with a referendum on independence. Yet what’s interesting is that the SNP’s share of the vote, and the number of votes cast, has not actually changed much since the mid-1980s, when it polled 14.1 per cent (416,473) at the 1987 General Election. In fact, the SNP’s support peaked over 20 years ago, when it won 22.1 per cent of the vote (629,564) at the 1992 General Election. Despite the talk of the rise of the SNP, during the 2000s it polled on average less than 20 per cent, and commanded the support of between 410,000 and 490,000 voters. And here’s the twist: the SNP’s share of the vote has been only a few percentage points higher than that of the ‘most despised political force’ in history, the Tories. At the 2010 General Election, the SNP polled 19.9 per cent and won 491,386 votes, while the Conservative Party polled 16.7 per cent and won 412,855 votes. Yet it is the SNP that has been allowed to set the agenda in Scotland, and to call the shots on the possible future of the Union, while the Conservatives have been painted as pariahs, and deemed about as welcome in Scotland as a nationwide dose of the clap.

The truth is that Scotland is not vehemently anti-Tory. The Tories just don’t command as much support in that particular part of the UK as they do elsewhere. Indeed, with voter turnout at General Elections in Scotland falling by about 15 per cent over the past 20 years, the profound trends apparent in UK political life – from the hollowing out of the old party-political system to the growing disengagement of the political class – are just as strong north of the border. In this respect, Scotland’s political make-up and its political problems are not just indistinguishable from those of the rest of the UK – they are those of the whole UK.