The fight for press freedom – still a war without end

Now we know: anti-hacking hysteria was just a flag of convenience. 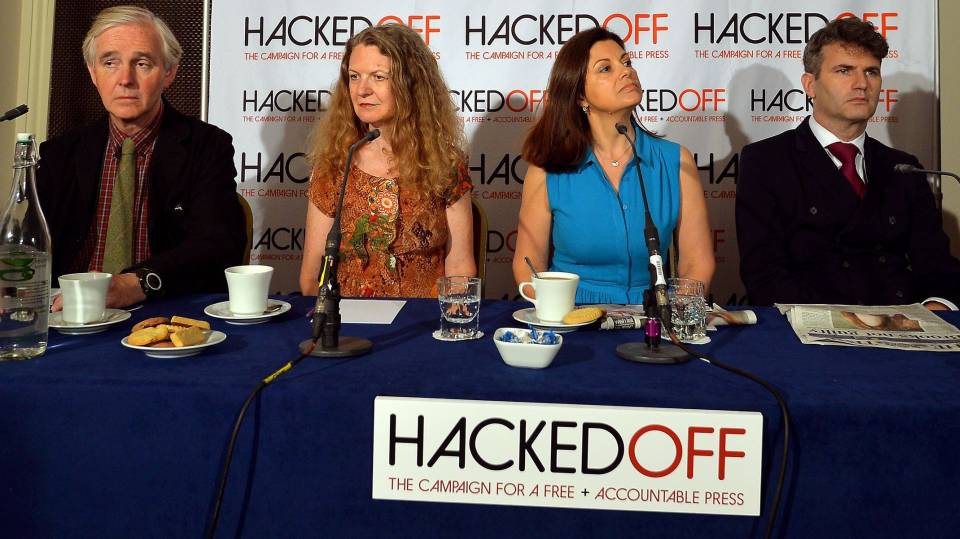 You might have thought this was one war that would be all over by this summer, never mind next Christmas. After all, the big phone-hacking trial, focused on events at the now-closed News of the World up to 2006, finished last month with the conviction of one former editor, Andy Coulson, and the acquittal of another, Rebekah Brooks. Wasn’t hacking what the whole row was supposed to be about?

Yet the free press wars are carrying on regardless. As the fog of war clears, it should be obvious by now that (as in all wars), things are not really as they may have first appeared. The phone-hacking scandal was, as spiked argued from the moment the first shots were fired, merely a pretext for pursuing the wider war aims of sanitising the UK press. Defending the high-profile victims of hacking became a flag of convenience beneath which a coalition of illiberal liberals advanced their campaign to purge the press of whatever does not suit the tastes of those for whom ‘popular’ is a dirty word.

The war on press freedom has not ended with the hacking trial, but simply moved to new fronts. In the forefront, of course, is the tabloid-bashing Hacked Off campaign fronted by actor Hugh Grant and former funnyman Steve Coogan. Hacked Off might look like a two-men-and-their-blog outfit, but it has far more clout than any other little fringe lobby group. It has exploited the weakness of the political and cultural elites’ attachment to freedom in order to shape the agenda on press regulation: instigating the Leveson Inquiry showtrial of the entire ‘culture, practices and ethics’ of the press; ghostwriting the report’s key proposals for state-backed regulation; stitching up the squalid deal for a regulator backed by Royal Charter in an infamous late-night meeting with the leaders of the political parties; and then issuing a public demand for the newspapers to bow the knee to the Royal Charter signed by ‘200 leading cultural figures’ from the liberal elite.

Backed by these big battalions, Hacked Off’s supporters are continuing their campaign to sabotage press freedom. What they are up to now was spelt out this week by Hacked Off’s new executive director, Joan Smith. The contempt for freedom which motivates it, meanwhile, was being revealed behind the scenes by Steve Coogan.

Joan Smith is a broadsheet writer who assured the Leveson Inquiry that respectable journalists such as her were ‘a different breed’ from mongrel tabloid hacks. As the head of Hacked Off, she is apparently delighted that the political parties have put in place the Royal Charter on press regulation (despite the fact that, at the time this compromise was first proposed, the Leveson lobby dismissed it as a sellout). However, Hacked Off is also furious that no national newspaper has yet agreed to sign up to the state-recognised regulator, with most of the big publishing groups preferring their own Independent Press Standards Organisation (IPSO), due to take over from the Press Complaints Commission next month. Despite the Leveson lobby’s supposed support for ‘voluntary independent self-regulation’, the only two of those words it really values are ‘regulation’ and ‘independent’ (of the press, not the state).

So how do Hacked Off’s crusaders hope to bend the press to their will and finally make it bow before a state-backed regulator? Smith told the Press Gazette website this week that they intend to start by pressurising big advertisers to pull out of newspapers that have not signed up to the regulator recognised by Royal Charter. ‘It’s not about influencing editorial policy’, she insisted (no? What is it about then – getting the redtops to change the colour of their mastheads?), ‘but it is about asking advertisers whether advertising in newspapers that don’t actually sign up to a recognised regulator… sits with their Corporate Social Responsibility statements’.

By calling on the higher power of CSR, the pro-regulation lobby seeks to disguise itself once more in the cloak of ‘ethics’. But as ever, this allegedly ethical smokescreen only masks the pursuit of a rather more base agenda. By deploying the dirty tactics of ‘ethical’ blackmail threats and ad blockades, their aim is effectively to starve the anti-charter sections of the press into submission.

If the newspapers still don’t sign up to the medieval-style Royal Charter, says Smith of Hacked Off, she would ‘expect that to trigger a failure report to the government’. And the Leveson lobby clearly sees next year’s General Election as a chance to put such a failure to rights. Smith says that Hacked Off will be lobbying hard at both the Tory and Labour conferences this autumn to get a manifesto commitment to even tougher state-backed press regulation (they won’t bother with the Lib Dems, as they are already apparently committed). It seems that they are pinning their hopes on a Labour government – or perhaps better yet for the prigs’ party, a Labour-Lib Dem collation – in 2015. The UK press regulation battleground, according to Joan Smith, ‘might be in a very different position’ after the General Election. The shadow of Leveson looms over British politics.

While Hacked Off’s executive director tries to sound high-minded, its celebrity voiceover artists tend to reveal the low motives and opinion of liberty behind the crusade. Thus Private Eye has reported the antics of Steve Coogan (and his political lobbyist, former Lib Dem MP Evan Harris) in pressurising publications to rewrite or even remove their reports of some embarrassing remarks about celebrity campaigners and Angelina Jolie in particular that he made in a GQ interview with Alastair Campbell. In a pathetic post-publication ‘clarification’, Campbell wrote that, even though the printed quotes from Coogan were ‘accurate in literal terms’, the interviewee had actually meant that he had more respect for celebrities who have the courage to challenge ‘press abuses and excesses’. In other words, as the Eye noted, he had ‘much more respect’ for, err, himself. Coogan and his acolytes seem perfectly willing to ‘abuse’ press freedom and demand censorship when it suits.

What makes this even more risible, of course, is that Coogan, who has denounced press freedom as ‘a lie’, has recently been trying to pose as a misunderstood free-speech man, signing up as a patron of the charity Index on Censorship. Last week he turned up at the launch of Hack Attack, a book by the Guardian’s award-winning phone-hacking correspondent Nick Davies (to which I shall give full and fair consideration in a forthcoming edition of the monthly spiked review of books). Asked by the London Evening Standard’s diarist if he hated all journalists, Coogan said of course not: ‘I just don’t want to be caricatured as being anti-freedom of speech.’ So who were the fearless soldiers of the free press he admired? There were, it seems, two – Davies, and John Pilger. These heroes, entirely coincidentally, were the only two journalists among the 200 cultural figures who signed Hacked Off’s statement of support for the Royal Charter. Like all of his ilk, Coogan supports free speech for people who use it to say what he agrees with.

Joan Smith concluded her Press Gazette interview by declaring that Hacked Off is not going away, despite the approaching closure of the hacking scandal that midwifed it into life. No, she said, ‘we’ll keep going until we see quite dramatic improvements in sections of the press’. By which they effectively mean: until the right of a free press to decide for itself what it offers its readers has been ‘improved’ out of existence.

The newspapers’ own new regulator, IPSO, looks bad enough news for press freedom, having made far too many concessions to the Leveson lobby. Yet that victory is not enough for the regulators. We will have to be prepared to fight the free-press wars through next year’s General Election campaign, after which we could face the risk of Hugh Grant playing at being prime minister again in an even more dreadful sequel – ‘Leveson, Actually’.