Health campaigners demand ever more regulation of our lives – and it's our personal independence that is being shafted. 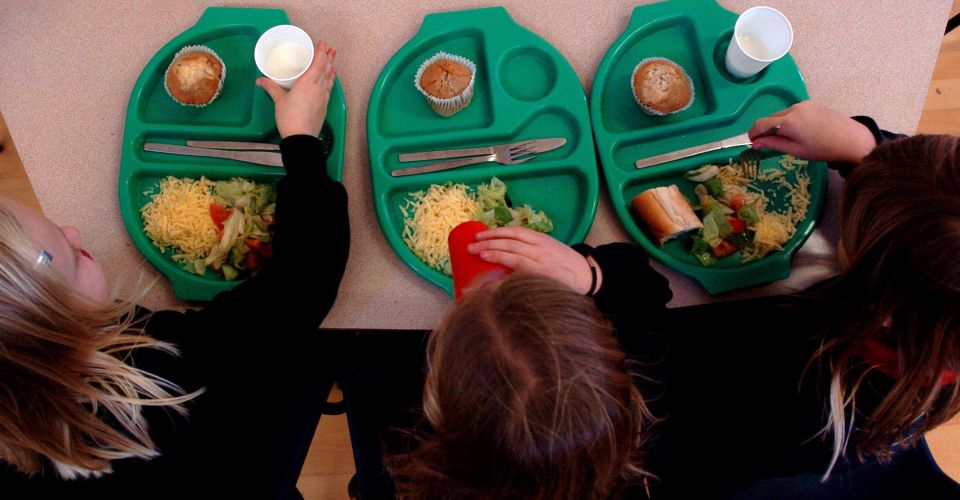 The missionaries of the public-health lobby really do hate to be denied. No matter how many victories they achieve in their ongoing attempt to micromanage our lives – whether it is sweeping bans on smoking or pointless labels on bottles of alcohol – it is never enough. And now to the list of petulant fits, we can add the public-health mob’s reaction to the Lib-Con government’s ‘failures’ on school meals.

In an interview published in Sunday’s edition of the Observer, Dr Terence Stephenson criticises the government for allowing state-funded schools that have been granted independence from local-authority control the right to ignore regulations on school meals. ‘Allowing children in academies and free schools to be exposed to unhealthy choices, unhealthy foods and unhealthy diets when there’s still huge concern in this country about obesity in children is definitely a backward step. Too many schools have been allowed to withdraw from this excellent, evidence-based system.’

Stephenson, a paediatrician and chair of the Academy of Medical Royal Colleges (AoMRC), added: ‘It just doesn’t make sense to have a “them and us” policy on something as important as school food. If it’s the right policy for children in maintained schools, it’s the right policy for all children. It’s irresponsible to have a two-tier policy on this.’

It’s a remarkable complaint that isn’t backed up by evidence. Firstly, only a quarter of schoolchildren attend academies and free schools, meaning that three-quarters of children attend schools where the school-meals regulations apply. Secondly, the whole point of academies and free schools is to give teachers greater independence to make decisions based on their own circumstances rather than be subject to blanket rules.

Yet, as the Department for Education pointed out in response to Stephenson’s comments, ‘a survey by the Children’s Food Trust found 99 per cent of academies have voluntarily agreed to follow the food standards, even though they are not required to do so. By contrast, many council-run schools – unlike the best academies – are failing to provide healthy options, instead continuing to serve fried food, fizzy drinks and pizza.’ Stephenson seems more driven by control freakery than by an assessment of the evidence.

But even if some schools are not following the regulations, the idea that this is a serious threat to children’s health is nonsense. The rate of childhood obesity stopped rising about 10 years ago, long before these school-meal regulations were introduced, and has fallen in recent years. There is no ‘obesity timebomb’, as many campaigners would have us believe. Nor is ‘fried food, fizzy drinks and pizza’ much to worry about. Claims that salt and fat are harmful in our diets are not borne out by actual evidence, nor is the claim that we need to eat mountains of fruit and vegetables to be healthy. Which is good news, given that fussy kids often have diets that would make nutritionists sob into their diet sheets, and turn out just fine. A small minority of children do have serious weight issues, it is true; but the causes are unlikely to be found in the school canteen.

What really riles the likes of Stephenson is the possibility that a person or an institution could act independently of their ‘excellent, evidence-based system’. The experts know what is good for us – despite the fact, for example, that the dietary advice of the past 40 years or so on avoiding fat is being quietly dropped. So much for that particular evidence, then. But even if the advice of ‘leading doctors’ about health were to be spot on, it still would be insufficient as a guide to our lives. Our personal choices – both naughty and nice – are made for all sorts of reasons. Yet this priestly class of often self-appointed experts believes that only a life lived according to their prognostications can be considered a good life.

And if we cannot be persuaded by their evidence, the experts turn to the government to force us to live in the prescribed manner. The result is that children bringing their own food to school may be sent home if their lunchboxes contain the wrong foods. Some would go further and force children to eat the state-approved school meal or nothing at all. Politicians, desperate to be seen to be ‘doing something’ about an issue close to people’s hearts, are only too willing to oblige in such illiberal crusades, as perfectly illustrated by Tony Blair’s willingness to back Jamie Oliver’s campaign with hundreds of millions of pounds. In the same way, the current government is pursuing plans for plain packaging of cigarettes and minimum pricing for alcohol, despite opposition and a lack of evidence for the effectiveness of such policies. (The same government, it should be noted, that is throwing even greater sums of money at providing free school meals for all children in the first three years of school.)

The result is a loss of freedom – for schools wanting to decide how to feed their pupils, for publicans who would like to give their customers the choice about smoking, but most of all, for anyone who wants to decide how to live their own life.