Hi-tech Malthusianism does progress no favours 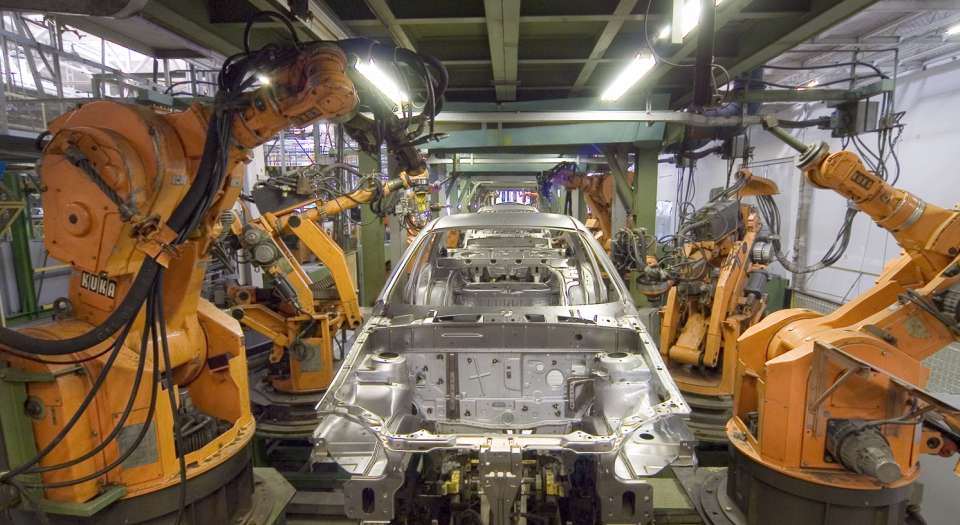 Suppose you go on a date and are faced with that perennially tricky question: does the other person fancy me? The answer is not always easy to gauge, particularly if wishful thinking clouds your judgment. Now imagine that, fortunately in this case, a solution is literally at hand. You discreetly reach into your pocket to check a device that scans the other person and tells you if you are in luck. No need to fear the potential awkwardness of rejection. For Tyler Cowen, a professor of economics at George Mason University, this is not the stuff of science fiction. As he reflects in his new book, Average is Over, artificial intelligence is advancing so fast that such a scenario is probably not far off.

Of course, the implications of artificial intelligence go far beyond dating. As early as 1997, the IBM Deep Blue machine beat Garry Kasparov, a chess grandmaster and arguably the greatest ever player, in a chess match. Now it is possible to download free chess programs that can decisively beat even the best human player. It is true that chess is, in some respects, relatively easy for computers to play, as it has clearly defined and unambiguous rules. But, Cowen argues, it will not be long before computers can manage trickier tasks. Google, for instance, has already devised a driverless car that in many situations operates better than if a human were at the wheel.

Cowen’s main concern in Average is Over is the impact technological advances could have on society. In particular, he argues that they will lead to even more social polarisation. The 15 per cent or so of the population who are adept at using the new technology will thrive, he argues, while the remaining 85 per cent will fall behind. He contends this shift will bring with it the end of the American dream, which, traditionally, means most people attaining the wealth and luxury of the middle classes. Social mobility will fall, he argues, as the boundary between the elite and the masses becomes firmer. Nor is it likely, he continues, that there will be any mass uprisings as a result of this new polarised society. Since the average age of the population has risen over the years, it is likely society will begin to view the bifurcation of America in quiescent style.

Google’s driverless cars are a prime example of the type of transformative technology to which Cowen attaches so much importance. He acknowledges they could allow people even more time to do what they want to do, including working or simply relaxing. On the other hand, they could put a large number of people who make a living out of driving, such as truck drivers, out of work.

Education is another area where Cowen sees advanced technology having a profound effect. Traditional teaching methods could be replaced by online instruction. This trend is already becoming apparent with such services as Coursera and Khan Academy. Cowen concedes that online teaching is not as good as the best face-to-face learning, but it has the important advantage of low costs. There is a parallel with the success of McDonald’s, where the food is way below the standards of the finest restaurants but, due to low costs, the hamburger chain can still thrive. However, what Cowen doesn’t acknowledge is that, while traditional teachers are likely to suffer as a result of the move to online learning, a new breed of coaches, highly skilled in motivational techniques, could prosper. This is a skill that cannot easily be delegated to machines. Hong Kong already has glamorous celebrity tutors, called ‘tutor kings’, who are good-looking and photogenic. Some reputedly earn as much as $1.5million (about £900,000) a year.

There are several reasons to question Cowen’s gloomy prognosis. For a start, he exaggerates the current pace of technological development. Despite the excitement around smartphones and other mobile devices, the overall pace of change is relatively slow at present.

Robert Gordon, a professor of economics at Northwestern University in Chicago, has clearly spelt out how the current round of innovation is slower than it has been previously. In a paper published in 2012, he argued that what he called the ‘second industrial revolution’, from 1870 to 1900, brought the widespread use of electricity, the internal combustion engine, running water, indoor toilets, communications, entertainment, chemicals and petroleum to America. In his view, these innovations helped pave the way for productivity growth all the way up to 1972. In contrast, the ‘third industrial revolution’, from 1960 to present, has brought computers, the web and mobile phones. These are all important technologies, but they have not had the transformative effect associated with either the first or second industrial revolutions. Indeed, Cowen himself nodded towards this point in his 2011 book, The Great Stagnation, in which he argued that the ‘low-hanging fruit’ – the easy technological gains – had mostly been picked already. Although this is a narrow way to view the phenomenon, it does implicitly acknowledge that the rate of innovation has slowed.

In the context of slow innovation, it is also worth noting that even within the IT sector the pace of change is often exaggerated. In a paper published this year, Robert Gordon pointed out that industrial robots were produced by General Motors as far back as 1961. Of course, the latest generation of robots are much more sophisticated than those of half a century ago. But, as James Woudhuysen has previously argued on spiked, while the rate of adoption of such technology is rising, it is not rising as rapidly as is often assumed.

Another key weakness in Cowen’s argument is that he underestimates the structural inequality that has long characterised American society. It may be true that most Americans identify themselves as middle class, but it does not follow that the US is genuinely equal in economic terms. In that sense, he is wrong to claim that ‘average is over’ – it never existed in the first place. America’s ongoing economic inequality is indeed seen as inevitable, even by the slew of authors who have written books criticising it. All of the key critics of inequality – including Robert Reich, Joseph Stiglitz and Thomas Piketty – see it as inevitable and, indeed, necessary. The thrust of their criticism is simply that the degree of inequality has become too extreme. For better or worse, no significant figure is arguing that America could or should be a truly equal, that is classless, society.

The widening of inequality since the 1970s has more to do with the rise of finance than technological change. That is why it is ‘top inequality’ – the difference between the top one per cent, or even the top 0.1 per cent, in terms of income and the rest of society – that has grown so starkly. Members of the top strata of society only receive a small proportion of their income from salaries. Instead, the bulk of their income comes from such sources as share options and cashing in on their investments. As a result, they benefit disproportionately from the rise of stock markets and property prices. That explains why top inequality has risen in parallel with the inflating of financial bubbles in many markets.

But the gravest flaw in Cowen’s argument lies in his core assumptions. He follows what could be called a hi-tech Malthusianism. In other words, he underestimates the capacity of human beings to transform their conditions. Thomas Malthus (1766–1834), an Anglican cleric and academic, argued in An Essay on the Principle of Population that population tended to grow faster than the food supply. Therefore, humanity was destined for a future of mass starvation and wars which would, in turn, keep population growth in check. With the benefit of more than two centuries of hindsight, it is clear that Malthus’s argument was woefully misplaced. The current world population is about seven times what it was when Malthus’s essay was first published, yet, on the whole, we are far better fed and have hugely higher living standards. The world is far from perfect, but people’s lives are overwhelmingly better than they were when Malthus made his dismal prediction. Yet, there was no problem with the internal logic of Malthus’s argument. If population growth did outstrip the food supply, it would indeed have awful consequences. Instead, the weakness of Malthusianism is its flawed premise: it underestimates the capacity of human ingenuity to overcome challenges.

Cowen makes a different version of the same error. He assumes that the adoption of advanced information technology must necessarily widen inequality. But it is hard to see why that would be the case. At least, in principle, high technology could lead to rising living standards for the bulk of the population, and perhaps even the narrowing of inequality. The rapid spread of mobile phones in Africa in recent years gives an inkling of this possibility. Mobiles are now common on a continent that had relatively few fixed-line phones. Indeed, mobile-payment systems in Africa are now widely regarded as more advanced than those in Europe.

Average is Over is a flawed book. It overstates the extent to which America could, in the past, be described as a truly middle-class society. It also overestimates the actual progress of technology in recent decades, while underestimating its potential to benefit all. A more thoroughgoing adoption of advanced technology still holds the possibility of improving our lives; it can, in principle, boost prosperity, improve communications and eliminate drudgery. Whether or not it achieves these goals is up to us.

Average is Over: Powering America beyond the age of the great stagnation, by Tyler Cowen, is published by Dutton. (Buy this book from Amazon (UK)).)