Time for some new answers to the Jewish Question

Too many Europeans are acquiescing to anti-Semitism instead of fighting it. 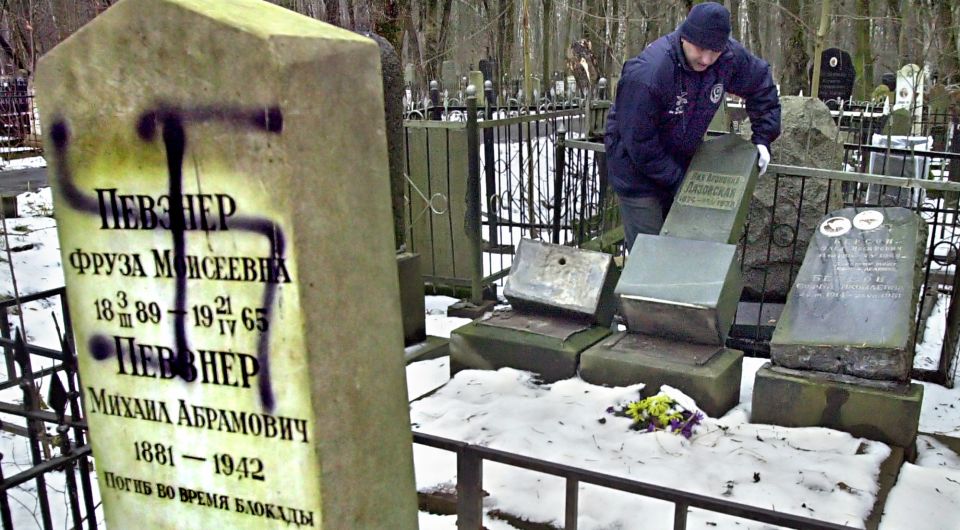 All this week, spiked is publishing articles on the Jewish Question in the twenty-first century. Here, Frank Furedi traces the recent mutations of anti-Semitism.

Throughout Western history, anti-Semitism has had various different meanings and has expressed itself in diverse ways. From 1850 to 1940, it mutated from its essentially religious, largely Christian Judaeo-phobic form into a more modern racial anti-Semitism. What endowed this anti-Semitism of the late nineteenth and early twentieth centuries with its ferocious intensity was the emergence of a virulent Social-Darwinist racialism, combined with the rise of mass politics. For demagogues of different political persuasions, targeting the Jews became a useful way of exploiting the anxieties and insecurities of the European masses. Anti-Semitism helped to consolidate the identity of European elites and provided rabble-rousers with a prime target for popular suspicion and loathing. So, paradoxically, the democratisation of public life provided an opportunity for the politicisation of anti-Semitism.

After the end of the Second World War, however, political ideologies that were explicitly racialist were discredited. Revelations of the horrific scale of human destruction in the Nazi death camps undermined the legitimacy of racial anti-Semitism. Anti-Semitism was forced into the margins of Western society, and anyone who openly expressed this old prejudice faced cultural and sometimes political sanctions. Indeed, the revulsion against the Holocaust in Western societies was so profound that in the four decades from 1945 onwards, Jews enjoyed a trouble-free existence. During these decades, as a consequence of its association with the Holocaust, Judaism came to occupy the moral high ground. The Holocaust became sacralised, turned into a unique symbol of evil. In such circumstances, open anti-Semitism was stigmatised, and those who never forgave the ‘Christ-killers’ and ‘hucksters’ were forced to keep their sentiments to themselves.

The moral rehabilitation of the Jew from 1945 to 1985 represented a kind of cultural atonement for the civilised world’s lapse into barbarism. Millions of Europeans, particularly in the West, felt a genuine sense of remorse for the crimes of the Holocaust and adopted a tolerant and liberal orientation towards Judaism. However, this institutionalisation of anti-anti-Semitism had an essentially elitist and bureaucratic character and it frequently relied upon official propaganda and illiberal laws for its authority. Instead of winning hearts and minds, it promoted administrative solutions to the problem of lingering anti-Semitism.

The feeling of revulsion against the barbarity of the concentration camps still persists today. The continuing impact of the Holocaust is strong enough to ensure that anti-Semitism can rarely be communicated in its traditional racialist form. However, a new, twenty-first-century version of anti-Semitism is being expressed today, through the language of bad faith. As existentialist thinkers remind us, people express bad faith when they feel under pressure to adopt and voice values that actually go against their inclinations. So when people say ‘I am not a racist, but…’ or ‘I don’t hate the Jews but these people are far too powerful’, they are communicating their sentiments through the narrative of bad faith. Bad faith often involves self-deception, self-censoring or cynical dissimulation.

The pressure to conform, and the fear of being socially isolated if one fails to conform, can lead to what the German political scientist Elisabeth Noelle-Neumann has identified as a ‘spiral of silence’. According to Noelle-Neumann, people’s assessment of the opinions held by the majority modifies the way they express their own views in public. Many feel anxious about articulating sentiments that differ from the consensus expressed through the mass media, so outwardly, at least, they conform to what are seen as cultural and social norms. Until the 1990s, the ‘spiral of silence’ regarding the voicing of anti-Semitism was rarely breached, apart from among far-right groups, of course. In recent years, however, the spiral of silence has been broken, and anti-Semitism is re-emerging.

What has changed is that the cultural restraints on the voicing of anti-Semitic narratives have loosened. One important influence has been the growing impact of radical Islamic sentiments on European public life. Freed from any association with the Holocaust, radical Muslim groups are not inhibited about voicing their hostility to Israel in a language that frequently expresses anti-Jewish sentiments. In recent years, the rhetoric of these Islamists has influenced certain strands of European youth culture, meaning that in some societies, such as France and Belgium, it is no longer uncool publicly to assert a loathing of Jewishness. More significantly, these brazen displays of anti-Semitism have given permission to others to relax their self-censorship and to voice their concerns about the influence exercised by ‘these people’. Finally, the emergence of anti-Israeli politics as the cause célèbre of the radical left has provided some anti-Semites with an opportunity to express their views through an apparently progressive medium.

Today, the mendacious claim that the behaviour of Israelis towards Palestinians is equivalent to what the Nazis did to the Jews – as expressed by many Islamists and some leftists – is an attempt to retain the sanctity of the Holocaust while detaching it from the Jews, weakening the claim that the Jews’ suffering in that period was unique.

Anti-Zionism should not be automatically equated with anti-Semitism. However, in recent years there have been far too many occasions when anti-Zionists have ignored or acquiesced to displays of anti-Semitism. Arguably, the most disturbing manifestation of the Jewish issue today is not the explicit vitriol aimed at Jews by radical Muslim groups or far-right parties, but rather the new culture of accommodation to anti-Semitism. We can see the emergence of a slightly embarrassed ‘see nothing, hear nothing’ attitude that shows far too much ‘understanding’ towards expressions of anti-Semitism. Typically, the response to anti-Jewish prejudice is to argue that it is not anti-Semitic, just anti-Israeli.

The most striking example of the meshing of anti-Semitism with the sentiment of bad faith is the gesture of the quenelle – the inverted Nazi salute made popular by the French comedian Dieudonné M’bala M’bala. When individuals or groups perform the quenelle, they are seeking to legitimise their bad faith by mocking official attempts to suppress their voice. Through this coupling of an inverted Nazi salute with an anti-establishment sensibility, the mocking of the Jew has the potential to become more tightly integrated into everyday life in parts of Europe. The popularity of this wink-and-nod form of anti-Semitism, and the acquiescence of a significant section of French society towards it, suggests this old prejudice has successfully broken into sections of European youth culture. In this culture, Jews have been dispossessed of the moral authority they enjoyed in the postwar period. Often accused of exploiting the Holocaust for their own ends, they serve as an all-purpose symbol of mistrust.

What is emerging is a new form of cultural anti-Semitism. From this perspective, what is objectionable about the Jews is not their racial or religious characteristics, but rather their cultural malevolence. Consequently, anti-Semitism has become a cultural resource that a variety of movements can draw upon. So in Ukraine, anti-Semitic rhetoric can be heard on both sides of the current political dispute. One of the key opposition parties leading the protests in Ukraine is the far-right Svoboda, whose leader Oleh Tyahnybok believes that a ‘Moscow-Jewish mafia’ runs his country. And if you look on the Facebook page of Berkut – Ukraine’s elite riot police – you’ll find loads of material accusing the protesters of being orchestrated by Zionist and Jewish paymasters.

From a sociological perspective, what is fascinating about Ukraine is the casual manner in which anti-Semitic themes have been adopted by both sides in the political clashes there. What this shows is that otherwise quite distinct and even contradictory political outlets can now draw on a culture of suspicion towards the Jews. This dynamic was dramatically illustrated a couple of weeks ago in Paris. What began as a ‘Day of Anger’ demonstration by 17,000 protesters against President Hollande swiftly mutated into an explosion of hatred against the usual targets. The protesters’ chants of ‘Juif, la France n’est pas a toi’ – ‘Jews, France is not yours’ – showed the ease with which a protest against the president of France can today mutate into a condemnation of a people who allegedly represent a threat to the French nation.

Back in 1897, at the First Zionist Congress, Max Nordau drew attention to the formal and limited character of the emancipation of Europe’s Jews. He declared that ‘in order to produce its full effect, emancipation should first have been completed in sentiment before it was declared by law’. History has demonstrated that it is far easier to change the law than it is to influence sentiment. History shows that we need less official commemoration of Holocaust Days and fewer Holocaust museums, and instead a far more concerted attempt to address, engage with and if necessary fight today’s sensibility of mistrust and suspicion that so readily expects the worst of the Jew. Questioning the twenty-first-century bad faith of anti-Semites would be a good place to start.