The Wolf of Wall Street: a film fit for Ed Miliband 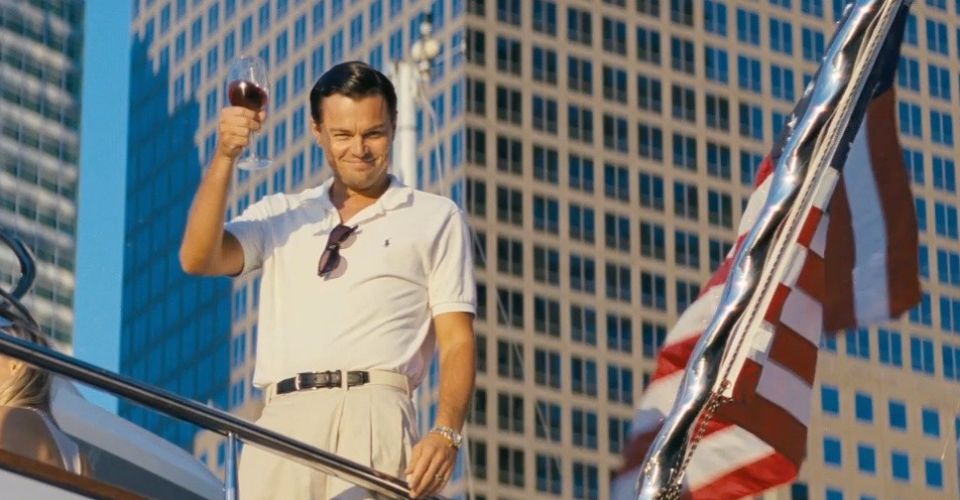 The unsubtle message of Martin Scorsese’s new film, The Wolf of Wall Street, is that there is a thin line between investment bankers and gangsters. Admittedly, investment banking is not itself illegal and its practitioners are not generally prone to extreme violence. Nevertheless, the film portrays Wall Street traders as fanatically driven men who are willing to do virtually anything to achieve their overriding ambition: to become fabulously wealthy.

This compulsion means the traders in the film are more than willing to break the law when it stands in their way. Their macho world is one in which the extensive use of drugs and prostitutes is routine, as is the ostentatious display of fast cars, large yachts, costly suits, expensive watches, and the like.

Given such excessive lifestyles, it is not surprising that the personal lives of those involved tend to suffer. Typically, male infidelity is tolerated up to the point the long-suffering wife decides it cannot go on. Domestic violence normally comes as part of the break-up as well.

Superficially, the film resembles Goodfellas, Scorsese’s 1990 masterpiece about the rise and fall of an Italian-American crime family from 1955 to 1980. The Wolf of Wall Street traces the rise and fall of a dodgy investment bank through much of the 1990s. Both movies are centred on New Yorkers from relatively humble backgrounds who are willing to do virtually anything to get rich. Both are also ostensibly based on true stories, although, no doubt, there is a lot of artistic licence involved in each.

Leonardo DiCaprio plays the title role of ‘the wolf’, Jordan Belfort. He starts his Wall Street career at an established institution in the late 1980s before setting up his own brokerage firm, Stratton Oakmont. The new outfit is not averse to high-pressure sales tactics or to swindling its customers. For several years, Belford and his colleagues manage to evade civil and criminal sanctions. Yet it is only a matter of time before the law catches up with them.

However, as the film wears on the differences between The Wolf of Wall Street and Goodfellas begin to outweigh the similarities.

Although the characters in Goodfellas do terrible things, including murder, the film retains a detached empathy for their plight. Essentially, they are outsiders who are trying to improve their lot in a world where the odds are stacked against them; the ostensible Land of Opportunity does not allow them to achieve the fortunes and the respect they crave through legitimate means.

In contrast, The Wolf of Wall Street bears an almost aristocratic disdain for the investment bankers of Stratton Oakmont. The snobbish tone is that of established wealth, someone who is ‘to the manor born’, seething with contempt for the vulgar ostentation of the self-made man. There is no attempt to understand why the protagonists act in the way they do. They are simply caricatures who are driven by testosterone-fuelled greed.

The Wolf of Wall Street marks a sad point in Scorsese’s illustrious career. He has made some excellent films, despite an uneven output. His latest movie, in contrast, seems to be just going through the motions. It is an uninspired film that takes predictable cracks at obvious targets.

It is entirely appropriate that the film was released in Britain in the same week that Ed Miliband, the UK Labour Party leader, launched yet another limp attack on the banks. Labour would likely feel comfortable with the film’s crass portrayal of investment bankers and its transparent disdain for the drive to become prosperous.

So, in the end, Scorsese has made a film fit for Ed Miliband. It is hard to imagine a worse indictment of the once-great director.

Watch the trailer for The Wolf of Wall Street: