The unlearnt lessons of Iraq

The real beneficiary of Western intervention is al-Qaeda. 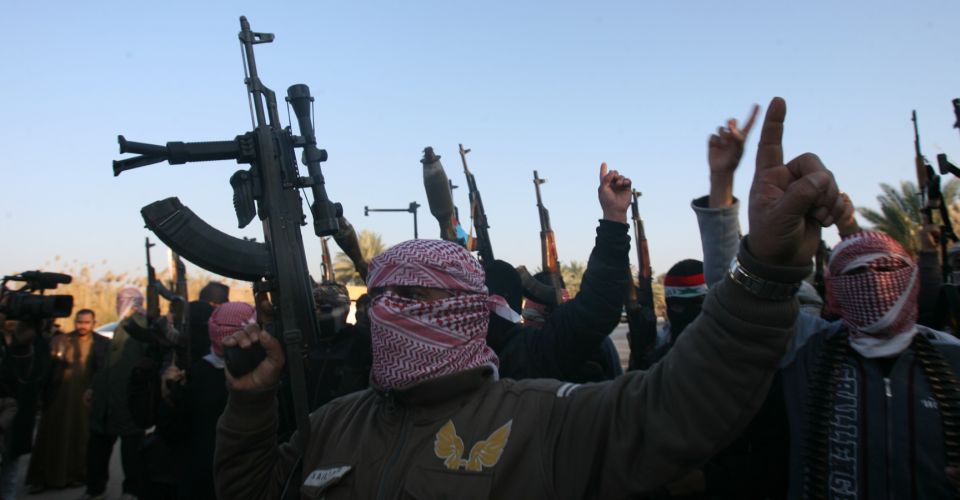 On 1 May this year, it will be exactly 11 years since the then US president, George W Bush stood on board the USS Abraham Lincoln and said of the US-led invasion of Iraq, ‘mission accomplished’. It was not exactly the most accurate statement, even by Bush junior’s standards. Despite the coalition troops having officially departed Iraq at the end of 2011, the mission, such as it was – and is – remains steadfastly unaccomplished. The insurgence is still surging, and Iraq’s government, led by the divisive prime minister, Nouri al-Maliki, is still begging the US for military help, a request to which President Obama relented a few weeks ago when he agreed to send over missiles and drones.

In fact, the situation in Iraq, a country supposedly liberated over a decade ago, looks to be deteriorating, not improving. The infrastructural basics, from healthcare to public sewerage, are still in a parlous state. The Shia-dominated government, seemingly set against Iraq’s minority Sunni population, appears to be as illegitimate as ever. And according to IraqBodyCount.org, the number of civilians killed last year as a result of the continued insurgency – about 9,000 – makes 2013 the deadliest year since 2008.

In a grisly irony, given the ‘war on terror’ rationale for much of recent Western interventionism, it now seems that the principal beneficiaries of the US-driven destruction of Saddam Hussein’s tinpot tyranny, beginning with the brutal UN sanctions regime imposed on Iraq in the 1990s and culminating in the 2003 invasion, have not been ordinary Iraqis, but a range of al-Qaeda spin-offs and affiliates, backed by various Middle Eastern states jostling for position in Iraq.

Just last week it emerged that Fallujah, a city west of Baghdad dominated by Sunnis disenfranchised by Maliki’s administration, had fallen into the hands of the Islamic State of Iraq and Levant (ISIL). Militants from this al-Qaeda-admiring group, one swelled by fighters crossing the border from Syria, are now to be found patrolling Fallujah’s streets in pick-up trucks mounted with anti-aircraft guns. If this is ‘mission accomplished’, it’s difficult to imagine what mission failure would look like.

The lesson of Iraq for those who persist in championing Western intervention is salutary, but unlearnt: external agents, in this case from the West, destroying a nation’s state, no matter how cruel its rulers, does not magically create democracy or emancipate a people. Instead it creates a vacuum where authority and order used to be. In lieu of a social movement that has constituted itself as a potential source of authority in the course of a political struggle for power, the removal of a leader simply leaves a space into which forces extrinsic to the people can fight for bits of power, exert influence, and launch political land grabs.

Which is exactly what has happened in Iraq. The Saudis, using various al-Qaeda tribute acts, have fought for their bit of influence, while Iran, with the head of its elite military organisation al-Quds to the fore, is said to be using its own client militias to profit from Iraq’s internal collapse. And beyond that, Western states look on, proving their strategic cluelessness with every grandiloquent gesture and self-aggrandising intervention.

The interventionist recklessness of Western states, so prominent over the past couple of decades, has been central to the unravelling of Iraq. Foreign policymaking grounded on a conception of material interests has been replaced by foreign policymaking grounded on what makes rulers look morally impressive to their domestic audiences. Hence the military intervention in Iraq always had an unreal, video-game-like quality. Just kill the bad guy, and everything will be fine. The years of pragmatic foreign policy, where Western states manoeuvred their own men into positions of power, are long gone; in their stead exists a dreamy, destructive, half-baked idealism-cum-narcissism. As a Pentagon report from 2007 admitted: ‘There’s fairly universal agreement that the United States government was not well poised to execute the kind of relief and reconstruction operation that was presented in Iraq after the 2003 invasion.’ Which is a polite way of saying that the US and its allies didn’t know what to do after defeating Saddam.

When it became painfully apparent in 2003 that a readymade set of leaders was not waiting in the wings of the Republican Palace in Baghdad, the US and friends decided to provide its own set instead in the form initially of the Coalition Provisional Authority, before imposing a deracinated political caste, comprising hangers-on from the Saddam era, and long-term exiles like current prime minister Maliki, on to the desert of Iraqi civil society. Or, as The Economist puts it, ‘The occupation gave birth to an “exclusive elite bargain”: a political structure built by and for the interest of a select group of players, to the detriment of outsiders and the public at large.’

Maliki, having survived rather than won two general elections, is proving increasingly dictatorial. This rather grey functionary, whose appointment as prime minister owed to his being seen as an inoffensive stop-gap by the major players at the time, compensated for his lack of meaningful political power and public support by creating a governing power bloc consisting of friends and family. Since 2006, he has tied senior army commanders and paramilitary units to himself, cemented his grip on the army, special forces and security apparatus using constitutional structures created by the US, and even established a Counter Terrorism Bureau as a means to control Iraq’s elite Special Operations Forces. As an Iraqi intelligence officer told the Guardian in 2009: ‘Maliki is running a dictatorship – everything is run by his office and advisers, he is surrounded by his party and clan members. They form a tight knot that is running Iraq now. He is not building a country – he is building a state for his own party and his own people.’

As Maliki’s desperate manoeuvring following his election defeat in 2010 showed, he is certainly someone determined to cling to power. But Maliki’s rise, his investment in and expansion of the means of coercion, his brutal suppression of protesters and terrorists alike, are all products of the weakness of the post-invasion Iraqi state, not its strength. Unable to cohere Iraq’s fractured civil society through meaningful civil institutions, Maliki is forced to resort to violence instead. The authoritarianism of his rule is not a product of his own Machiavellian perfidy as such; it’s a product of his government’s lack of authority proper. And as Iraq drifts in and out of de facto civil war, the externally backed al-Qaeda militants continue to profit from, and exploit, Maliki’s illegitimacy, particularly among Sunnis. The Iraq government’s incipient despotism is as much a product of the West’s policy of consequence-less intervention as is the emboldening of al-Qaeda in the region.

Iraq is an example of the tragic rule of contemporary Western interventions, not an exception. In Libya and Syria, for example, assorted Western coalitions of the willing have recently sought to shape the destinies of a people. These outsiders have even gone so far as to appoint these countries’ rulers, be it the now defunct Syrian National Council or the similarly discredited National Transitional Council in Libya. The result has been chaos. And once again, the main beneficiaries of the Western-sponsored assaults on sources of admittedly despotic order have been al-Qaeda militias, such as Ansar al-Sharia in Libya and ISIL and Jabhat al-Nusra in Syria. Indeed, in Syria, the putative rebels fighting Bashar al-Assad’s government forces are now spending just as much time fighting a sizeable al-Qaeda element in their midst.

So, as the Middle East continues its descent into sectarian conflict, stirred up and ruthlessly pursued by assorted al-Qaeda groupings, it’s worth remembering who made this possible, who waded into these nations, posed alongside the toppled statues of now fallen tyrants, and created the state-less conditions in which various brutal, bomb-happy militias could flourish. It was our governments.