The use and abuse of the Emmett Till tragedy

The racist atrocities of the past tell us little about today. 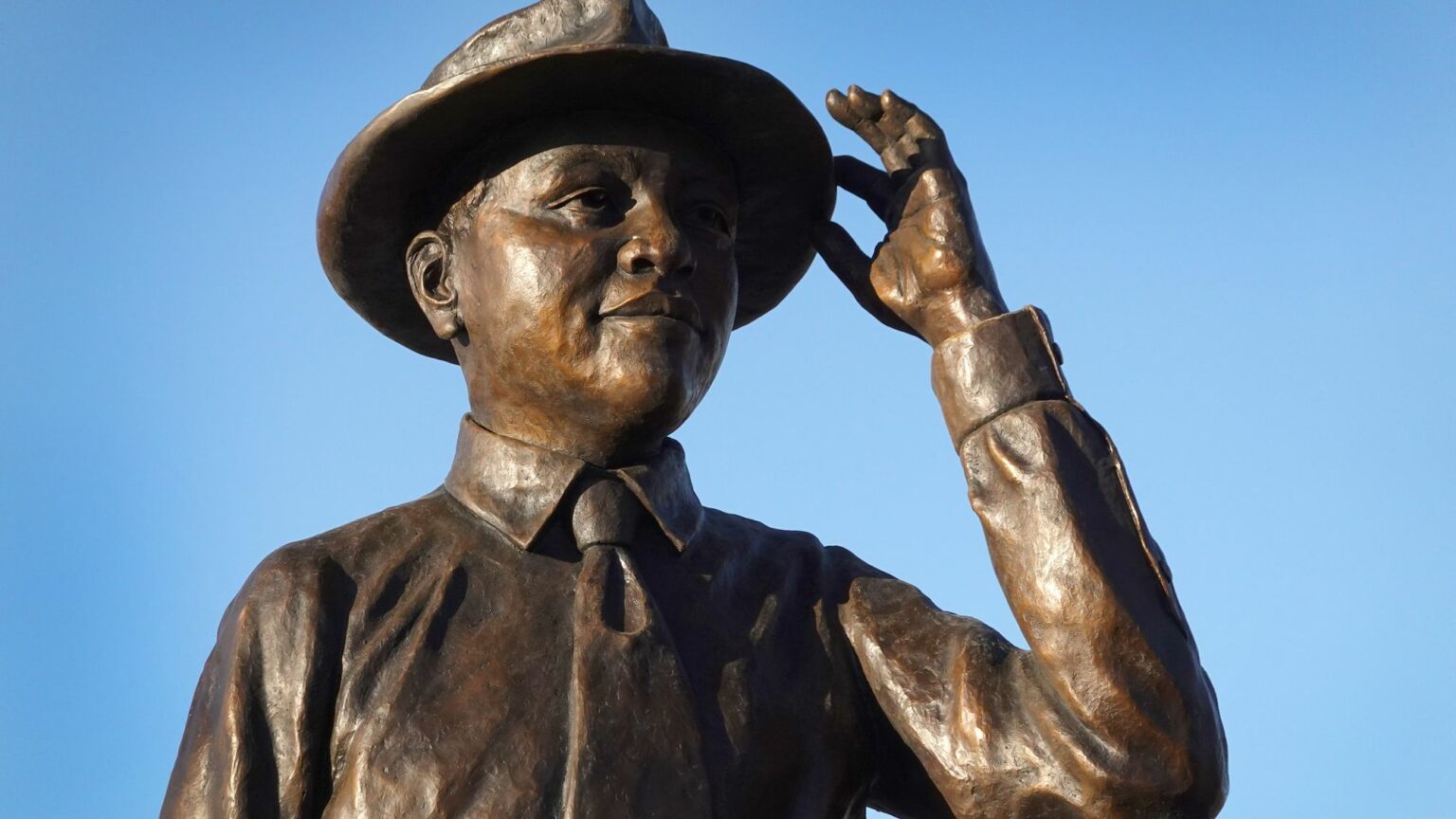 The US in the 1950s was not a time of conformity and stasis, as the stereotype suggests. It was a time of great change and anxiety, especially in the South, where the struggle against racial segregation was coming to a head.

This moment is brought to painful life in Chinonye Chukwu’s new film, Till, which focusses on the murder of 14-year-old black boy Emmett Till in Mississippi in 1955, and his mother Mamie Till’s struggle for justice. It is an impressive achievement. Till expertly conveys the unease and conflict experienced by many in America’s South, amid mounting tensions between blacks and whites.

A system of racial segregation had dominated the South for decades. But it was clear by the mid-1950s that this system’s days were numbered, especially after the Supreme Court had delivered its momentous ruling on Brown v Board of Education in 1954. This ruled that racial segregation in public schools was unconstitutional (overturning the 1896 Plessy v Ferguson ruling) – a decision that cast all racial segregation in doubt. But those upholding segregation were not going to give up without a fight. And so in 1954, Democratic senator Harry F Byrd of Virginia launched what he called ‘massive resistance’ to the Brown decision, and mobilised nearly every Southern politician against it.

It is against this background of racism and social tension, stirred in no small part by the likes of Byrd, that the events dramatised in Till take place. On 24 August 1955, Emmett Till and his cousins were outside a grocery store playing dominoes. According to his cousins, Till was boasting that back home, on the South Side of Chicago, he had a white girlfriend. His cousins dared him to ask the white storekeeper, 21-year-old Carolyn Bryant, on a date. So Till went into the store, purchased some candy and allegedly said, ‘Bye, baby’, to Carolyn. According to most sources, he also wolf-whistled her.

Carolyn’s husband, Roy Bryant, who was away at the time, heard about what happened when he arrived home on 26 August. In response, Bryant and his half-brother, John William Milam, turned up at Till’s uncle’s farm in the early hours of 28 August, and took Till away with them. Till was killed later that night. Bryant and Milam were subsequently charged with Till’s murder. They pleaded not guilty at trial and an all-white jury acquitted them later in 1955.

Afterwards, when safe from prosecution, Bryant and Milam admitted to murdering Till in an interview given in January 1956, to Look magazine. They claimed that they intended just to ‘scare some sense into him’. But according to the interview, there was no scaring Till. ‘You bastards’, he is supposed to have said, ‘I’m not afraid of you. I’m as good as you are. I’ve “had” white women. My grandmother was a white woman.’

Milam, having pistol-whipped Till, ordered him to pick up a heavy metal fan. He then shot Till in the head, before he and Bryan attached the fan to Till’s body with barbed wire and dropped him into the Tallahatchie River. When Till’s body was found, all his teeth were missing, his eye had been gouged out and his face had been bludgeoned beyond recognition.

Thanks in part to the efforts of his mother, Mamie Till, who bravely decided to show her son’s disfigured body in an open coffin, Emmett’s murder triggered international outcry. Over 40,000 attended Till’s funeral. And a picture of his open coffin, carried in black publication Jet magazine, arguably transformed the cultural atmosphere in America more effectively than the torrent of words written about the treatment of blacks in the South.

Till’s murder became a tragic but motivating symbol of racial injustice. Martin Luther King spoke of the ‘the crying voice of a little Emmett Till, screaming from the rushing waters’, in a speech delivered on 12 May 1963. And when Rosa Parks was once asked by Jesse Jackson why she famously refused to yield her seat to a white man and move to the back of the bus in December 1955, she said: ‘I thought of Emmett Till and I couldn’t go back.’

Till is not the first attempt to dramatise Emmett Till’s story. Mamie Till (who re-married in 1957 and became Mamie Till-Mobley) tried and failed to get a movie made about her son’s case in the late 1950s. The Twilight Zone attempted to tell Till’s story during two of the show’s episodes, but producer Rod Serling was forced to change so many details it was unrecognisable. Till’s story clearly informs parts of Harper Lee’s To Kill a Mockingbird, too.

But only now, in the shape of Till, has the story of Emmett and Mamie made it full and intact to the big screen. It provides a restrained, dignified and thoroughly fact-based portrayal of the tragic and awful events all those years ago. And above all it captures well the determination and dignity of Mamie Till herself, who is transformed from an ordinary and respectable Chicago mother into a civil-rights icon.

Till’s treatment of Carolyn and Roy Bryant and JW Milam is also judicious and understated, so much so that the portrait of the local sheriff as a coarse racist seems caricatured by comparison. But then, 270-pound local sheriff Clarence Strider, who baited blacks attending the Bryant-Milam trial, really was a coarse racist. Indeed, Strider arguably provided the template for our image of racist Southern sheriffs.

Still, as impressive a film as Till is, why has it been made now, nearly three-quarters of a century on? Indeed, why has the story of Emmett Till acquired a new-found political urgency so long after the original events? Congress even passed the Emmett Till Anti-Lynching Act last year, making lynching a federal hate crime, despite the fact there have been no recorded lynchings since 1981.

Some would argue that the revival of interest in a horrific racist murder 75 years ago is part of a desire to show how far we’ve come. An attempt to demonstrate the progress we’ve made since the days of Jim Crow and segregation.

But that certainly wasn’t what motivated Chukwu herself. Quite the opposite. As she sees it, it is precisely the absence of progress today, the alleged persistence of systemic racism in the present, that made Emmett Till’s story feel so contemporary. As Chukwu put it earlier this month, ‘I was not sure that I was ready to make Till, but sadly, as it too often does, history repeated itself’. She was referring to the police murder of George Floyd in 2020. ‘It became clear to me that this story needs to be told, and has to be told now’, she said. In other words, George Floyd is today’s Emmett Till. And therefore a film about the racist horrors of the past is just as much a film about the racist horrors of the present.

Chukwu is clearly not alone among our political and cultural elites in wanting to believe that little has changed over the past century. Just recall US president Joe Biden’s speech commemorating the 100th anniversary of the Tulsa race massacre last year. He promised to ‘honour the legacy’ of those who suffered ‘by reaffirming our commitment to advance racial justice through the whole of our government, and working to root out systemic racism from our laws, our policies and our hearts’. Biden was effectively using a past racist atrocity in order to justify the BLM-style crusades of today.

There’s no doubt that Till is a powerful film. But by dragging this dark historical moment back into focus, it is serving very contemporary political ends.

Kevin Yuill is emeritus professor of history at the University of Sunderland.