Sunak has already given up on Northern Ireland

The government is preparing to capitulate to the EU’s demand to carve up the UK. 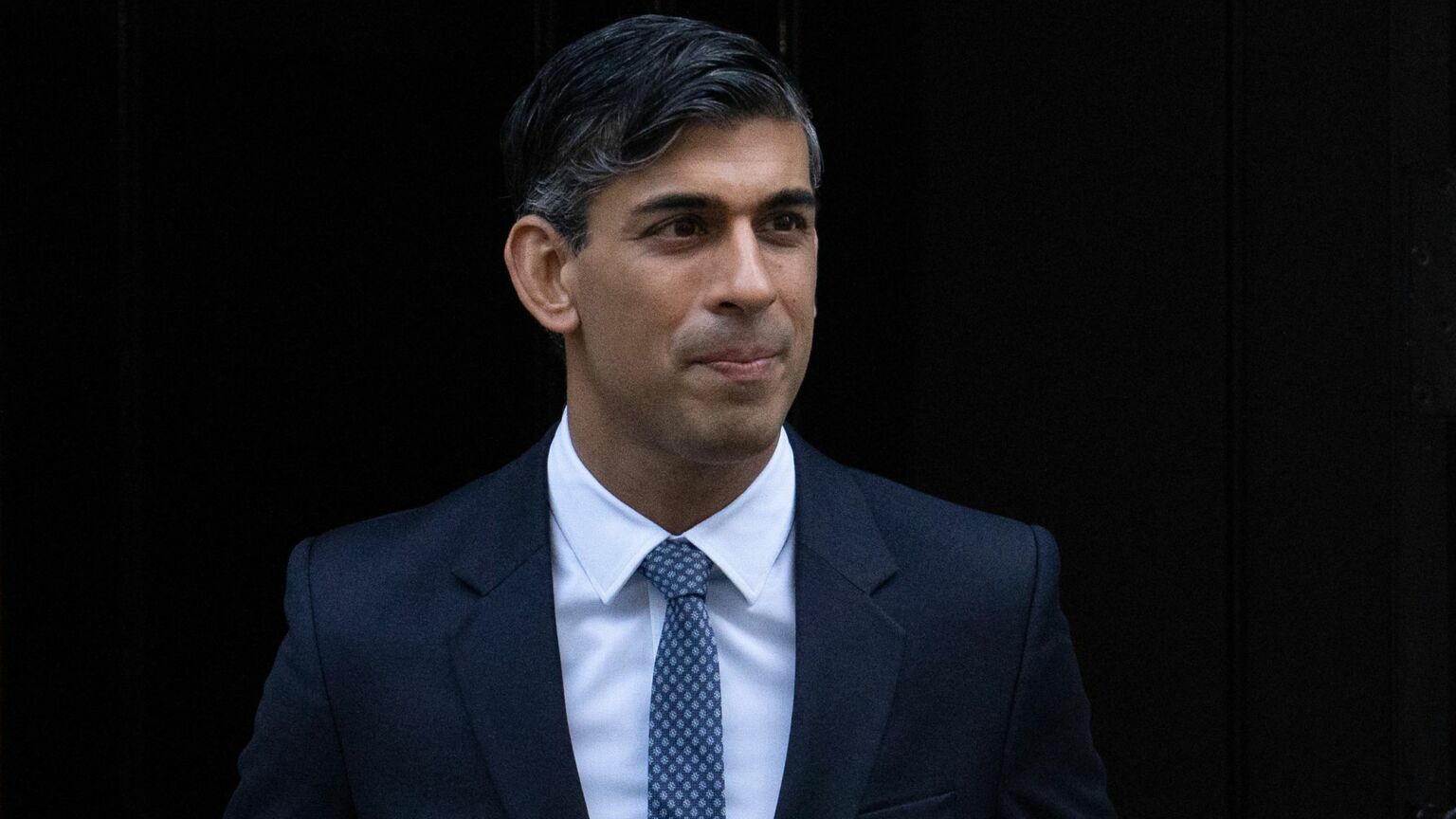 Last week, Belfast was graced by the visits of UK foreign secretary James Cleverly, leader of the opposition Sir Keir Starmer and Irish foreign minister Micheál Martin. All were there to meet local party leaders and to persuade the Democratic Unionist Party (DUP) to restore devolved government in Stormont. Unsurprisingly, they failed, as none of them gave any indication that he wanted to remove the Northern Ireland Protocol – the very reason for the DUP’s decision to collapse power sharing. Worse still, while James Cleverly was in Belfast, the UK government – via statutory instrument – quietly gave itself the power to build an international border between Great Britain and Northern Ireland.

This was an extraordinary development, although it received hardly any attention from the media. What other sovereign country in the world would, at the behest of a foreign power, put a customs border down the middle of its own country?

‘Article 64 (1) of OCR 2017 / 625’, the regulation the UK government is seeking to give effect to, requires there to be border-control posts at the entry into the European Union. By opting to potentially build those posts in Northern Ireland, the government is accepting the principle that Northern Ireland is to be treated as part of the customs territory of the European Union.

This has huge constitutional significance. The UK government continues to pretend it is seeking to restore the constitutional integrity of the United Kingdom, when in fact it is knowingly doing the opposite.

Should we be surprised? This same government recently argued in court that in protocol-related regulations the term ‘UK’ should be interpreted as meaning Great Britain only, with Northern Ireland treated as part of the EU. Last month, its lawyers told the Supreme Court there had been no change to Northern Ireland’s constitutional status, even though this is self-evidently untrue. Add to this the information-sharing agreement with the EU also agreed to last week, which will allow a foreign power access to commercially sensitive trading data, and you can understand why no pro-Union citizen in Northern Ireland has faith in the government’s public proclamations.

The UK government says it is simply taking these new powers in order to implement the so-called red-lane proposal in its Northern Ireland Protocol Bill, whereby only goods destined for the EU would be subject to checks at the Irish Sea border. This is disingenuous. Elsewhere, in an explanatory memorandum to parliament, the government says the statutory instrument is necessary to ensure its ‘existing commitments’ (ie, the protocol) are met in full.

The UK Supreme Court is currently hearing a legal challenge by a group of Unionist politicians to the protocol. That challenge will force the government to confront the true consequences of its actions.

Tellingly, the deceptions over the new constitutional status of Northern Ireland are baked into the protocol itself. The protocol claims in Article 4 that Northern Ireland is part of the customs territory of the United Kingdom, but in practice it is not.

The UK government’s doublespeak over the protocol is alarming. It suggests that the government is trying to pretend that it is committed to removing the protocol, when in fact it has no intention of doing so. I know that some ministers are concerned about this and I wonder if the prime minister is receiving an honest briefing from officials. It certainly seems that the UK government is preparing to sacrifice the Union of Great Britain and Northern Ireland in order to appease the EU.

As for the question of the border, surely it should only be down to the EU, not the UK, to protect the EU’s Single Market. We can be good neighbours and watch out for those in other countries, such as the Republic of Ireland. But a neighbourhood-watch scheme shouldn’t entail locking your neighbour’s door for them, and building a security fence down the middle of your own garden, just to make your neighbour feel more secure. That isn’t neighbourliness – that is the subjugation of the interests of one party over another, however it is dressed up.

The protocol is among the most egregious wrongs that any self-respecting country has ever inflicted upon itself. The UK has willingly and knowingly allowed part of our own country to be subjugated under the law of a foreign power (albeit, while pretending otherwise). MPs who profess to support the Union must speak out before it is too late.