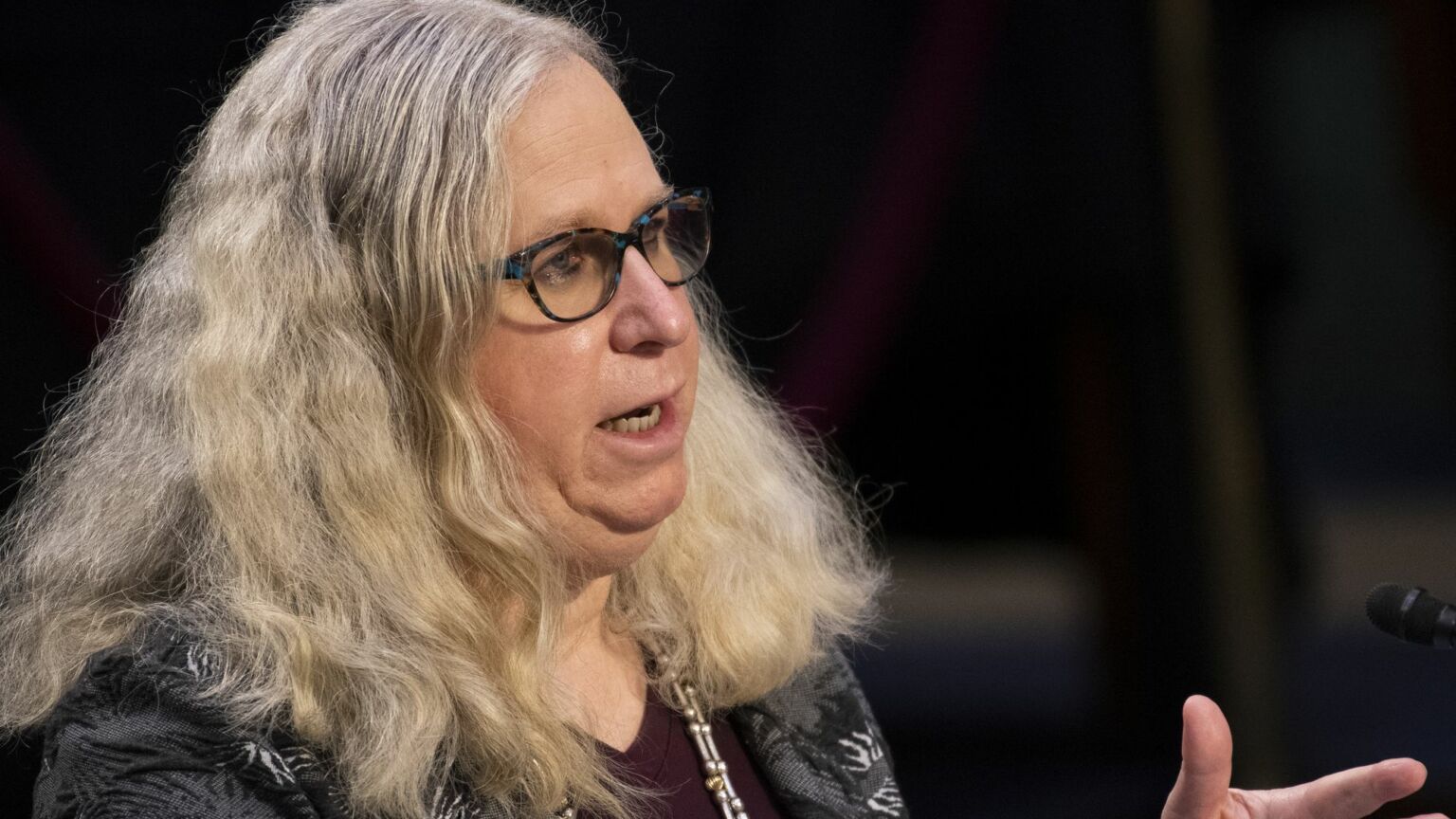 Shortly after Christmas, an alarming video surfaced from May last year. In it, a leading health adviser to the Biden administration called for social-media firms to do more to suppress ‘misinformation’ and ‘disinformation’ around the trans issue, particularly on the medical treatment that is provided to children who identify as trans.

‘The positive value of gender-affirming care for youth and adults is not in scientific or medical dispute’, proclaimed US assistant secretary for health Rachel Levine, who identifies as a transwoman. Because of this, he added, ‘we need to use our clinicians’ voice to collectively advocate for our tech companies to create a healthier, cleaner, information environment’. Levine’s crusade against misinformation and disinformation is part of a worrying authoritarian trend of governments working in tandem with corporate media and Big Tech to dictate the terms of acceptable thought.

As the self-satisfied laptop class never tires of telling us, misinformation is the kind of ‘wrong’ information that supposedly dumb people share online – usually something they’ve picked up from some scary populist. Disinformation, meanwhile, occurs when someone – a government official, say – knowingly disseminates something false, to sow confusion and discord, demoralise a target population or harm a political opponent.

Now this is awkward. I am but a simpleminded woman – sorry, person in possession of a uterus. I carelessly let my subscription to the New York Times lapse recently. I only have a master’s degree, and it’s not in gender studies. So I don’t want to spread the ol’ misinformation. But I suspect this Rachel fellow might not be telling the full truth.

After all, Levine’s central claim – that ‘gender-affirming care… is not in scientific or medical dispute’ – is fundamentally false. ‘Gender-affirming care’, in which clinicians are expected to simply ‘affirm’ a child’s chosen gender identity, has indeed been the norm in recent years across the West. But there is growing criticism of this drastic approach. In February 2022, leading UK paediatrician Dr Hilary Cass published a much-heralded interim review into the Tavistock gender-identity clinic in London. Cass wrote that the affirmation and medicalisation model the Tavistock practised ‘has not been subjected to some of the normal quality controls that are typically applied’ to new treatments, and that ‘there are significant gaps in the research and evidence base’, both in the UK and internationally. Following the report, the Tavistock clinic was slated for closure. As soon as the affirmative-care model came under rigorous expert scrutiny, its problems were there for all to see.

However, pushing back against this insanity will require more than just support from credentialed doctors like Hilary Cass. After all, a frequent tactic of trans activists like Levine is to co-opt the language of credentials and science.

We must instead simply trust our own judgement and common sense. When presented in plain English, the lunacy of ‘gender-affirming care’ is clear for all to see. It means pumping people (including children) with synthetic cross-sex hormones and cutting off healthy breasts, penises and testicles. I don’t need a doctor to tell me this is a dangerous course of action.

It is totally legitimate to question the wholesale acceptance and widespread celebration of such radical procedures, especially those performed on minors. It certainly doesn’t constitute ‘misinformation’, as Levine would have us believe. In fact, Levine’s attempt to discredit opposition to gender-affirming care is itself an example of disinformation from a government actor.

Governments, media outlets and tech companies talk constantly about the dangers posed by ‘misinformation’ and ‘disinformation’. But it is clear that these are just the latest rhetorical tools in an attempt to control what the masses think. And what’s more, it is the same people who complain about these problems who are often the biggest culprits.