The Brazilian legend was football’s first global superstar, who paved the way for all who followed. 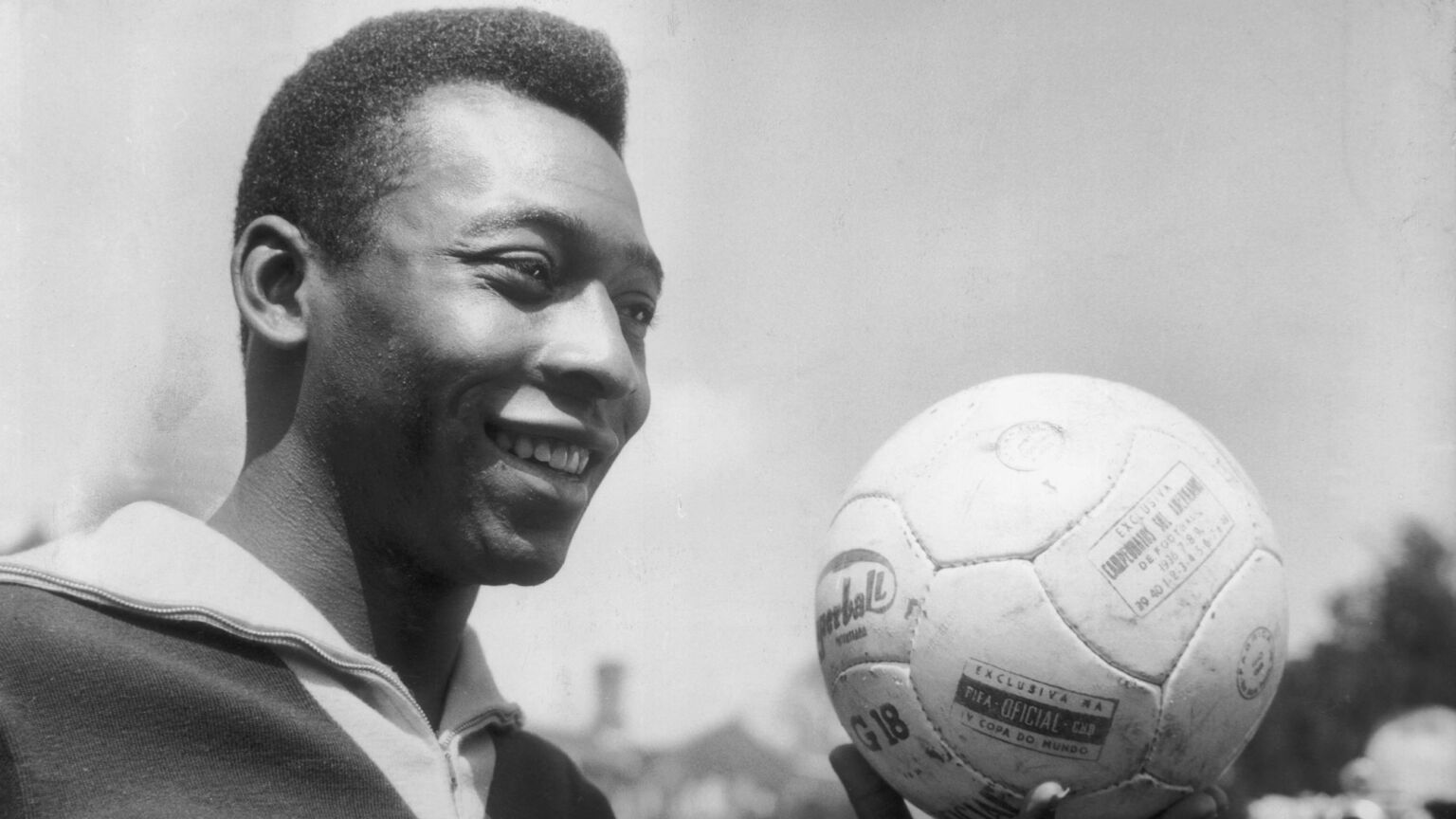 The death of Brazilian legend Pele at 82 this week has restarted the eternal football debate about who’s the ‘GOAT’ – the greatest of all time. Football being, as the old cliché says, a game of opinions, there is no single correct answer. It is as much a visceral as an intellectual issue, about how watching a player makes you feel.

And there is inevitably a generational divide. Many of those now advocating for Lionel Messi or Cristiano Ronaldo as the GOAT can only ever have seen a few grainy clips of the genius of Pele or George Best, will have been told Diego Maradona was famous for the ‘hand of God’ rather than the left foot of an angel, and might never have even heard of Ferenc Puskas.

Whatever your view of the GOAT debate, one thing is certain. Pele was the first truly global football star, the one whose explosion on to the world stage and stellar career made everything possible for those who followed him.

When the teenage Pele took the 1958 World Cup by storm, he became the first international football star of the Elvis generation. A barefoot kid from the Brazilian slums, he was the first black superstar with truly global appeal, years before the world had heard of Muhammad Ali.

Pele was the first and remains the only 17-year-old to play and score in a World Cup final. He was the first and still the only player to win three World Cups. He became the first symbol of football as the ‘beautiful game’, pioneering the sort of ball skills and magical tricks that others have since made millions from copying.

Pele’s career was defined by two World Cups. In 1958, the 17-year-old sensation scored a hat-trick in Brazil’s 5-2 semi-final win against France, and then scored two more in the 5-2 victory over host nation Sweden in the final. It might be grainy, but the film of Pele’s first goal that day, chesting the ball down before flicking it over an opponent’s head and volleying home, is a thing of beauty, the Swedish defenders apparently frozen in awe.

Peak Pele came 12 years later, at Mexico 1970. Fittingly, it was the first World Cup to be televised in colour and (excuse the slight generational bias) the greatest-ever tournament, won by the best-ever team, with the extraordinary Pele as its shining star. The fourth goal in Brazil’s 4-1 final triumph over Italy, where Pele ends a team move by rolling the ball – without looking up – into the path of captain Carlos Alberto, who rifles it into the corner of the net, remains a thing of rare beauty.

(That final could have been even better had Brazil faced the holders England, arguably a better team than the one that triumphed in 1966. After the group game between the two teams in Mexico, a 1-0 Brazil win in a match made famous by Gordon Banks’ wonder save from Pele’s header, Bobby Moore’s perfect tackle on Jairzinho, and the shirt-swapping embrace between Pele and Moore at the end, legend has it that the two stars agreed they would see each other again in the final. But England blew a 2-0 lead against West Germany in the quarter-final, and the rest is a bitter history of disappointments.)

Between those two triumphs, Pele played in two other World Cups. But though he received another winner’s medal in Chile in 1962, injury meant Pele played little part in Brazil’s successful campaign; his replacement, Amarildo, scored the goals that helped Brazil win again. Then in 1966, in England, Pele was hacked out of the tournament by such brutal defending that he swore never to play in another World Cup.

These setbacks are a reminder that Pele, like Best, plied his skills in an age when defenders were licensed, if not to kill, then at least to maim great players with near-impunity. It is a testament to his resilience that Pele prospered against those odds and came back to triumph in 1970. Indeed, though only five feet nine, the tough kid from the backstreets could give as well as take it when required.

Since his death, there has understandably been much honeyed reminiscing about Pele and the beautiful game from the new middle-class soccerati. Yet the irony is that, if the footballing pioneer was playing today, those same woke soccerists would be criticising Pele for his political views – or apparent lack of them, at least during his sporting prime.

Unlike Ali or Maradona, Pele never took an obvious political stand on the side of the poor and oppressed communities that he came from. Indeed, he has been accused of allowing himself to be used as a political symbol by Brazil’s murderous military dictators, who turned the triumph of Mexico 1970 into a nationalist propaganda campaign.

Others have defended Pele as a footballing symbol of hope for the people. Brazilian musician and political activist Gilberto Gil insists that, in the darkest hour of the dictatorship, ‘Pele was a shining star, glowing in the black sky of Brazilian life, symbolising the promise of a fairer and happier country’. Asked about his relationship with the regime, and its exploitation of his triumphs on the pitch, Pele simply told Netflix documentary-makers that, ‘When the football starts, your heart takes over and you only care about football’. That might sound fair enough for a sportsman who never pretended to be anything else. But it would be unlikely to wash with much of Pele’s soccerati fanclub today, who insist that players must make the correct political gestures to qualify as heroes. But Pele was a footballing hero, and the outstanding pioneer of the modern game.

For what it’s worth, in the debate about the World Cup GOAT, my vote always goes to Maradona, who won the trophy for Argentina more or less single-handedly in 1986, rather than as the star of a truly great Brazilian team. That, however, is to take nothing away from Pele – the first footballing superstar whose outrageous talent made him a global hero before Maradona was born, and who will thus always remain the first among equals.