The real threat to German democracy

The state’s overreaction to the ‘Reichsbürger’ plot poses a far bigger danger than these reactionary oddballs. 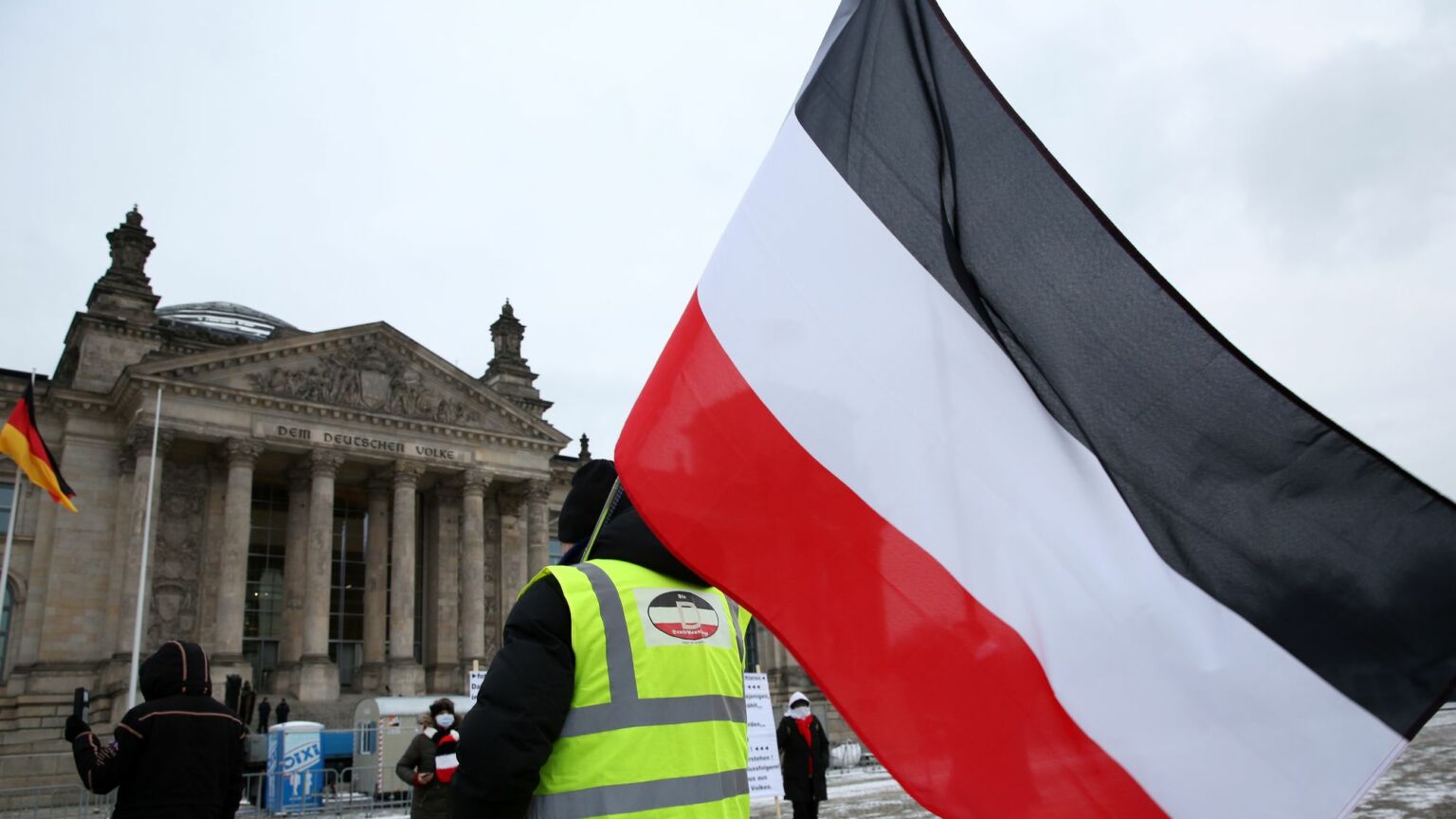 The German state oversaw one of its largest anti-terror operations in its modern history last week. Approximately 3,000 police officers arrested 23 suspects in raids carried out on Wednesday morning. Those arrested were members of the Reichsbürger – one of the oddest and most obnoxious movements to have emerged in Germany in recent years. It is alleged that those arrested were conspiring to overthrow the state and install a shadow government headed by an obscure German nobleman.

German chancellor Olaf Scholz was clearly pleased with himself after the raid. He hailed it as an example of Germany’s ‘defensive democracy’ (wehrhafte Demokratie) in action. This refers to the modern German state’s willingness to curtail certain democratic freedoms to protect itself from the far right.

The Reichsbürger are deeply reactionary, anti-democratic and conspiratorial. They claim that the old German Reich, which collapsed at the end of the First World War, was never legally abolished and that modern-day Germany is therefore an illegal construct. They believe Germany’s democracy is a sham, which conceals a secret deep state pulling the strings behind the scenes. In its place, the Reichsbürger want to recreate the Germany of the late 19th century, which includes reinstalling a Kaiser as ruler.

The fact that such a bizarre movement has been growing in size – from around 19,000 supporters in 2019 to an alleged 23,000 in 2022, according to the police – shows us that something is clearly going wrong in Germany. The Reichsbürger have not been growing in a political vacuum. Indeed, they have grown partly as a response to the German government’s authoritarian handling of the Covid pandemic. The Reichsbürger’s black, white and red flags (the colour of the flag of the old pre-1918 German Reich) could often be seen at anti-lockdown demonstrations. This made it all too easy for the pro-lockdown lobby to present any opposition to Covid restrictions as the product of far-right conspiracy theorists.

The Reichsbürger have also been violent at times. During a raid on a Reichsbürger building in 2016, three police officers were injured and one was killed. Earlier this year, one member ran over and seriously injured a policeman with his car. They also have members with military skills. Some of those arrested last week were former German soldiers, including a member of an elite military unit (the KSK).

Yet it is important not to exaggerate the threat the Reichsbürger pose to the German state. Which is what the government deliberately seems to be doing. Interior minister Nancy Faeser spoke of the alleged plotters as a ‘terrorist threat’, despite the fact those arrested looked more like confused pensioners than hardened insurgents. Indeed, the alleged head of the conspiracy, a 71-year-old member of a largely unknown former noble family, is called ‘Prince Reuss’ (or Prince Henry XIII). A relative of the prince told reporters that, while the ‘prince’ does have nutty ideas and is bitter about his loss of social status, it is hard to imagine him as the ringleader of a conspiracy. At the time of writing, there is also no trace of the huge cache of military hardware that was alleged to be somewhere on the prince’s estate – although some swords, rifles and crossbows have been found.

It will be up to the courts to decide whether the government’s response was proportionate to the danger posed by the Reichsbürger. The government’s approach certainly raises questions. Some commentators are already asking why a supposed anti-terror operation was turned into such a large media spectacle. ‘Normally, if something very dangerous happens in this country, the authorities work especially discreetly’, notes one commentator in the Berliner Zeitung. ‘Black-clothed policemen kick down doors in the middle of the night and drag criminals out of bed. They do this because they don’t want [other suspects] to disappear or destroy material that could be held against them.’

So why did the usual counter-terror protocol seem not to apply to the Reichsbürger? The raids were covered live by several TV channels, which prompted one Left Party politician to call it a PR stunt. She even claims that media representatives had been informed of the names and addresses of the suspects two weeks ahead of the raids.

Most worrying of all is the way in which the Reichsbürger affair is now being exploited by the coalition government. The interior minister has already announced a series of new, restrictive laws in its wake. For example, one proposed law will make it much easier to sack any employee of the state, from teachers to firemen, if they are accused of ‘unconstitutional’ activities.

The right-populist AfD has also come under fire, after it emerged that one of the main suspects arrested last week is a former member of its parliamentary faction. Leading politicians – including the SPD’s Boris Pistorius, the interior minister of Lower Saxony – have called for the AfD to be banned. Others, like the Green Party’s Konstantin von Notz, have openly expressed concerns about AfD politicians being able to freely enter the Bundestag. It is hard not to suspect an ulterior motive here. After all, the AfD has noticeably been gaining support recently, against a background of rising inflation, energy shortages and war.

The Reichsbürger are far from harmless. And it is right for the state to clamp down on any likely threat of violence. But it does look as if the government is using the Reichsbürger plot to damage and even silence its opponents. So if there is a threat to democracy here, it doesn’t just come from the Reichsbürger. It also comes from those politicians who are willing to erode key democratic principles, all while claiming to be defending democracy.